The achievement for finishing this additional episode is currently listed as â€˜rareâ€™. This seems a trifle odd, as not only is this add-on free but itâ€™s also rather short, lasting around two hours.

We can only assume it has taken such a long time coming (it was originally due shortly after RE VIIâ€™s launch) that many Resident Evil fans had simply given up waiting, either trading-in their copies or forgetting about it entirely.

Not a Hero sees franchise stalwart Chris Redfield head back into the abandoned mine under the Bakerâ€™s property, in a bid to rescue three captured squad members. Resident psychopath Lucas has rigged the mine with a few nasty surprises, turning it into a mental challenge of sorts. Thereâ€™s nothing here quite as elaborate as the main gameâ€™s â€˜Happy Birthdayâ€™ VHS tape, though. In fact, this add-on is rather archaic in terms of design. 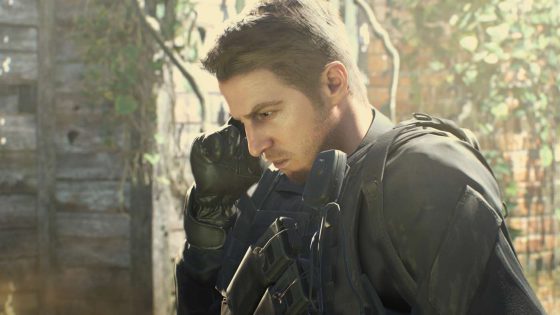 After a spot of mindless shooting, Redfield finds himself in a large central cavern. From here, three paths lead off to a trio of rather non-descript tunnels, each of which houses an item required to progress. These mostly come in the form of upgrades for Chrisâ€™ military-grade helmet, with the premise being that some caverns are full of toxic gas; something that adds a welcome sense of urgency.

Chris Redfieldâ€™s bulging biceps are put to good use, used to knock seven shades of mould out of the main gameâ€™s common foes. Soon, a new enemy is introduced â€“ one that must be avoided until a new ammo type is discovered. This also leads to a few panicked moments. Alas, theyâ€™re only fleeting â€“ once Redfieldâ€™s trusty pistol is locked and loaded, these new enemies go down with one hit.

As for puzzles, thereâ€™s just one, which simply involves shoving a few minecarts into position. Rest assured that the focus remains on action here, backed by the presence of a colossal enemy stalking the mines, and the final confrontation with Lucas â€“ Not a Heroâ€™s showpiece. 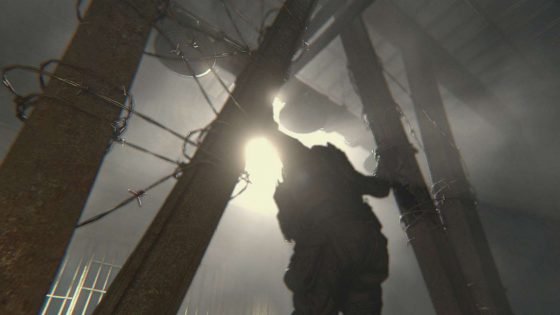 Although there is scope for an additional playthrough â€“ the elusive antique coins return, and thereâ€™s an extra unlockable difficulty mode â€“ Not a Hero is very much a â€˜one run and doneâ€™ experience.

Itâ€™s hard to sniff at a two-hour chapter thatâ€™s free, considering it manages to engage for its duration, but we have a feeling it wasnâ€™t delayed to make improvements. Weâ€™re more inclined to believe Capcom pushed it back until the launch of the â€˜Gold Editionâ€™ as had they charged even just a fiver (or thereabouts), chances are it would have still been criticised for feeling a tad insubstantial.