The Nintendo Switch eShop is utterly restless. Hot on the heels of last weekâ€™s twenty-five (!) game assortment comes another sizeable selection of titles.

Of these, SteamWorld Heist: Ultimate Edition (Â£14.99) is arguably the biggest. As the name suggests, it includes content previously released as DLC, including The Outsider campaign. For those not aware, SteamWorld Heist is a very different game to SteamWorld Dig, being a tactical turn-based shooter that allows for awesome trick shots.

Sticking with belated conversions, we also have Stikbold! A Dodgeball Adventure DELUXE (Â£17.99), which is less of a sports sim and more of a party game, and the popular match-three puzzler Sparkle Unleashed (Â£6.99). Hamster also has a double whammy of Arcade Archives titles – The King of Fighters ’96 (Â£6.29) and the coin-op iteration of Double Dragon (Â£6.29). 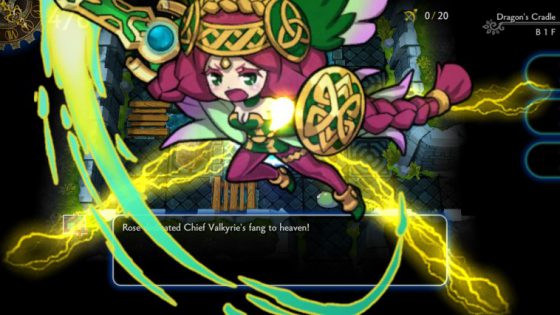 This leaves us with the anime-flavoured roguelike DragonFangZ – The Rose & Dungeon of Time (Â£17.99), the checkers/chess hybrid Tactical Mind (Â£2.69), the minimalistic puzzler Energy Cycle (Â£2,69), and the four-player run and gunner Mecho Tales (Â£5.99 until 4th Jan – Â£7.49 thereafter).

No 3DS or Wii U games are lined up for this week, but the 3DS does receive a demo of MIGHTY GUNVOLT BURST to coincide with a temporary price drop to Â£6.29. Speaking of discounts, The Jackbox Party Pack 4, Letter Quest Remastered, NBA 2K18, Slain: Back From Hell, Tower Of Babel, Tumblestone, and VÃ¶lgarr the Viking are all due a price drop on Switch.

Alternatively, the stone cold classic Garfield Kart on 3DS is down to Â£3.74. Who could possibly resist?

Next week: Pic-a-Pix Deluxe and The King of Monsters.