Out of the 25 (twenty-five!) new releases lined-up for the Switch this week, itâ€™s the oldest out of the lot that piques our interest.

Arcade Archives VS. SUPER MARIO BROS. (Â£6.29) marks the first time this arcade-tailored rendition of Super Mario Bros. has reached a home console. Intended to be a coin guzzler, it features more enemies and fewer power-ups. It also had six new levels, which eventually made their way into The Lost Levels. In the absence of Virtual Console for Switch, itâ€™s easy to imagine this being a big seller. 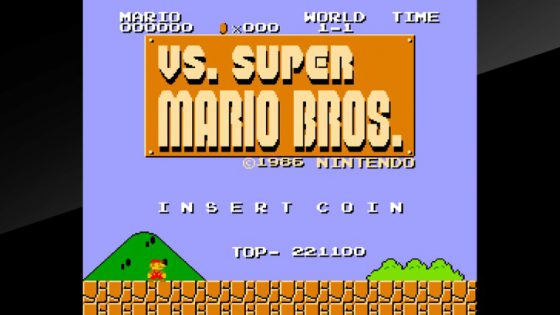 We also have The Deer God (Â£7.19) and Bloody Zombies (Â£10.99), two games which weâ€™ve reviewed on other systems. The Deer God is a pixel-art platform adventure about life and reincarnation, featuring looping level design â€“ new locations donâ€™t appear until beating existing quests, prompting you to run indefinitely until working out what to do next. We slapped the Xbox One version â€“ a Games with Gold freebie â€“ a 6/10 back in 2015. 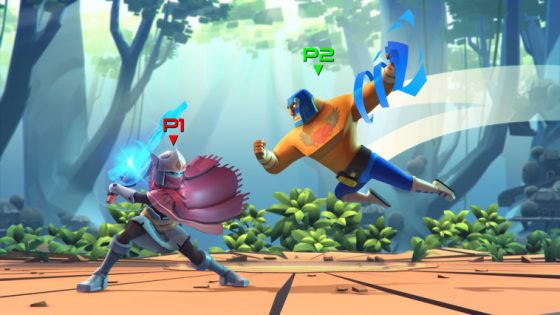 Bloody Zombies is a darn sight newer, arriving on PS4 and Xbox One just a few months ago. Itâ€™s a brash and brutal scrolling brawler with online play that takes a while to master â€“ if you donâ€™t make good use of special moves or learn how to block/evade, then youâ€™ll face the â€˜Game Overâ€™ screen often. We gave the PS4 version 7/10 in September.

Time to round up the remaining release:

TINY METAL – Â£19.99
An indie take on Nintendoâ€™s Advance Wars that has its heart on its sleeve. Nintendo Life was left largely impressed, awarding it 9/10: â€œUpon this handsome foundation Area35 has crafted a tactical wargame which is every bit as compelling, addictive and challenging as its inspiration, while adding in a storyline of surprising drama and complexity.â€

Brawlout – Â£17.99
Another that takes inspiration from a key Nintendo franchise. Namely, Super Smash Bros. The character line-up features more than a few indie stars, including pugilists from Hyper Light Drifter and Guacamelee.

Floor Kids – Â£15.99
Get down on the floor with this sketch-book style breakdance battler.

Crawl – Â£12.99
A randomly generated arcade dungeon crawler for up to four players, complete with a twist â€“ players can take control of every trap and monster within a dungeon, even the hulking final boss.

Frederic: Resurrection of Music – Â£4.85 until 4th Jan (Â£5.39 thereafter)
A â€œone-of-a-kind adventureâ€ that places you in the boots of a recently resurrected Frederic Chopin, out to save the world of music from mass-produced popstars.

Mom Hid My Game! – Â£4.49
A Japanese â€˜Escape Gameâ€™ from Kemco, which sees a child try to find his confiscated console. Also available on New 3DS.

Puzzle Box Maker – Â£13.49
The description for this pixel-art package is vague. Seems you can create simple platforming stages and share them online.

The Next Penelope â€“ Â£10.99
This fast-paced racer is similar to Micro Machines, only with a risk-reward system. Might be worth a pitstop.

Blossom Tales: The Sleeping King – Â£13.49
Another 2D dungeon crawler, this time taking cues from Zelda: A Link to the Past. Five dungeons feature, offering over 15 hours of play.

Hammerwatch – Â£8.99
Also out on Xbox One this week, Hammerwatch is a top-down hack and slasher with four-player support. Online multiplayer is coming at a later date. 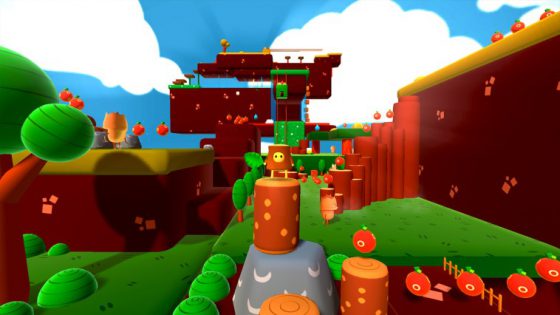 A new Mario Party is usually a reason for celebration, but this yearâ€™s iteration has been met with mediocre reviews. The Metacritic currently stands at a sloppy 59%, with one of the latest reviews being a dismal 4/10 from God is a Geek. â€œWhat The Top 100 really showcases is that the Mario Party series is in a need of a major shake up, itâ€™s in need of a reinvention, not a wistful look at the past,â€ they said.