Considering the Switch is tipped to sell out during the run-up to Christmas, itâ€™s no surprise to find developers tumbling over one another to get their new releases on the eShop before the big day. 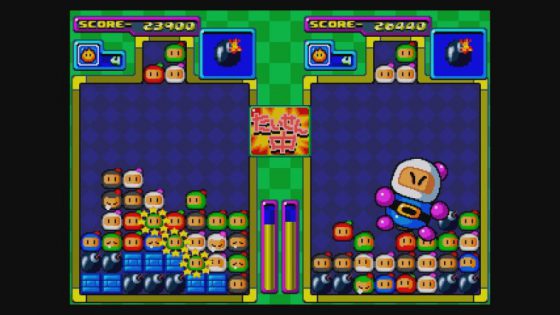 We reviewed the Xbox One version of Jandusoftâ€™s caveman caper back in September and found it to be pretty good. It’s a bit of a slog when on your lonesome, though, so it’s only recommended if youâ€™re planning to play co-op.

Then we have Slain: Back From Hell (Â£17.99), a Castlevania style 2D hack â€˜n slash platformer. Despite holding much promise, it’s hard to recommend â€“ an unfair difficulty level sucks all the enjoyment out of it, leaving pretty pixel art and little more.

We can at least vouch for Tennis in the Face (Â£4.49), a fun little Angry Birds style physics puzzler. The Xbox One version garnered 7/10 from ourselves roughly a year ago. 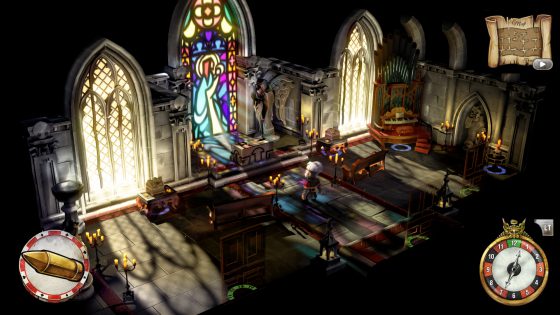 As for the biggest Switch release of the week, itâ€™s a toss-up between WWE 2K18 (Â£54.99) and The Sexy Brutale (Â£17.99). No reviews of WWE are pinned down at present, but it sounds like 2K Games has given it their all â€“ all the major features are present, right down to a dreaded season pass.

The Sexy Brutale meanwhile became a sleeper hit over the summer. It’s a murder mystery set around a 12-hour loop, with the idea being to solve and prevent murders â€“ including your own â€“ as the story unfolds in real-time.

The PS4 version receive a whopping 10/10 from Jim Sterling. â€œI fear this one will get lost in the shuffle of big budget games, but make no mistake â€“ The Sexy Brutale deserves as much attention as any Horizon, Zelda, Nioh or Persona,â€ he said.

Nine Parchments – Â£17.99 (demo available)
Another prolific release, thanks to the developerâ€™s record of accomplishment â€“ this co-operative action-RPG comes from the minds of the almighty Trine.

Dimension Drive – Â£11.99
A 2D space shooter with an intriguing twist â€“ two games are played at once, with the screen split down the middle. Guaranteed to test your multitasking skills.

Embers of Mirrim – Â£15.29 (Demo available)
An adventure-platformer in which two alien races join forces and are controlled independently. The PS4/XO versions were well-received.

Human: Fall Flat – Â£14.99
This pleasingly silly physics-based puzzler also went down well on the likes of PS4, gaining a mixture of 7s and 8s.

Teslagrad – Â£12.14 until 28th Dec, Â£13.49 thereafter
Another oldie, having graced the Wii U many years ago. This puzzle/platformer is fairly well liked, thanks to some clever puzzles based around magnetism and electricity.

Yodanji – Â£4.49
Kemco is responsible for coffee-break roguelike, based upon Japanese folklore tales.

Next week: Yooka-Laylee, The End is Nigh, Mutant Mudds Collection, Unepic, and One More Dungeon.