Console bundles proved immensely popular during Black Friday, with most of the titles in the UK top ten packaged with either a shiny new PS4 or Xbox One.

Software sales were up 89% over last week, and 3% up over Black Friday 2016. To give a clearer image, it was reported that 1.9 million games were sold during last yearâ€™s Black Friday. 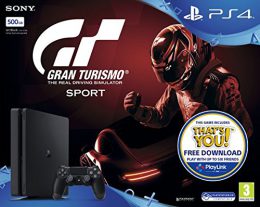 Call of Duty: WWII managed to retain the top spot, making it four weeks in a row, while FIFA 18 moved up one position to take #2.

Popular PS4 pack-in Gran Turismo Sport managed to rise to #3, up from #12.

EA’s Star Wars Battlefront II was the only game in the top ten to take a tumble, falling to #4.

Wolfenstein II: The New Colossus made a triumphant return at #7. The Evil Within 2 wasnâ€™t as lucky, merely re-entering at #29.

Finally, Need for Speed Payback rounds off the top ten.

As for new releases, Knowledge is Power and Hidden Agenda â€“ both of which are also being packaged with PS4s this winter â€“ arrived at #14 and #15 respectively.