Call of Duty: WWII has managed to hold onto the UK chartâ€™s top spot for a third week running, fending off EAâ€™s Star Wars Battlefront 2.

According to Eurogamer, physical sales of Battlefront 2 were down 60% over its predecessor. However, itâ€™s highly likely that Battlefront 2â€™s digital sales were far higher than that of the original. If Destiny 2 was anything to go by, weâ€™d wager by around 30%. 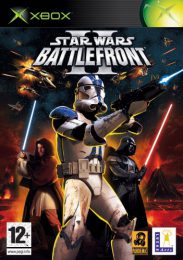 As youâ€™ve no doubt heard, fans havenâ€™t taken kindly to the gameâ€™s pay-to-win nature and the ludicrous requirements to unlock heroes.

The backlash was so immense that license holders Disney allegedly stepped in, concerned that EAâ€™s actions were harming the Star Wars brand.

FIFA 18 moved down to #3, while PokÃ©mon Ultra Sun and Ultra Moon made #4 and #5 respectively.

AC Origins fell three places to #6, The Sims 4 made #7, LA Noire Remastered entered at #8 â€“ with the PS4 version being the biggest selling â€“ while Super Mario Odyssey sticks around at #9.

Then at #10 itâ€™s LEGO Marvel Super Heroes 2, again with the PS4 version out in front.

Worry not, as it did manage to make a far more respectable #3 in the Switch chart.