When it comes to discussing bad games itâ€™s all too apparent that many internet pundits rely on second-hand impressions and recycled knowledge. Why experience the true horror of something first-hand, when you can head to YouTube and watch half-a-dozen gameplay videos and chalk up a few key observations? The answer, of course, is because itâ€™s extremely lazy.

Attack of the Flickering Skeletons‘ creation was anything but. When the time came to seek out more terrible games for a sequel to his first book, popular YouTuber Stuart Ashen tracked down original copies of each title and played them on authentic hardware. This removed any chance of a gameâ€™s terribleness being down to emulation quirks.

Subsequently, Ashens has now ended up with a house full of rickety â€˜80s computers; quite possibly a nightmare scenario for some.

For a game to be eligible, it had to be commercially released on a computer during 1980-1995. This meant no public domain games, and certainly no console/handheld games. Those hoping to see SEGA and Nintendo software get a grilling arenâ€™t entirely left out, however, as weâ€™ll soon reveal. 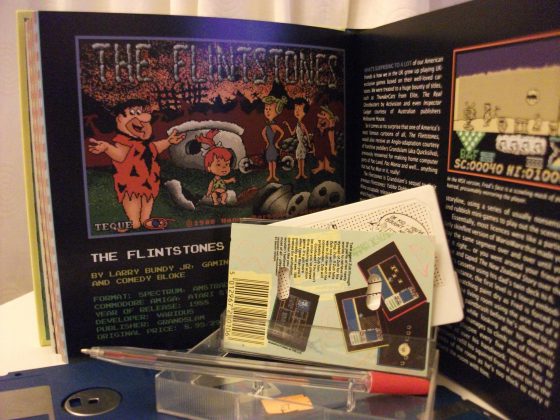 Boasting far more pages than his first book, the full-colour Attack of the Flickering Skeletons was clearly a large undertaking. As well as looking at 20 terrible computer games, there are pages dedicated to the worst joystick of all-time, eye-offendingly awful box art, and a (very) brief tribute to the ill-fated Commodore 64 Games System.

Ashens has dug deep to find truly awful titles for the likes of the ZX Spectrum, Commodore 64, Amiga, and Atari ST

The Commodore 64 Coin-Op Conversion Battle Royale is by far the most substantial extra, chalking up the differences between the US and European versions of several big-name games. Elsewhere, the lowest scoring games from a variety of â€˜80s gaming magazines receive shout-outs.

Like before, chances of being familiar with the main entries are slim. Ashens has dug deep to find truly awful titles for the likes of the ZX Spectrum, Commodore 64, Amiga, and Atari ST. A select few are so bad that theyâ€™re borderline unplayable, or â€“ as is the case for Mystery Manor â€“ completely broken.

Speaking of broken games, Ashens finally figured out how to get past the first screen in SQIJ â€“ a past entry â€“ so that receives a second look.

The main entries are presented in a uniform fashion. The intro page merely features the title screen and box art, along with a chunk of text that begins to explain the aim of each game and why they fail miserably to entertain. Ashensâ€™ descriptions are so thorough and detailed that itâ€™s possible to get a good idea of how a game looks before turning the page and witnessing the true horror for yourself. 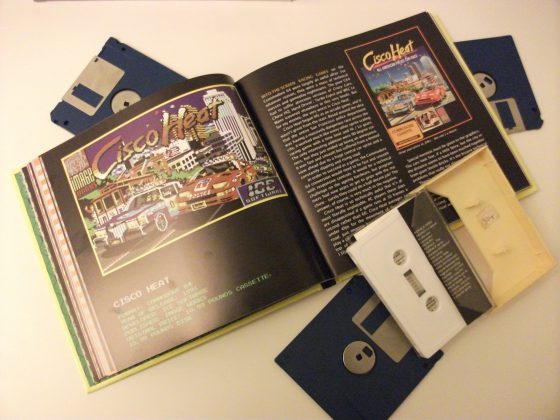 Itâ€™s more than evident that Ashens spent time with each entry, and that he tried his hardest to see them through to the end (where applicable). The movement of the graphics and the fluidity of the animation (or lack of), and the colour palettes used are covered in fine detail. The only downside we could mention is that Ashens is perhaps a little too fond of exclamation marks. That said, they do help to convey his trademark upbeat tone.

Moreover, he explains why each game is bad, rather than simply saying so. This is where many bad game reviews fall apart – anybody can state that a game has poor controls; explaining why is a different matter.

Each entry is as well-researched as the last, with versions available for other formats receiving a quick mention in addition to rundowns of what the creators went on to develop next. Good alternatives are provided too, along with quotes and review scores from the gaming press.

Between entries there are interviews with other YouTube personalities. Ashens asked the likes of Jim Sterling, Total Biscuit, Laura Kate Dale, Kim Justice, and the Nostalgia Nerd to name and shame the worst game theyâ€™ve ever purchased. After hearing that Daniel Ibbertson (Slopeâ€™s Game Room) spent Â£40 on Kris-Kross: Make My Video, Ashens decided to cast aside criteria bound to the rest of the bookâ€™s contents. And so, we have pages dedicated to the slightly more modern likes of WCW/NWO Thunder on PSone, and the Nintendo Game Boy duffers Oddworld Adventures and Barbie: Game Girl. 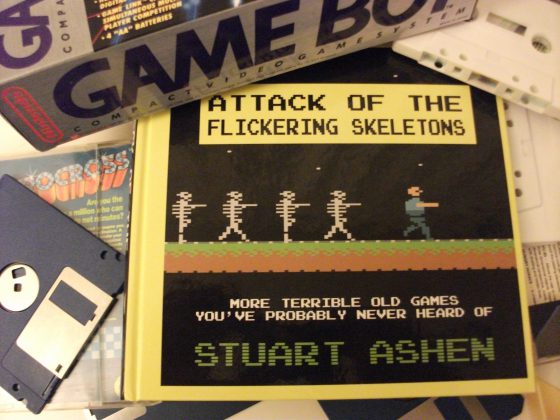 These are amusing reads, carrying on the comical tone. Jim Sterlingâ€™s piece comes across as a bit slapdash when compared to the rest, however, being just a vague memory of never getting past the first screen in Oceanâ€™s movie tie-in Short Circuit. We expected more from gamingâ€™s #1 kiss boy.

Mentskiâ€™s piece fares immeasurably better. The one credit champion goes beyond the call of duty to provide a rogueâ€™s gallery of shoddy arcade conversions, most of which were by (whisper it) Tiertex.

Ashensâ€™ ten-page spread on Hareraiser is also worthy of a mention, as itâ€™s a game with a story like no other. In fact, it wasnâ€™t even a game; more of an interactive treasure hunt, leading to a real-world location. It so transpires that Hareraiserâ€™s puzzle was intended to be impossible to solve, and nothing short of a sham. To top it off, the game was split into two releases for no reason other than to swindle more money from those already invested. Because nobody likes being tricked twice, the second game is hard to find.

Unlike the terrible titles featured within, you can rest assured that Attack of the Flickering Skeletons is more than deserving of your cash. Itâ€™s a compelling read that proves if you go to the length of experiencing something yourself, youâ€™ll find lots of unique titbits that havenâ€™t been covered before.