Itâ€™s the busiest time of year for the gaming scene, and as such, more gaps in the Switchâ€™s library are being filled. This week the system receives its first big-name shooter, meaning we can tick that box off the list. Sorry, Rogue Trooper Redux. Youâ€™re now surplus to requirement.

DOOM on Switch is pretty much what youâ€™d expect â€“ a scaled down conversion of the glorious grisly 2016 hit, running at a lower resolution and capped at 30fps. Reviews went live yesterday and were mostly full of praise, with few compromises of note. Destructoid dished out an 8/10, while IGN enjoyed it a tad more, opting for an 8.5. â€œWhatever ritual sacrifices had to be performed to fit Doom on Switch were worth it,â€ they said. 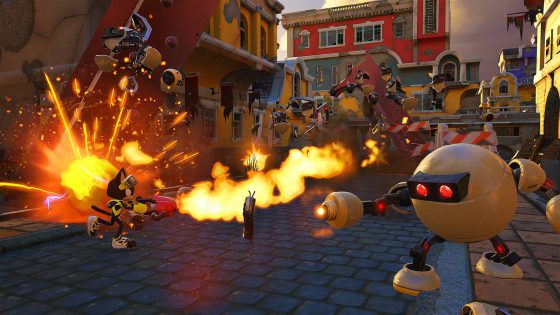 Sonic Forces (Â£34.99) is another big-name title hitting the Switch this week. While far from terrible (the Metacritic currently stands at 58%), itâ€™s very dull and forgettable â€“ two things we didnâ€™t expect a Sonic game to be. Character customisation is the USP, with a wealth of new accessories for your animal avatar unlocking at the end of each stage. If that sounds a little weird, thatâ€™s because it is.

Then we have Farming Simulator Nintendo Switch Edition (Â£37.99) and Ben 10 (Â£TBA), both of which are of uncertain quality. In fairness, Ben 10 looks more promising than the tie-ins that came before itâ€¦but thatâ€™s not saying much.

Snipperclips Plus â€“ Cut it out, together! also receives new DLC this week, just in time for the retail release. 40 new stages are being added, including toy box and comic worlds. 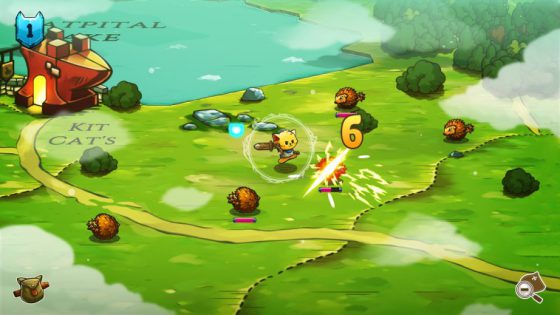 In a predictable fashion, hereâ€™s a round-up of the weekâ€™s remaining Switch releases:

Cat Quest – Â£9.99
Also launching on PS4 this week, Cat Quest is a colourful JRPG with real-time combat and a wealth of cat-puns. Fur real.

Heroes of the Monkey Tavern – Â£8.99
Face over 22 enemies in this grid-based dungeon crawler. Demo available.

Maria The Witch – Â£4.49
This physics-based flying game has a whiff of mobile conversion about it, and not just because of the â€˜3-starâ€™ rating system.

Octodad: Dadliest Catch – Â£11.99
Another belated conversion, but one thatâ€™s welcome. You wonâ€™t find anything dafter than this.

Rock ‘N Racing Off Road DX – Â£7.19
The Wii U version received a critical mauling, so abandon all hope of this providing some Super Off-Road style fun.

Spellspire – Â£8.99
10tonsâ€™ Switch conversion for this week is this Letter Quest-style word puzzler. We reviewed the PS4 version back in May.

Tallowmere – Â£6.29
A dungeon crawler of the 2D variety, complete with 4 player support. 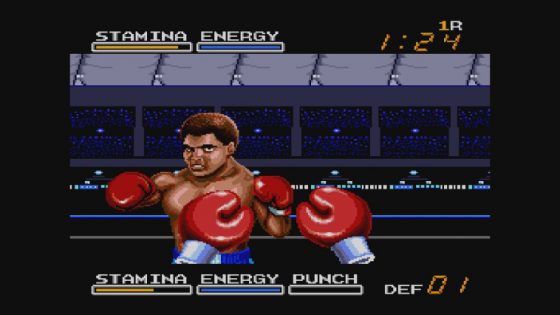 Over on Wii U meanwhile thereâ€™s the low budget top-down shooter Annihilation (Â£1.79) and the Turbografx boxing sim Digital Champ (Â£6.29), while the 3DS receives the permadeath FPS RTO (Â£7.99 – New 3DS only), retro platformer Hiding Out (Â£4.99) â€“ which looks similar to Elevator Action â€“ and the Kemco JPRG Bonds of the Skies (Â£8.99).