Thereâ€™s a reason most HD re-releases are of last-gen titles â€“ they provide the modern sensibilities and comforts we expect, and once the textures have been given a good scrub they often come up sparkling.

2000 AD tie-in Rogue Trooper Redux forgoes the last generation of gaming, taking us back to 2006. A time where Halo was still on its second entry, while some of the finest PS2 shooters available included TimeSplitters 2, Killzone and Medal of Honor: Frontline.

Even though it has received a few tweaks and the visuals are greatly improved, Rogue Trooper Redux still feels like a game from this era; a game released before Gears of War refined cover-based shooting. Despite it being a relatively straight-forward shooter the controls are far from intuitive, and the cover system simply cannot be relied on. 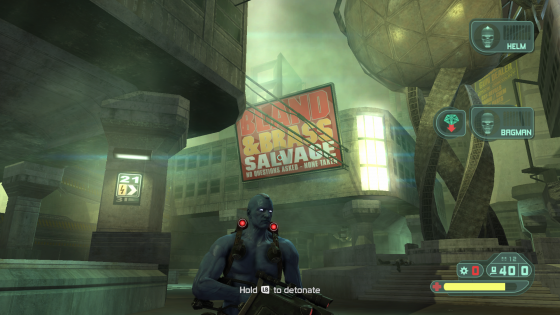 Activate sniper mode, and often youâ€™re presented with an extreme close up of whatever obstacle Rogue is crouched behind. Changing weapons is equally problematic, as youâ€™re forced to watch a short animation if you donâ€™t bash the Y button to quickly cycle through. A pistol with infinite ammo is meant to be Rogueâ€™s fullback weapon, but it takes far too long to whip out during the heat of combat. A comically long time, in fact. Throwing grenades is maddening, too, as they often bounce off cover and explode in Rogueâ€™s face.

On top of all this, there are occasional difficulty spikes to contend with, as well as checkpoint placing bound to make you curse. One checkpoint during a tough against-the-clock mission even places Rogue directly in front of a heavy gunner, giving just a few seconds to react. Instances like this tested our patience, right to the point where we considered giving up entirely.

Despite its faults, itâ€™s still telling that Rebellion genuinely wanted to put the license to good use. What we have here is an origins story, with the opening mission being the infamous Quartz Zone Massacre â€“ a bloody battle that sees Rogueâ€™s entire platoon wiped out by the Norts; an army dressed in delightfully antiquated breathing apparatus. Rogue retrieves the Biochips of his fallen allies and inserts them into his helmet, backpack, and gun so that they can live on.

Gunnar can lock onto targets, adding a minor degree of auto-aiming, while Helm can hack doors and gather data from nearby terminals. The two operate in tandem superbly, with Gunnar also able to turn into a sentry turret while Helm gets busy. Bagman meanwhile acts as a portable 3D printer, able to turn salvage â€“ gained from fallen enemies â€“ into ammo clips, grenades and medipacks.

We should also note that Gunnar, Helm and Bagman talk and bicker. The voice acting is far better than expected, and we particularly like the fact that Gunnar has a little moan every time the silencer is fitted.

This compelling set-up certainly isnâ€™t without fault, however. If youâ€™re down to your last medipack or ammo clip during battle and forgot to manufacture a new batch, you can land yourself in hot water. Having to stop and manufacture ammo every few minutes really slows down the overall pace, not to mention being forced to manually search every dead Nort for salvage. 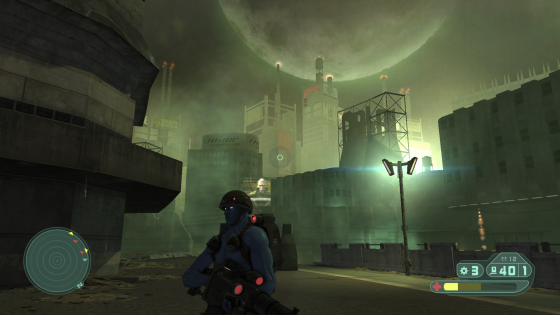 Towards the end of the adventure patience begins to be rewarded. The last few missions have far more competent and contemporary level design, with a petrified forest and a large naval base being of note. By this point Rogueâ€™s has gained some heavy firepower â€“ including a mortar cannon â€“ so you can merrily run and gun instead of wrestle with the finicky cover system.

Had developer Tick Tock Games â€“ who were also responsible for the PS4â€™s WipEout: The Omega Collection â€“ spent a bit more time fixing the botched controls and modernising the mechanics, Rogue Trooper Redux would be one step nearer to reaching its potential.

And, ultimately, this is what the whole experience feels like â€“ a demonstration of how good a modern-day Rogue Trooper game could potentially be. Rebellion recently announced licensing opportunities for 2000 AD, which goes some way to explaining why a game this old has been given a digital dust off.