We expected chart compilers Gfk to provide a whole host of Call of Duty related statistics this week, but they simply state that Call of Duty: WWII‘s sales were 57% higher than Infinite Warfare, while revenue was up 21%.

The â€˜Legacy Editionâ€™ of Infinite Warfare was remarkably popular, hence why the figure for WWIIâ€™s revenue is lower than the uptake.

In short: the WWII setting has proven popular, but itâ€™s safe to assume launch sales were behind the likes of Black Ops III, Ghosts, and Advanced Warfare. 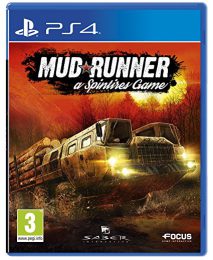 During its second week on sale Wolfenstein II: The New Colossus drops to #6.

The remaining games in the top ten are all re-entries â€“ Forza Motorsport 7, Mario Kart 8 Deluxe, Forza Horizon 3, and finally Middle-earth: Shadow of War at #10.

GTA V, South Park: The Fractured But Whole, Destiny 2 and WWE 2K18 all depart the top ten this week. Save perhaps for South Park, we imagine the rest will return following a price cut.

Monopoly for Nintendo Switch (yes, thatâ€™s what itâ€™s called) did make #7 in the Switch chart, however, while Kirby Battle Royale clocked in at a lowly #31 in the 3DS chart.