If you haven’t had your fill of Halloween spookiness yet, then you’re in luck – two horror adventures hit the eShop this week.

Perception (Â£12.99) on Switch comes from minds behind Bioshock and Bioshock Infinite. This narrative thriller didn’t gain the most favourable of reviews on the likes of PS4 and Xbox One, but the team has taken complaints on board to ensure the Switch version is better received. They’ve even gone as far to call it a remaster. 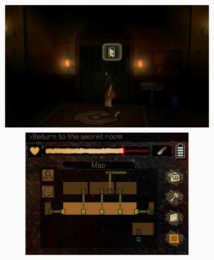 The 3DS’s Creeping Terror (Â£8.09) is a horror game of the 2D variety, sporting some accomplished visuals. Video Chums found it to be a little short and easy – with the lack of danger impacting the overall experience – but ultimately deemed it worthy of a 6.8/10.

Sticking with the 3DS, Kirby Battle Royale (Â£34.99) is one of this week’s highlights. Curiously, it isn’t due out in the US until January. No reviews are live yet, but there is a demo (which unlocks Meta Knight in the full game).

We reviewed the Xbox One version of Battle Crashers and found it to be a cheap and lazy cash-in, with no personality whatsoever – the characters are mute throughout. Fellow conversion Monster Jam: Crush It! didn’t fare too well either, resulting in a shameful 38% Metacritic. Monopoly for Nintendo Switch meanwhile has come under fire for stupidly long loading times. Ubisoft is working on a patch already, apparently. 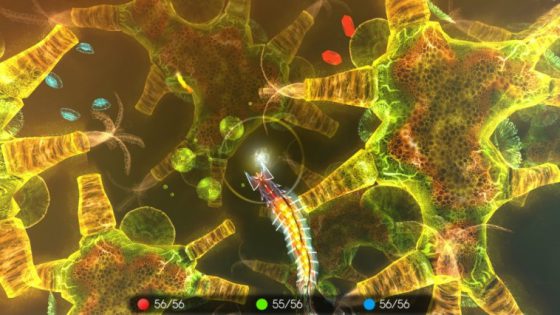 Here’s a quick round up of this week’s remaining Switch releases:

ACA NEOGEO ART OF FIGHTING 3 (Â£6.29)
This 1996 beat’em up had a few tricks up its sleeve to distinguish it from other NeoGeo brawlers.

Morphite (Â£13.49)
This planet hopping sci-fi exploration apparently suffers from repetition. If you’re looking for something similar to No Man’s Sky though, it may be worth investigating.

Sparkle 2 EVO (Â£4.04 until 9th Nov, Â£4.49 thereafter)
Not to be confused with a similarly-titled match-three puzzler, this oddity is an underwater evolution simulator with a relaxed pace and ambient music.

Super Beat Sports (Â£13.49)
Harmonix bounces back with this rhythm/sports mini game collection. Swing, volley, and score to the music in order to come out on top.

Wheels of Aurelia (Â£8.99)
An interactive visual novel set across the Italian countryside.

Heroes of the Monkey Tavern demo – Free
Try out this trap-filled dungeon crawler for yourself.