Eleven games make their merry way to the Switch eShop this week. While thereâ€™s certainly a lot to consider, with Sine Mora EX and The Flame in the Flood standing out as highlights, many of this weekâ€™s releases launch at eyebrow raisingly high prices.

88 Heroes and Tiny Barbarian DX, weâ€™re looking at you here. There does appear to be a reason for their lofty asking prices, though â€“ both have received almost-full-price retail releases elsewhere in the world. It doesnâ€™t make their prices easier to swallow, but at least thereâ€™s logic behind it. Well, sort of.

Hereâ€™s what youâ€™ll find on the UK Switch eShop this week: 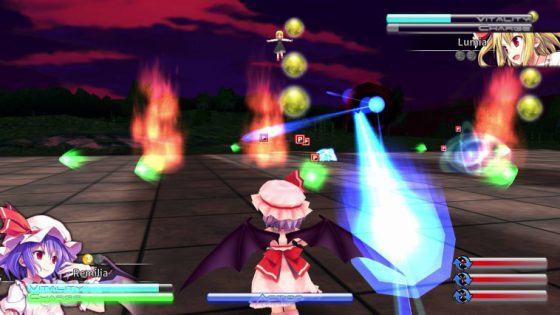 Sine Mora EX – Â£24.99
THQ has given this underrated side-scrolling shooter a complete makeover, bringing it up to current-gen standards. It’s more than deserving of a second chance to find a new audience.

Unbox: Newbie’s Adventure – Â£22.49 until 18th October (Â£24.99 thereafter)
Imagine a typical 32-bit era platformer only on a far larger scale and with wackier, more unpredictable, physics and a sprinkling of internet memes. Thatâ€™s Unbox in a nutshell.

ACA NEOGEO THE KING OF FIGHTERS ’95 – Â£6.29
One of SNKâ€™s more celebrated brawlers, it even went on to grace the likes of PSone and the SEGA Saturn.

Squareboy vs Bullies: Arena Edition – Â£4.49
A 2D side-scrolling brawler with a main character that looks rather similar to Spongebob. Hmm.

Tiny Barbarian DX – Â£26.99
Reviews of this retro-themed platformer are trickling through now, including an 8/10 from Nintendo World Report and 7/10 from Pocket Gamer.

Wulverblade – Â£14.99
This colourful and chunky hack and slasher also seems to be going down well with critics, gaining an 8/10 from Nintendo Life.

Yono and the Celestial Elephants – Â£12.99
An isometric puzzler from Plug in Digital thatâ€™s also hitting PC this week.

Over on 3DS, Story of Seasons: Trio of Towns (Â£34.99) strolls into town on Friday, both on the eShop and at retail. The Wii U isn’t without a few new releases either. Eba & Egg: A Hatch Trip (Â£4.49) is a 2D platformer in which two characters are controlled simultaneously, and we also have two more Turbografx re-releases from Konami. Legend of Hero Tonma is a 2D platformer that was designed and developed by an all-female team, while Motoroader offers top-down racing frolics for up to five players. It’s actually a futuristic racer, but you’d be pushed hard to tell.