Like the recent NBA 2K18, Microsoftâ€™s Forza 7 has come under fire. It hasnâ€™t been loaded with in-app purchases just yet â€“ although theyâ€™re almost certainly coming â€“ but it does feature â€˜Prize Cratesâ€™ that include single-use mods, adding an unwelcome â€˜pay to earnâ€™ slant.

Last week it was also revealed that the VIP Edition, which usually bestows 2X XP permanently, now only includes 25 single-use double XP items. Nothing was mentioned about this in the pre-launch material, and fans were rightly annoyed. However, MS has decided to do a U-turn on this matter. At least theyâ€™re listening to feedback, we guess.

We arenâ€™t out the woods yet, with rumours mounting that WWE 2K18 has also been given the loot box treatment. Batten down the hatches, people.

Anyway, we digress. This week sees the return of Capcomâ€™s cult hack â€˜n slash RPG Dragonâ€™s Dogma and the arrival of THQ Nordicâ€™s anticipated turn-based RPG Battle Chasers. Then on 3DS we have not one, but two, new big-name titles from Nintendo.

Switch owners are in for a treat too, with a wealth of quality games imminent on the eShop â€“ weâ€™ll give â€˜em a rundown during our weekly eShop update. 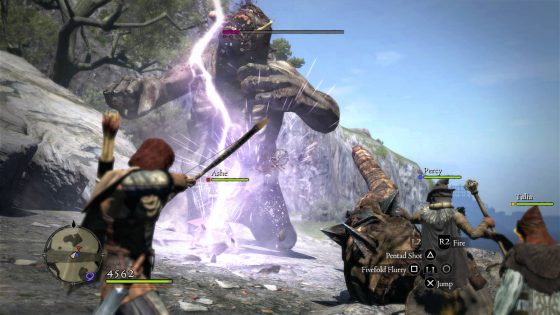 To say we have a soft spot for Capcomâ€™s Dragonâ€™s Dogma would be an understatement â€“ itâ€™s one of our favourite last-gen games. A huge, accessible, RPG with a brash and brutal hack â€˜n slash combat system. Rather than feature online play, itâ€™s possible to swap AI controlled Pawns with players. Their intelligence grows over time, allowing them to become more skilled in combat. They also provide helpful hints and will pick up any items youâ€™ve missed.

Taking combat one step further is the inclusion of a â€˜grabâ€™ button, giving the ability to pin weaker enemies to the ground or climb colossal beasts to find their weak points. While itâ€™s a little slow to start â€“ we remember that stupid mission to find a red book on a red roof all too well â€“ itâ€™s nothing short of spectacular.

Reviews:
8.0 – PSU: “While the original issues are still present, what made Dragon’s Dogma: Dark Arisen so special is here as well. Glorifying combat, organic progression, and a saturated world will keep you slogging through the occasional lull on your way to the heart of it”

7/10 â€“ The Metro: “Despite borrowing so much from so many different games Capcomâ€™s Western style role-player remains very much its own game â€“ with plenty of interesting ideas of its own”

8/10 â€“ Push Square: “Tight controls hold together thrilling combat, and the sense of adventure that the game exudes is almost unmatched. At its budget price, newcomers should definitely give the PS4 release a fair chance, while veterans will find a good enough excuse to begin the cycle all over again” 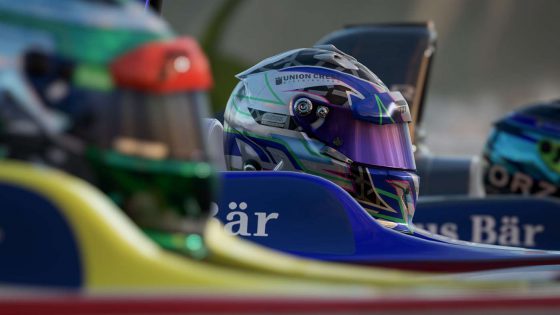 With Xbox exclusive titles thin on the ground, itâ€™s good news that Forza 7 is another decent entry in the series. Critics are concerned about the seriesâ€™ direction though, due to the presence of elements usually associated with free-to-play games.

Reviews:
8.5 – Polygon: “This is a game for everyone who loves racing. It offers every helping hand to those who want to just thrown themselves around bends, while allowing die-hards to tinker with their rides, and really feel like they are there”

4/5 – US Gamer: “Turn 10 Studios has created another winner, but there’s a creeping specter in the form of consumable mod cards and Prize Crates that undermines the more straightforward experience in previous titles”

8/10 – The Metro: “A better Gran Turismo game than the real thing, with stunning graphics and mountains of content â€“ although the use of loot crates and limited-use mods is worrying” 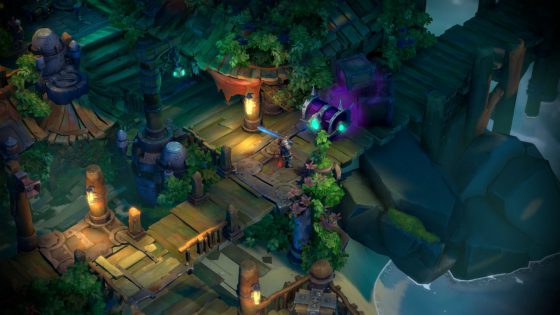 Also due out on Switch at a later date, THQ Nordicâ€™s turn-based RPG is proud to be classed as traditional. Maybe not for everyone, but for those looking to spend the cold winter months invested in an RPG, you could do much (much) worse. Sweetening the deal, itâ€™s a budget release too.

Reviews:
9.0 – EGM: “It can be extremely difficult to introduce a new game into a genre long dominated by one company and franchise, but Battle Chasers: Nightwar is a modern and expertly executed take on everything turn-based RPGs introduced to gamers so many years ago. Itâ€™s a reminder that old ways donâ€™t have to die away; they just need the right people to hone in on what made the genre work in the first place”

7.75 – GameInformer: “Airship Syndicate’s gorgeous art design and fluid animations are a wonder to watch, and Nightwar’s overcharge ability system offers a layer of strategy that is often missing from turn-based RPGs. Overcoming Nightwar’s most challenging battles is a thrill, but only if you’re willing to put your nose to the grindstone”

7.5 – PlayStation Lifestyle: “While not without its fair share of problems and technical issues, Battle Chasers: Nightwar still manages to provide plenty of tense battles that challenge players” 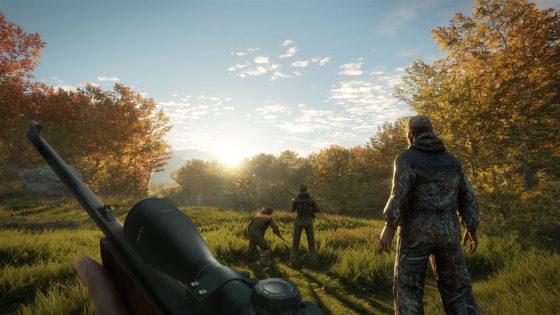 The Hunter: Call of the Wild (PS4/XO)
Released on Monday, both at retail and on the digital services, this hunting sim comes from Avalanche Studios, the guys behind Mad Max and Just Cause 3. We get the impression this is just a minor diversion for the Swedish team.

JYDGE (PS4/XO)
This co-op top-down shooter from 10Tons allows you to build your own cybernetic killing machine from a choice of a billion configurations. A billion.

The LEGO NINJAGO Movie Video Game (PS4/XO)
Gamers elsewhere in the world received this movie tie-in a few weeks back, giving us an early heads up in the process. Reviews were wildly mixed, with the PS4 version apparently suffering from game-breaking glitches. Critics also claim that the level design isnâ€™t up to the usual standard and that the co-op mode is ruined by awful camera angles. The Switch version is due at a later date, quelle surprise.

Mystik Belle (PS4/XO)
This Metroidvania from WayForward slipped out on the sly. Usually not a good sign, but so far early reviews are mostly positive. Hopes for a sequel are already high. 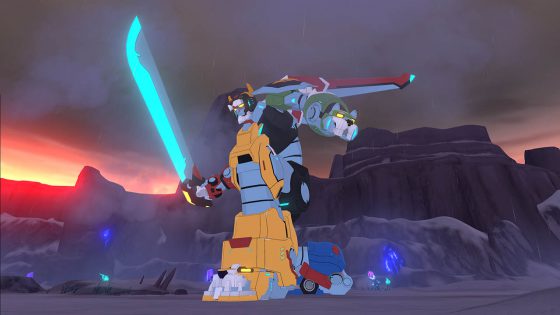 DreamWorks Voltron VR Chronicles
This cartoon tie-in is a PSVR narrative experience, and it appears to have a focus on puzzle solving and â€œovercoming challengesâ€ rather than combat. Reviews went live last week, resulting in a mixture of 6s and 7s.

Twin Robots
A Wii U conversion, of all things. The fact that it managed to elude the press upon launch doesnâ€™t inspire much confidence.

LAWS OF MACHINE
A rather rudimentary looking platformer with a robotic lead character.

A Hole New World
Yet another pixel art platformer that prides itself on being brutally tough. 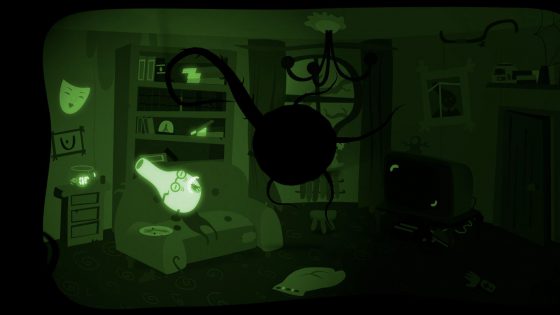 Bulb Boy
Released on Switch earlier this year, Bulb Boy gained praise thanks to its appealing art direction and quirky sense of humour.

Iron Wings
A WWII air combat shooter that appears to have had a modest budget.

Let Them Come
This survival game, viewed from a side-on perspective, features collectable mixtapes of all things.

N++
A long-awaited sequel to the cult classic N+, rewritten from scratch.

INVERSUS Deluxe
INVERSUS may not look like much, but donâ€™t let that put you off â€“ itâ€™s a fast-paced competitive shooter thatâ€™s highly compelling. 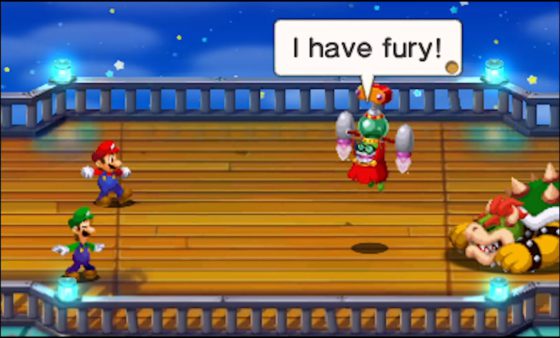 Mario and Luigi: Super Star Saga + Bowser’s Minions (3DS)
A remake of the GBAâ€™s first Mario and Luigi adventure, transporting the duo into the world of 3D. Nintendo would have to do something drastic to screw this up, and so it comes at no surprise that they havenâ€™t. Scores so far include an 8/10 from The Metro and 7.5 from Destructoid.

Layton’s Mystery Journey: Katrielle and the Millionaires’ Conspiracy (3DS)
Reviews of the latest Layton are trickling through now, including a less-than-impressive 3/5 from Adventure Gamers due to sacrificing quality for quantity. Expect to see more reviews before the week is out, which will hopefully give a better picture.