While far from being a failure of Amstrad GX4000 proportions, the NES wasnâ€™t exactly a runaway success in Europe. The 8-bit cassette-based formats, with their inexpensive software, offered better value for money and a similar assortment of games. The SEGA Master System was performing well off the back of its arcade conversions, too, and this was even before a certain hedgehog showed up.

The Super Nintendo was a different story, however. When it arrived in the UK in 1992 the 8-bit formats were starting to look incredibly outdated. Moreover, Sonic the Hedgehog had sent sales of the Mega Drive skyrocketing, cementing the fact that Japanese systems â€“ and their expensive Â£50+ cartridges – were the future of gaming. 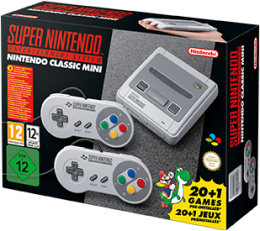 After several months of pre-launch hype, which can be partly attributed to glowing reviews of the Japanese launch software in CVG and Mean Machines, the SNES made its European debut in April 1992 alongside a strong line-up of system showcases.

Super Mario World was the plumberâ€™s biggest and best adventure yet, and the pseudo 3D (Mode 7) effects in F-Zero and Pilotwings looked amazing, far beyond what the Mega Drive was capable of. We dare say F-Zero even looked better than anything the Mega CD had to offer. 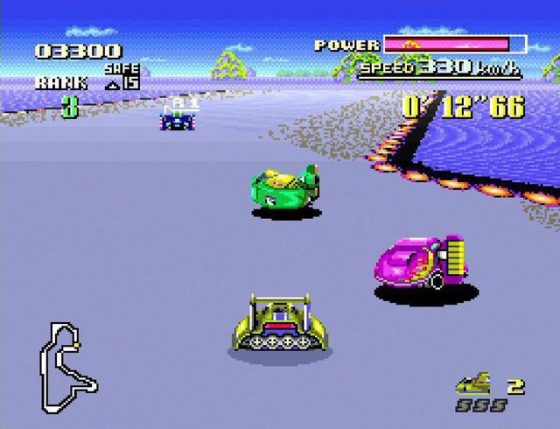 The announcement of the SNES Mini was met with even more excitement than Nintendoâ€™s reveal of the NES Mini. This appears to be down to one main reason â€“ whereas the NES failed to capture the hearts and minds of gamers over here, most European gamers have very fond memories of the SNES.

This was the system that saw Nintendo at their most competitive, using such games as Street Fighter II, Super Mario Kart, Star Fox and Donkey Kong Country to demonstrate that the SNES was far superior to anything else out there. In fact, the advanced graphics of DKC, Killer Instinct and Super Mario RPG helped the system to even fight off the threat of the Jaguar, 3DO, and the SEGA 32X. 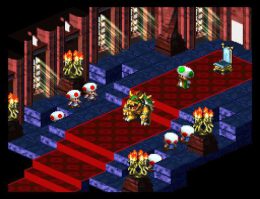 The SNES also introduced a whole generation to the wonderful world of JRPGs â€“ Squaresoft released hit after hit, and Nintendoâ€™s own RPGs are still held in high regard. The SNES Mini includes 1994â€™s EarthBound, a delightfully goofy role-player with an equally outlandish musical score. It was overlooked upon release and never made it to Europe until a Wii U VC appearance in 2013. Those who havenâ€™t played it before are in for a treat.

The same can also be said for the Square-developed Super Mario RPG, which likewise managed to elude European shores (until a Wii VC release in 2008).

The SNES Miniâ€™s 21-game line-up doesnâ€™t cover every genre. There are no puzzle games (licensing agreements likely held back Tetris Attack/Tetris & Dr. Mario and Kirbyâ€™s Avalanche) and the only sports game represented is Super Punch Out, unless you count Kirbyâ€™s Dream Course as a sports game. While the lack of sports sims isnâ€™t a deal breaker â€“ most have aged badly, after all â€“ the presence of a puzzler such as Panel de Pon, Yoshiâ€™s Cookie or Pac-Attack would have rounded the collection off nicely.

Of course, the software catalogue was never going to cater to all and sundry, and no matter how many games the SNES Mini included, some would doubtlessly argue that number is too few. The omission of Pilotwings is a little odd, however, as this was one of the key launch titles. Bomberman doesnâ€™t show his face either, although this is likely due to the SNES Mini only being able to support two players. Without a multitap, weâ€™d only get half the experience. 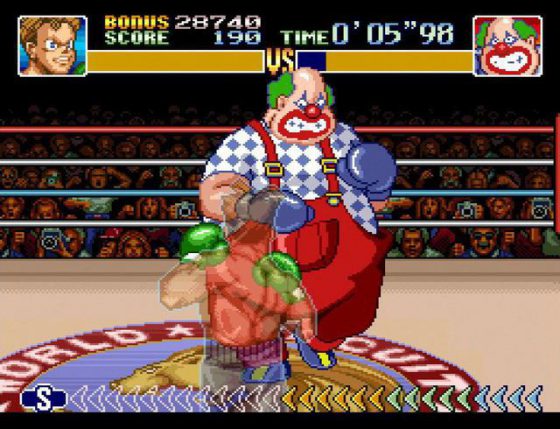 Still, the 21-game line-up reads like a rundown of the consoleâ€™s finest. As mentioned, JRPGs are very well represented with EarthBound, Secret of Mana, Final Fantasy III and Super Mario RPG: Legend of the Seven Stars included. The Legend of Zelda: A Link to the Past, a series high note, is also present. Become deeply invested in these games, and their slightly archaic ways, and youâ€™re looking at a good 100+ hours of play from this handful alone.

As for third-party games, we have the tougher-than-frozen-toffee pairing of Contra III: The Alien Wars and Super Ghouls â€˜n Ghosts, and the slightly more manageable Mega Man X and Super Castlevania 4. Those last two have a slower pace than you may expect, while Ghouls â€˜n Ghosts â€“ with its synth-lead musical score â€“ remains hard but fair. 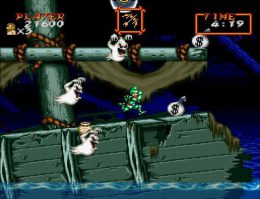 In regards to Super Metroid, Super Mario Kart, Super Mario World and Yoshiâ€™s Island, there isnâ€™t much to say that hasnâ€™t been said before â€“ theyâ€™re the cornerstones of any SNES collection, physical or otherwise.

Using SMB3 as its blueprint, SMW did appear visually crude back in 1991. Thatâ€™s to say, it didnâ€™t really show what the SNES was capable of; something that’s irrelevant now. If anything, it has grown better with age – a huge, secret packed, adventure with level design that puts many of todayâ€™s 2D platformers to shame.

Yoshiâ€™s Island was overshadowed by Donkey Kong Country at launch, but over the years this too has emerged to be a timeless classic. Of course, those who werenâ€™t suckered in by DKCâ€™s then fancy rendered visuals knew this twenty years ago. Itâ€™s a highly inventive platformer that uses the SFX chip in unique ways.

Which nicely brings us onto the double whammy of Star Fox and Star Fox 2. Both are something of an acquired taste nowadays due to their primitive 3D visuals, but neither has been reduced to â€˜curioâ€™ status yet either. The controls in the original Star Fox are less responsive than we recall, but due to being quite a forgiving experience, this isnâ€™t a huge issue. The music is amongst some of the systemâ€™s best too. 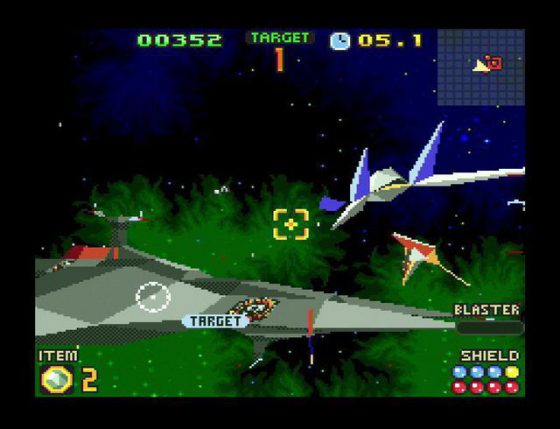 Star Fox 2 was infamously cancelled mere months before launch â€“ Nintendo wanted a clean break from 3D games until the N64 launched, and felt that launching two Star Fox games just a year apart was foolish, with SF2 due in 1996 and SF64 planned for 1997.

Although playable versions of SF2 have leaked over the years, this is the first official release and aside from a few graphical glitches, it appears to be 100% complete. 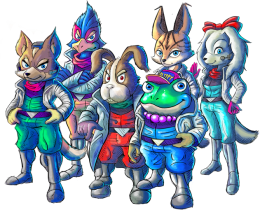 Itâ€™s a very different game from the original, now with a strategic slant. The idea is to protect Corneria by intercepting incoming missile strikes, while landing on planets to take on missions whenever thereâ€™s no imminent threat of Corneria becoming the next Alderaan. Once on a planet, Androssâ€™ bases must be destroyed from the inside via the new walker vehicle. The walker is tricky to control, using L and R triggers to turn, but thankfully it does have auto-aim which makes most boss battles a breeze.

One-on-one dog fights also feature, and Andross occasionally sends out his pet â€“ a colossal dragon â€“ to shake things up. In terms of presentation, the 2D artwork is far more pleasing on the eye and the 3D visuals are more complex than that of the original. The new larger text boxes get in the way of the action, however. Another downside is the overall difficulty level â€“ itâ€™s a surprisingly easy and short-lived experience.

Itâ€™s tricky to say how Star Fox 2 would have fared in 1996, a time when the PSone and Saturn were on the scene. Chances are some â€˜90s critics would have found the 3D visuals less than impressive â€“ this was the SNES being pushed to its limit. Think along the lines of playing Breath of the Wild on Wii U – it’s playable, but the limitations of the hardware are clearly visible. Ultimately though, itâ€™s a footnote in Nintendo history that’s deserving of your time. 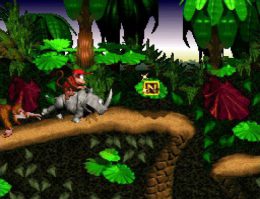 Rareâ€™s Donkey Kong Country is the game that suffers from advancements in technology the most. Without the fuzzy blur of a CRT screen, the rendered sprites look a little rough and angular when funnelled through a HDMI output. Thankfully, the SNES Mini does have a few display options – 4:3, pixel perfect and a CRT filter that emulates scanlines. Borrowing an idea from the Super Game Boy, thereâ€™s a choice of screen borders as well.

In addition to save-states â€“ with four slots available per game â€“ itâ€™s also possible to rewind gameplay, via a push of the reset button. Itâ€™s a neat touch that makes the likes of Contra III a tad easier. A minor gripe: getting off the sofa to reach the consoleâ€™s reset button is a bit of a pain. 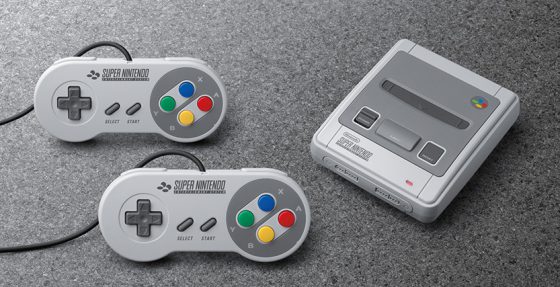 The SNES Mini itself is but a footprint when compared to original, dwarfed even by its own controllers â€“ faithful, but not 100% accurate, recreations. They are in fact re-issues of the Wiiâ€™s SNES Classic Controller. Theyâ€™re notably lighter than the original, have a matte finish and the rubber start/select buttons feel far stiffer. However, two controllers are included in the box â€“ which goes some way to justifying the Â£30 mark up over the NES Mini, despite it using the same chipset â€“ and Nintendo has blessed us with longer cables. They could have been longer still, though â€“ we had to pull the sofa forward a few feet. For those in a similar position, unofficial controller extension leads are available for around Â£5. 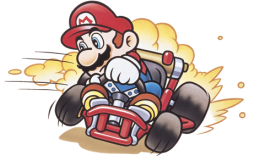 Presumably to reduce production costs, the SNES Mini doesn’t include power adaptor. If you donâ€™t have a spare USB mobile charger, we found that plugging the included USB power lead into a PS4 or Xbox One USB port provides enough juice. Most modern TVs also have a USB port.

For most part, the SNES Mini doesnâ€™t provide much to moan about. It offers a sturdy selection of handpicked games, the emulation is faithful â€“ right down to the occasional bout of slowdown in the likes of Contra and Star Fox â€“ and the pads are as authentic as we could have hoped for.

The usual â€œjust buy a Raspberry Piâ€ argument simply fails hold water here. Nintendo games deserve to be played on Nintendo hardware, whether itâ€™s a yellowed SNES dug out the loft, or a palm-sized box filled with â€˜90s Nintendo magic.