Few publishers dare to go mano-a-mano with FIFA 18 it seems, as thereâ€™s little in way of retail release this week. Having said that, we may see Danganronpa V3: Killing Harmony and YO-KAI WATCH 2: Psychic Specters make the UK top 40 next Monday. Different demographics and all that.

On the download services there are a fair few games of note, including the eagerly awaited Cuphead â€“ a game three years in the making. Thatâ€™s joined by Ruiner, a gritty top-down cyberpunk shooter thatâ€™s generating a buzz on Twitter, and the PS4/PS Vita version of the wonderful SteamWorld Dig 2.

For Xbox owners feeling flush, Forza 7 is available from Friday via the Â£79.99 Ultimate Edition. Several car packs are thrown in, although the fact that the contents of the â€˜Day One Car Packâ€™ are still yet to be revealed seems a little cheeky.

We may also see Battle Garegga Rev.2016, Lilith-M and Syndrome on the UK Xbox One Store before the week is out. It isn’t entirely clear what countries they’re launching in first. 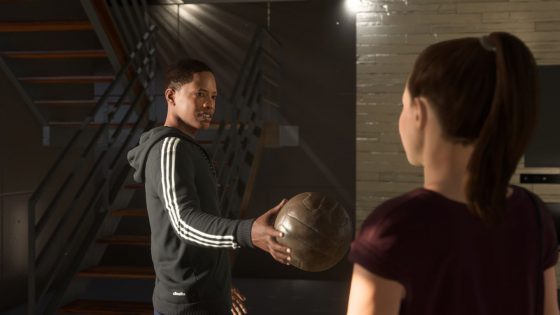 EAâ€™s money making giant rolls back into town this week, available on just about every format going. The consensus is that itâ€™s the best FIFA in years (the best since FIFA 12, Game Revolution claims) but thereâ€™s still room for improvement.

Weâ€™re still waiting on review of the Switch version. Weâ€™ve known for some time that it doesnâ€™t have the same features as its current-gen counterparts. Hands-on-impressions were favourable enough, though. Switch support from EA hangs on this title, so hopefully itâ€™ll do the business.

Will this be the last outing for last-gen consoles? Perhaps â€“ the PS3 and Xbox 360 versions of PES 2018 failed to make a dent in the chart. It all depends on success on a global scale, really. The humble PS2 received FIFA games up until FIFA 14, thanks to sales in countries such as Brazil.

8/10 â€“ VideoGamer: Problems such as the defensive game feeling less important and the hinderance of set pieces are apparent, but the flashy graphics and sharp commentary are no longer the only reason to boot up EAâ€™s football sim for a kick around. At long last, we have two quality football games on the market again.

8/10 â€“ The Metro: The improvements are slight, but this is still the best FIFA has been in several years â€“ in terms of gameplay as well as just presentation. 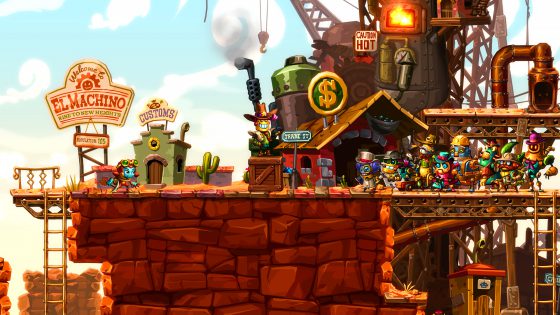 After hitting the Switch last week, Image & Formâ€™s dirt digging sequel arrives on PS4. Itâ€™s bigger, bolder, and brighter than the 2013 original, thanks to far more lavish production values. The gameplay loop of mining, selling, upgrading, and descending further into a secret-filled mine is simple yet compelling. And the fact that the hero has all-new abilities prevents it from a case of being more of thesame.

We awarded it a well-deserved 9/10 earlier this week. To quote ourselves: â€œFor a third time in a row â€“ with SteamWorld Heist being the second â€“ Image & Form has managed to create something a hairâ€™s breadth from perfectionâ€ 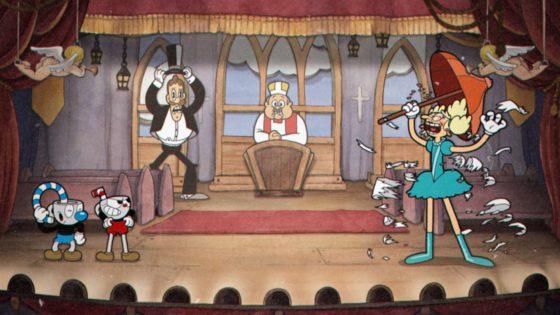 After more than a couple of delays and setbacks – and one huge shake-up to turn it from a boss rush experience to a run and gunner – Cuphead is finally out this Friday. With Xbox One exclusives thin on the ground, despite the Xbox One X just weeks away, it couldnâ€™t have come at a better time.

Weâ€™ll update this round-up with a sampling of reviews once the embargo lifts.

[Update – the first reviews are now live]
Reviews:
5/5 – GamesRadar: ” If you’re partial to a tough-but-fair challenge, and you have even the slightest appreciation for the rich history of animated cartoons, you’ll be overjoyed by the wonderfully artistic adventure that is Cuphead”

4.5/5 – Windows Central: “The randomness on some boss fights will frustrate some, but patient, methodical gamers will relish the challenge, and enjoy the sense of accomplishment at the end of each huge battle”

8/10 – GameSpot: “It could benefit from a few tweaks, and two-player co-op doesn’t feel like the valuable addition you might imagine, but Cuphead remains a rare, unique game that truly stands out”

3/5 – Twinfinite: “If youâ€™re in dire need of a real challenge, definitely give Cuphead your attention. However, if youâ€™re not in any rush thereâ€™s no harm in waiting” 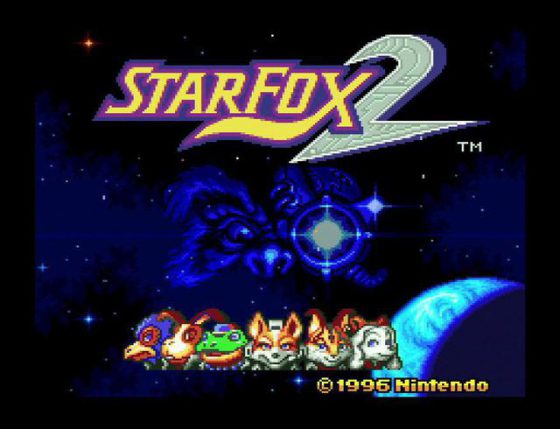 Nintendoâ€™s latest nostalgia box bundles over twenty 16-bit hits together, including the never-officially-released Star Fox 2. Both first and third-party titles feature, including the likes of Mega Man X, Street Fighter 2 Turbo, Super Castlevania 4 and Super Ghouls â€˜n Ghosts. No Final Fight or Axley, but weâ€™ll get over it.

While the Â£79.99 price tag puts it Â£30 higher than the NES Classic Mini â€“ which sold out almost instantly â€“ it does come with two controllers. We know itâ€™s a clichÃ© to say it, but we really do hope Nintendo produces enough stock to go around. Weâ€™ll chalk up something resembling a review after ours arrives. 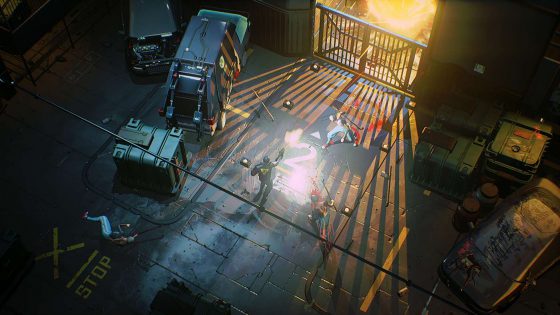 Ruiner (PS4/XO)
Curve Digitalâ€™s cyberpunk twin-stick shooter offers tight controls and a fast pace, but is apparently let down slightly by repetition and a short campaign. Donâ€™t let this put you off, though â€“ review scores are mostly 7s and 8s.

Pinball FX3 (PS4/XO)
Zen Studioâ€™s pinball simulator bounces back, bringing roughly 50 tables from previous entries with it. Donâ€™t expect to see every table from their back catalogue make the cut â€“ expired licensing agreements look set to hold some tables back.

Splasher (PS4/XO)
This colourful 2D platformer, so-called because the hero wields a paint cannon, made a splash on PC earlier this year. With ex-Ubisoft talent behind it, itâ€™s no surprise.

Firefighters: Airport Fire Department (PS4/XO)
UIEâ€™s first firefighting sim was a gaming atrocity. We arenâ€™t holding out much hope for this spin-off, or indeed, any hope at all. 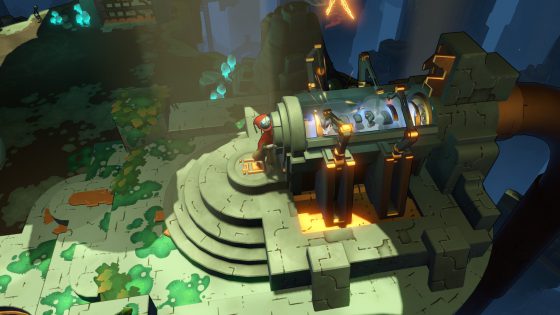 Hob
Eurogamer, amongst others, claim that this colourful RPG from the creators of Torchlight is the spiritual successor to Zelda: A Link to the Past. That’s some praise right there.

HeroCade
A compilation of nine mini-games for under a tenner. Think PlayStation VR Worlds, but indie.

Shoppe Keep
Manage your own fantasy retail business, setting prices and employing helper robots to stock shelves and keep thieves at bay. Also due a retail release for around Â£15.

Fragments of Him
First released on PC and Xbox One in 2016, this interactive narrative experience is both emotional and powerful.

Factotum 90
A neat, and inexpensive, 3D puzzler based around rickety robots.

Ninja Shodown
Rising Starâ€™s latest 2D platformer is heavy on nostalgia, taking place in good old 199X. What a year that was.

Gundam Versus
Online battles are the focus of this Unreal Engine-powered robo rampage. Itâ€™s the first Gundam game on PS4, no less.

Light Tracer
A VR puzzle/platformer set in a Babel-like tower.

Blue Reflection
This JRPG tries to take the social aspects of Persona, but reportedly suffers from being too simplistic. Consider the above instead.

EVEREST VR
A giant mountain in your living room. Whatâ€™s not to like about that? 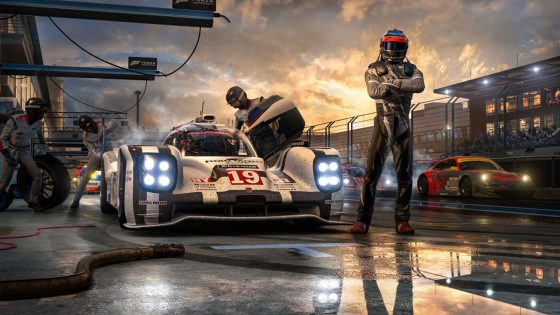 Forza Motorsport 7 Ultimate Edition
Cough up Â£79.99 and get access to Microsoftâ€™s impressive racer three days early. Alternatively, buy the standard edition for Â£40 from Amazon and wait three days. Up to you. 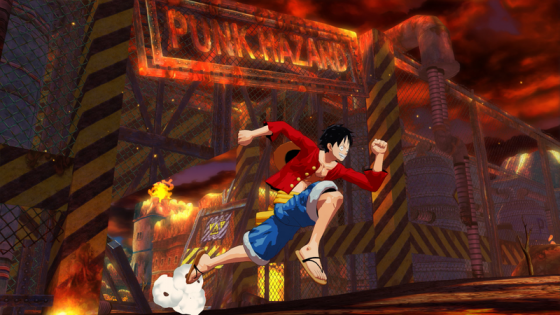 One Piece Unlimited World Red – Deluxe Edition (Switch)
Another week, another Wii U conversion. This anime tie-in includes a wealth of DLC and has improved visuals. Out Friday.

YO-KAI WATCH 2: Psychic Specters (3DS)
Not a new game, per se, but rather an expanded version of Bony Spirits/Fleshy Souls with new quests, different locations and fifteen new Yo-Kai to befriend. In short, itâ€™s the series equivalent of PokÃ©mon Ultra Sun and Moon.