This weekâ€™s UK chart includes a couple of surprises. Firstly though, hereâ€™s something that doesnâ€™t come as a shock – Destiny 2 sits astride the UK top 40 for the third week running.

This means Activision has spent 11 weeks at no.1 in total, split across a trio of titles â€“ Destiny 2, Crash Bandicoot, and Call of Duty: Infinite Warfare.

With the almighty FIFA 18 out Friday, chances are Destiny 2 won’t take the top spot for a fourth week. 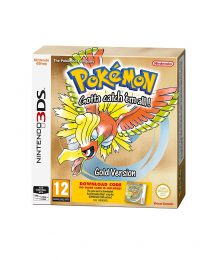 Project Cars 2 put in a strong showing, arriving at #2. The original took no.1 on release, with 35% of its lifetime sales generated on day one. While itâ€™s reasonable to assume Slightly Mad Studios hasnâ€™t been as fortunate second time around, debuting at #2 is still something to be proud of.

Nintendoâ€™s PokkÃ©n Tournament DX made #5. More surprisingly, PokÃ©mon Gold and Silver both managed to make top 40 appearances, with the code-in-a-box retail releases taking #18 and #21. Eurogamer notes that if sales were combined, they would have entered the top ten. Not bad going at all.

Capcomâ€™s Marvel Vs Capcom: Infinite had to settle for #12. We imagine Capcom had it pegged for the top five, at the very least. The fighter has been up against a fan backlash, due to ugly art direction and a slim character roster.

Dishonored: Death of the Outsider and Metroid: Samus Returns both depart the top ten on their second week of release meanwhile, falling to #6 and (scrolls downâ€¦) #35. Poor Samus.

On the other hand, Resident Evil 7: Biohazard is enjoying a resurgence â€“ itâ€™s up from #33 to #13 this week thanks to supermarket price promotions.