Those who frequent Twitter may have come across @SEGACDGames, a rapidly growing account featuring spoof box art for SEGAâ€™s ill-fated add-on.

The choice of format is a stroke of genius – the SEGA CD (aka the Mega CD) had a rather eccentric library, comprising of low budget FMV games, platformers starring quintessentially â€˜90s heroes, terrible movie tie-ins, and numerous games with endorsements from long-forgotten celebrities.

Many of these never made it to Europe, which only makes the SEGA CDâ€™s line-up even more intriguing. Today weâ€™re looking at five of the weirdest games the system had to offer. 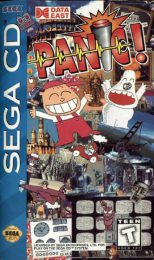 Known as Switch in Japan, Panic! was billed as a point â€˜n click adventure. That was pushing the definition somewhat â€“ like many of the FMV games of the era, the whole thing was nothing more than a trial and error memory test.

After being sucked into their TV, Slap and his dog Stick had to find their way out by interacting with numerous everyday objects. Each button press generated a different animation, with some Monty Python-esque humour on display. Statues would flap their arms and fly away, elevators would grow and shrink and size, while messing around with a vacuum cleaner prompted it to suck up the backdrop, leaving nothing but a white screen.

Pressing buttons in a correct order was the only way to progress; there was no inventory, puzzles, or anything of the sort. A point â€˜n clicker in the loosest sense.

US magazine GamePlayers wheeled out the good old â€œThe developers must have been on drugs!â€ line for this one. Generally, though, critics found it to be rather pointless. 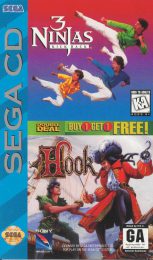 The movie on which this platformer is based was a critical and commercial failure, making only $11m back on its budget of $20m. The game itself didnâ€™t fare too well either. It wasnâ€™t terrible; just an incredibly bland 2D platformer that offered nothing new.

Knowing that they had a possible flop on their hands, Sony Imagesoft (the Japanese giant had a small presence in the industry prior to launching the PlayStation) even made the decision to throw in fellow movie tie-in Hook to sweeten the deal.

Now hereâ€™s the weird part. Occasionally the action came to a standstill and Grandpa Mori Shintaro – the franchiseâ€™s equivalent of Mr Miyagi â€“ popped up in the corner of the screen to explain objectives. He appears utterly confused by the whole thing. Bewildered, even. Think along the lines of Patrick Moore on GamesMaster after being asked yet another question about Zelda III.

Shame there wasnâ€™t a cheat code to make Shintaro randomly pop up and yell â€œToasty!â€ 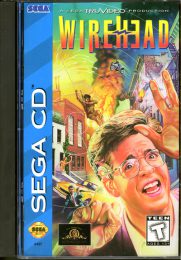 Itâ€™s ironic, really. For much of its life, the SEGA CD was panned and ridiculed for only being able to display grainy, letterbox-sized, FMV clips. Then in 1995, when the system was on deathâ€™s door, SEGA finally figured out how to get the system to display full-screen video.

Wirehead was one of the few games to put this new-fangled tech to good use, downplaying the emphasis on the word â€˜goodâ€™ â€“ it was still as restrictive as every FMV game before it. It did at least have a pleasingly silly set-up. For reasons explained as the story unfolded, Ned Hubbard â€“ a mild-mannered family man – agreed to be fitted with a brain implant allowing others to control his every move.

This is showcased early on by Nedâ€™s children getting hold of the wireless remote, and using it to make their dear old dad perform backflips and dance like a fool while opening the door to the postman. Not long after, Ned ends up being kidnapped, and control is handed over to the player.

Situations were often comical, with Ned whizzing through the suburbs on a skateboard and taking to a fast-flowing river in a yellow dingey. Every 10-15 seconds a prompt appeared to choose a direction. In most cases, only one direction was the correct path, resulting in this being another case of trial and error. Indeed, between Dragonâ€™s Lair in 1983 and Wirehead in 1995, not a great deal had changed in the world of FMV games. 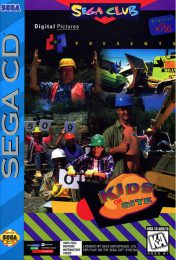 Ignoring the fact that very few children owned a SEGA CD, with the systemâ€™s demographic being teenagers and college students, Kids on Site was a reasonably sound idea â€“ an FMV game for kids that featured construction vehicles. As the immense popularity of Bob the Builder later proved, SEGA was onto something that had potential.

Being an FMV game and all, player interaction was limited. The idea was to take control of one of four construction vehicles – excavator, bulldozer, steamroller, and a wrecking ball â€“ and complete a challenge via a simplified three-button interface. A pair of clumsy workmen named Dizzy and Nuts â€“ we kid you not – provided comic relief, and there was also scope for tomfoolery during the challenges, such as using the excavator to drop dirt on said workmen. 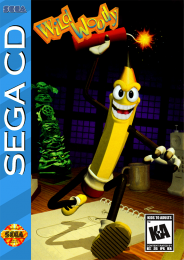 Unlike the Game Gearâ€™s Woody Pop, thereâ€™s no air of innocence here. SEGA knew full well that the term â€˜woodyâ€™ had an ulterior meaning.

While far removed from a Conkerâ€™s Bad Fur Day level of filth, Wild Woody was still filled with typical â€˜90s attitude. There was even an â€˜Easter Eggâ€™ to unlock a topless mermaid power-up, which weâ€™d wager the developers kept quiet about. SEGA wasnâ€™t too concerned with violence in games but nudity was another matter entirely. Moreover, Wild Woody had a K-A (Kids to Adult) age rating.

The game itself is a typical 2D platformer, albeit one thatâ€™s on the ugly side due to featuring dull backdrops and small sprites. Being a pencil, Woodyâ€™s primary form of attack is to erase enemies from existence by using his rubber tip, inappropriately situated in his pelvic region.

Bonus stages made better use of the SEGA CDâ€™s tech, taking the form of Mode 7-esque mazes in which Woody spins around on his head. The cut-scenes also featured crude CGI animations which nowadays resemble the stuff of nightmares. Brr.