Coming as a surprise to absolutely nobody, Destiny 2 is the UKâ€™s new no.1. It had the biggest launch of 2017 so far, beating previous record holders Horizon Zero Dawn and Ghost Recon Wildlands.

Thereâ€™s a slight sting in this tale, however. Physical sales were down an estimated 58% over the original Destiny, which launched three years ago. According to leaked figures, D1 sold 417k copies at launch whereas D2â€™s week one sales were 175k. 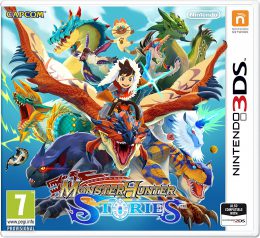 There are a few explanations for this shortfall. Firstly, digital sales arenâ€™t included in the UK chart â€“ itâ€™s likely digital pre-orders far exceeded that of the original, with many eager to play the moment servers went live.

Secondly, the PC version isnâ€™t due out until next month. And thirdly, the original Destiny launched on a Tuesday, giving it an extra day to generate sales.

Weâ€™d wager that some gamers have simply chosen to wait for a â€˜complete editionâ€™ instead, due to the franchisesâ€™ DLC oriented nature. The lack of pre-launch reviews may have also had an impact.

Despite all this, Destiny 2â€™s launch shouldnâ€™t be marked down as a failure â€“ Bungie reported 1.2m players were online concurrently over the weekend. US sales are yet to be revealed too, which could show an all-together different story.

The UK top 40 saw a few other new entries this week. Sonyâ€™s Knack II made #12, Capcomâ€™s Monster Hunter Stories arrived at #21 â€“ while also topping the 3DS chart â€“ and the Switchâ€™s Binding of Issac: Afterbirth debuted at #36.

As for other occurrences of note, ARK: Survival Evolved and Everybodyâ€™s Golf have both left the top ten after just one week on sale, while Yakuza Kiwami has left the top 40 entirely. It wonâ€™t be long until Agents of Mayhem suffers the same fate â€“ Deep Silverâ€™s colourful shooter is currently clinging in at #39. Only a sub-Â£20 price drop can save it now.