LEGO Worlds (Â£24.99) and The Binding of Isaac: Afterbirth+ (Â£35.99) are both tardy conversions. We werenâ€™t entirely smitten with LEGO Worlds on PS4/Xbox One â€“ the toolset gives plenty of potential to build structures wild and wonderful, but the exploration aspect â€“ which is structured similar to No Manâ€™s Sky â€“ is sloppy, and too random for its own good.

The Binding of Isaac: Afterbirth+ may be less familiar to Nintendo fans. Itâ€™s a remake of a popular PC dungeon crawler/Roguelike from 2011, which caused a degree of controversy due to its biblical storyline. It plays like a twin-stick shooter, with the idea being to escape from a basement. US gamers received it back in March where it gained numerous 8/10 reviews. If you can swallow the step price tag, it’s worth your time. 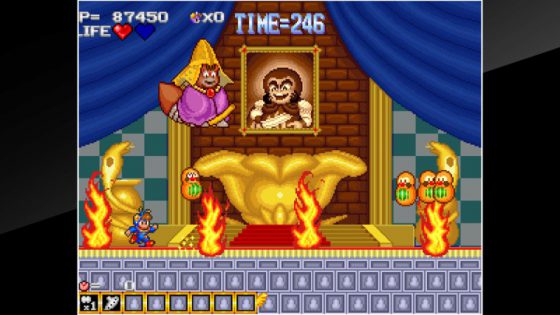 Whereas the above two titles are available both at retail and on the eShop, the following are download only.

Our NeoGeo title for this week is Blueâ€™s Journey (Â£6.29), a colourful platformer from 1991. It looks visually crude when compared to later NeoGeo releases, so weâ€™re going to go out on a limb and say itâ€™s probably showing its age. Might be an idea to wait for Top Hunterâ€™s eventual release.

Next up is a surprise release of Double Dragon 4 (Â£8.59). Unlike DD Neon, this instalment uses authentic 8-bit sprites. Reviews of the PS4 version from January were far from positive, resulting in a shameful 49% Metacritic. 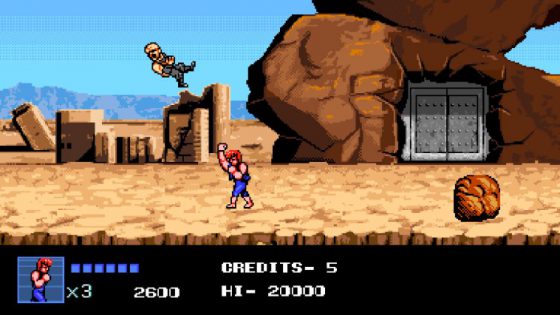 Lichtspeer: Double Speer Edition (Â£8.99) made its debut on PS4 likewise. Unlike DD4, this one is pretty good â€“ an eccentric and eye-hurtlingly colourful spear chucking sim.

Weâ€™re pleased to see NeuroVoider (Â£12.99) getting a second lease of life on Switch as well, as the achievement ratios on Xbox One suggest sales numbers were low. Much like Blinding of Issac, this too is a twin-stick shooter RPG, only with a futuristic setting. Itâ€™s a safe purchase.

The same can be said for The Bridge (Â£8.99), a M. C. Escher-esque 2D puzzler previously released on just about every console with a pulse.

Then we have R.B.I. Baseball 17 (Â£26.99), which is presumably receiving a retail release in the US. The Xbox One version received a critical mauling back in March, so definitely wait for reviews to arrive before opening your digital wallet. 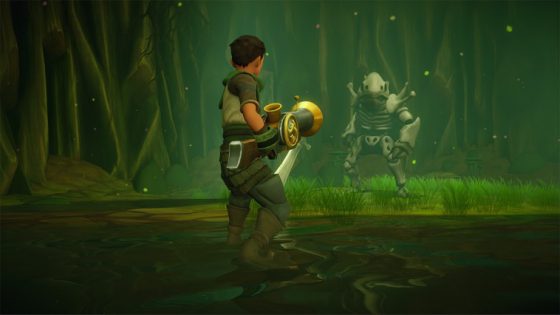 The 3DS sees a major new release this week too, in the form of Monster Hunter Stories (Â£34.99). Reviews went live today, gaining a 7/10 from Destructoid and an 8.0 from Nintendo World Report. â€œNewcomers and veterans alike will find a lot to love, but also need to go in with lowered expectations about the combat,â€ they said.

Give the demo ago, if youâ€™re curious about this spin-off.

The 3DS also gets Crystareino (Â£8.99), yet another 2D JRPG from Kemco, while the Wii U sees two new releases â€“ 2D platformer The Gem Collector (price TBA), and EARTHLOCK: Festival of Magic (Â£8.99). EARTHLOCK made its debut on Xbox One some time ago, where it was compared to a typical PS2 era RPG. If youâ€™re still clinging to your Wii U, give it a look â€“ itâ€™s a rather accomplished effort, and it also received a hefty patch recently that added loads of improvements and content.

Out of all Nintendoâ€™s of current consoles, the Wii U has the most enticing discounts this week with Guacamelee! Super Turbo Championship Edition and Severed due undisclosed price drops. Keep an eye on the eShop â€“ discounts should be live by the time you read this.