While the assortment of new eShop releases is smaller than usual this week, the fact that a new Mario game is amongst them means itâ€™s still a more exciting week than most.

The current Metacritic score of 85% places it just outside the ten highest rated Switch games released so far, and a few positions higher than Splatoon 2 (with 83%). Not that this means a great dealâ€¦aside from the fact that Kingdom Battle is another reason to purchase a Switch. 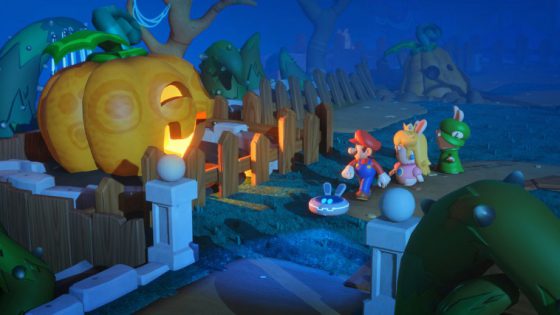 League of Evil meanwhile is an 8-bit style action game with a level designer. It originally released on mobiles back in 2011 where it gained a cult following. Nintendo Life reports that itâ€™s more than deserving of a Switch conversion, praising the tight controls, bold visuals, and challenging difficulty level.

Sky Ride is a conversion likewise, this time of a PS4 title. Despite the reasonably accomplished visuals, itâ€™s apparently a bit of a mess. Weâ€™re talking Vroom in the Night Sky level of awfulness here. 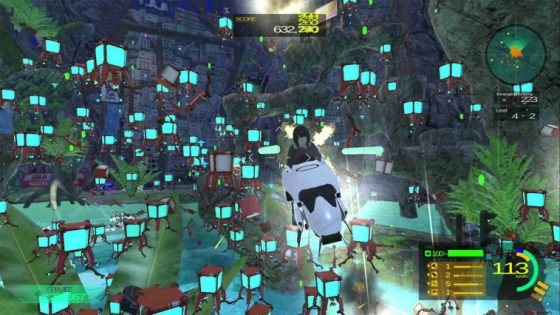 We were expecting to see Culdcept Revolt (3DS) and Astro Bears Party (Switch) hit the eShop this week, but both are absent from Nintendoâ€™s schedule. They may still make it to their respective eShops before the week is out, mind.

As for discounts, the majority come courtesy of RCMADIAX, with their New 3DS and Wii U back catalogue dropping to 93p per game. Nano Assault EX and Gurumin 3D: A Monstrous Adventure on 3DS also see a price drop, falling to Â£6.35 and Â£6.99 respectively.