Uncharted: The Lost Legacy takes no.1, becoming the 6th PS4 exclusive to take the top spot this year. Gamesindustry.biz reports sales of The Lost Legacy were â€œslightly less than halfâ€ of what Uncharted 4 managed at launch. 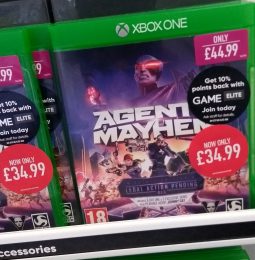 As always though, digital sales arenâ€™t included. The less-than-full-price RRP may have prompted many to make a purchase through PSN.

Gamesindustry.biz also states that sales of Codemastersâ€™ F1 2017 â€“ which debuts at #2 â€“ were down from F1 2016â€™s launch. With review scores generally higher than last yearâ€™s iteration, it may eventually surpass it in the long run.

Team 17’s The Escapists 2 entered at respectable #12, with sales up a whopping 378% over the original. Could be a steady seller, this.

Elsewhere in the top 40, Minecraft: Story Mode is back at #28 thanks to the arrival of last weekâ€™s Switch version, while Overwatch: Game of the Year Edition helps the evergreen shooter bounce back at #24.