Weâ€™re all for publishers and developers creating new IP. In Agents of Mayhemâ€™s case however, we struggle to see why Volition didnâ€™t give the world a new Saints Row instead.

This generation hasnâ€™t had a proper exclusive Saints Row title yet. Moreover, the franchise is more than popular enough to ensure a decent amount of pre-orders and steady sales thereafter.

In short, a new Saints Row would have had a very good chance of taking no.1 in the UK chart. Agents of Mayhem hasnâ€™t been as lucky, making its debut at #4. 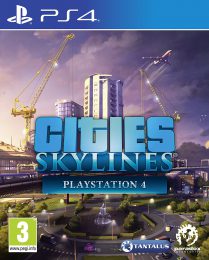 While not a poor position, traditionally sales are slow in the summer â€“ new releases reaching no.1 by selling just a few thousand copies isnâ€™t unheard of during this time of year.

Case point: Crash Bandicoot N. Sane Trilogy is the UKâ€™s number one for a seventh week running, despite sales dropping 23%. 2014â€™s GTA V is at #2, while 2015â€™s Fallout 4 sits at #3. Itâ€™s that crazy time of year where just about anything can make the top ten following a significant price cut.

The PS4 version of Cities: Skylines is this weekâ€™s only other new arrival, entering at #20. The Xbox One version failed to make the top 40 at launch, although it did make an appearance later down the line.

Maximum Gamesâ€™ Troll & I â€“ which has received a mauling from critics â€“ did however manage to make #6 in the Switch chart, outselling such games as Super Bomberman R, LEGO City Undercover and Ultra Street Fighter II. Oh dear.

All eyes on next week, where itâ€™s more than likely that Uncharted: The Lost Legacy will prevent Crash Bandicoot from having an 8th week at no.1. Crash upheaved by his own creators. Why, itâ€™s almost ironic.