The next fortnight or so is jam-packed with Nintendo goodness. The Switch sees five new releases this week alone, including the anticipated Splatoon 2, while next marks the arrival of the New Nintendo 2DS XL along with a trio of notable new first-party releases. 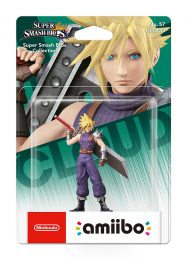 If that wasnâ€™t enough, thereâ€™s a slew of new amiibo out tomorrow too. Good luck to anybody hoping to pick up Cloud and Bayonetta without a pre-order, as it looks like stock is clean out.

Critics are seemingly in agreement that Splatoon 2 offers more of the same, but thatâ€™s not exactly a bad thing. The original was one of the most refreshing and innovate online shooters around.

10/10 â€“ Nintendo Life: “Anyone who says Nintendo canâ€™t do online should be eating their words right now; Splatoon 2 is simply inkredible and continues Nintendo’s trailblazing first year of Switch stunners”

9/10 â€“ The Metro: “It barely classifies as a sequel, but even if youâ€™ve played the original this is still one of the best online shooters ever made”

8.5 â€“ Destructoid: “If you’re the type of person who tried Splatoon for a little while and gave up, Nintendo hasn’t done a whole lot to change your mind outside of adding a horde mode. But with more concessions for higher-level play and a deeper meta, veterans will be jumping ship from Wii U to Switch in an instant”

8.25 â€“ GameInformer: “Splatoon 2 offers a strong stable of content demonstrating familiar fun that newcomers and old fans should check out”

8/10 â€“ GameSpot: “If you played a lot of the original, the sequel has enough to keep you coming back, and if you’re new to the game, it’s a fantastic place to jump in”

4/5 â€“ GamesRadar: “Splatoon 2â€™s formula no longer feels original, but it looks great, its controls are tight, and thereâ€™s enough variety to give you dozens of hours of multiplayer fun”

The other two retail downloads – as Nintendo calls them – are Cave Story+ (Â£26.99), and Fate/EXTELLA: The Umbral Star (Â£49.99). Although Cave Story may seem a tad pricey, bear in mind that itâ€™s going to receive a few new modes and other updates in the not too distant future. Itâ€™s a bargain when compared to the current going rate of the 3DS version too, which sells for as much as Â£70 nowadays.

As for Fate/EXTELLA, we reviewed the PS4 version of this anime hack â€˜n slasher back in January and found it to be quite repetitive. 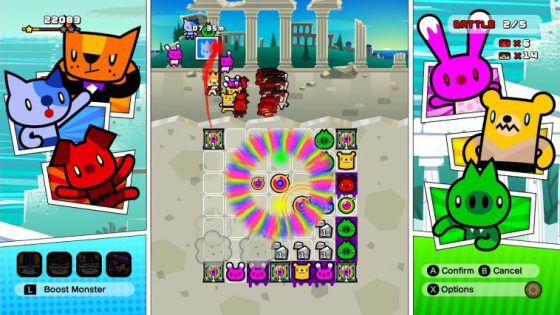 The Switch also gets Boost Beast (Â£8.99), a colourful puzzler from Arc System Works, and ACA NeoGeo Samurai Shodown (Â£6.29) â€“ a conversion of the 1993 one-on-one brawler. Itâ€™s one of the best NeoGeo games, going on to spawn numerous sequels.