Micro Machinesâ€™ core concept is so simplistic that it isnâ€™t in need of an explanation. We should be in safe and familiar territory here, yet after playing a few matches it soon transpires that World Series is anything but. It looks similar to Micro Machines games of yore, with its breakfast table courses and such, but under the hood itâ€™s a very different beast.

Rather than building on the foundations of 2014’s Toybox Turbos, what we have here is a radical overhaul clearly intended to compete with Rocket League, and more bizarrely, Overwatch.

With loot boxes that bestow new skins, alternative lines of speech and different spray tags, the Overwatch influence is beyond obvious. Even the achievement list bares resemblance to Blizzardâ€™s almighty online shooter. Still not convinced? In Battle Mode, each vehicle is loosely linked to a class type, and each has their own arsenal of attacks including an â€˜Ultimateâ€™ that charges over time. 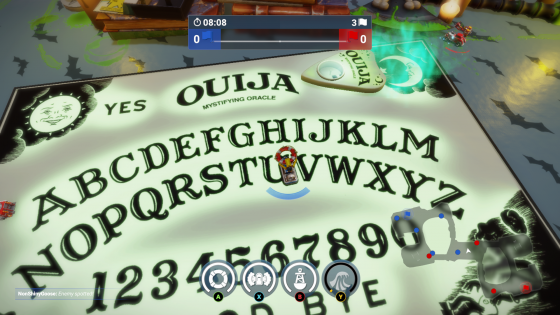 The ambulance vehicle acts as a healer, restoring health via a glowing green beam, while the shotgun-toting police cruiser can buff the damage of nearby players. A bright yellow â€˜DOGâ€™ digger can place gun turrets and erect walls; the fire engine can push opposition back with a hose. And as youâ€™d expect, the two G.I Joe vehicles – World Series is chock-a-block with Hasbro product placement, incidentally – lend some heavy firepower.

Clearly, a lot of thought has gone into creating unique arsenals for each vehicle, and it also explains why the roster comprises of just twelve cars. Developer Just Add Water, best known for their Oddworld remakes, had to keep the Battle Mode balanced. This also explains why only ground vehicles are present and why the hovercraft, rather inexplicably, explodes upon touching water. 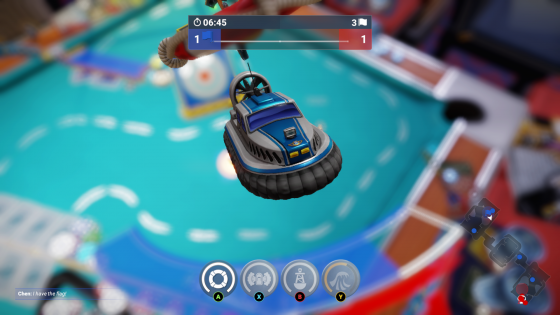 Even with a slim assortment of vehicles and just three modes – King of the Hill, Capture the Flag, and Bomb Delivery â€“ Battle Mode still suffers from being too unpredictable and chaotic. Not the good kind of chaotic, we should note – the messy, uncontrollable, kind. The maps are larger, and thus more open than race tracks, but as a result driving from one objective to the next is often a laborious task, with very little happening between. Navigating the multi-floored workshop arena is particularly arduous, forcing you to ride down long ramps and winding paths to get from one floor to the other.

As for the combat, most weapons are wildly imprecise. Moreover, vehicles have large turning circles and sluggish reverse speeds, so itâ€™s often the case of deploying all arsenal at once and hoping for the best. Blowing up an enemy base and bringing a flag home safely can feel satisfying at times, but this all depends on how many AI youâ€™re up against. While far from brainless, the novelty of outwitting CPU controlled drones soon wears off, even with a guest appearance from Violet Berlin. 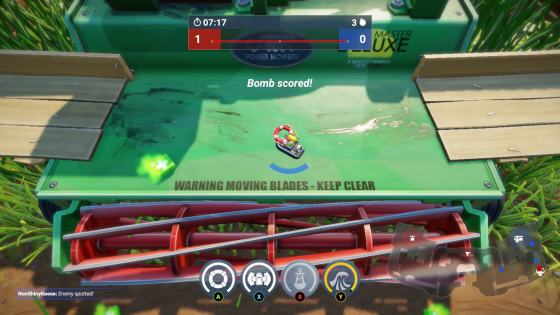 Eight paragraphs in and we havenâ€™t even mentioned the two racing modes. Itâ€™s sad to say that they feel like afterthoughts, with the bulk of development time spent on the Battle Mode. The looseness of the handling really impacts the game here, leading to many swift and frustrating deaths.

Even knowing the ten race tracks inside and out doesnâ€™t give all that much of an advantage as, and for no apparent reason, vehicles will take some corners wider than others. After launching off ramp they tend to skid uncontrollably when hitting the ground, and tracks are littered with physics-enabled junk that can become lodged under your wheels. Weapon assortment is equally disappointing, with far fewer available than in the Battle Mode. 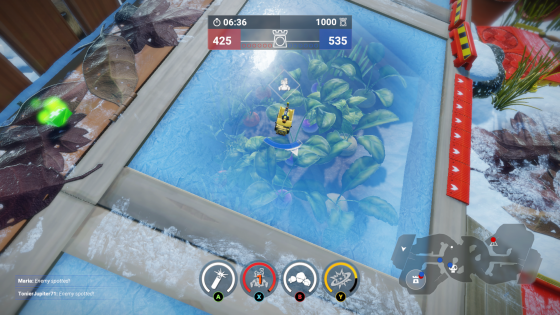 In Elimination Mode, thereâ€™s always an air of uncertainty present as to what constitutes as an elimination. Sometimes youâ€™ll fall behind and vanish from the screen, only for the camera to pan out at the last second. While this does provide scope to catch a â€˜second windâ€™ it also adds to the overall sloppiness. We do however approve of the way the camera zooms in close when only two players are left. Itâ€™s a small touch that goes a long way, helping close battles to become that even more tense.

Visually itâ€™s whole shebang is pleasing on the eye too, with such trackside objects as Codemastersâ€™ early cassette-based games helping to provide an extra dose of nostalgia.

Ultimately though, Micro Machines World Series is the gaming equivalent of New Coke â€“ a classic formula thatâ€™s been tampered with against better judgement. Come for the races, stay for the battles. Thatâ€™s something we never expected to say when it comes to Micro Machines, but then, we never expected it to borrow so heavily from a certain first-person shooter either.