Itâ€™s an eventful week for the Nintendo Switch. Not only has the first piece of Zelda: Breath of the Wild DLC landed â€“ with a second add-on pack due this winter â€“ but the eShop also sees the first Switch discounts, with Snake Pass and Bomberman R down to Â£9.59 and Â£29.99 respectively.

The Master Trials â€“ part of Zeldaâ€™s Â£17.99 expansion pass â€“ includes the Trial of the Sword challenge, four new armour sets, the Korok Mask, a new Master Mode difficulty level and the Hero’s Path Mode, which keeps track of areas players are yet to explore.

The Switch also gets two new titles. The exceedingly colourful ACA NeoGeo Magical Drop II (Â£6.29) is welcome addition given the lack of puzzle games on the Switch, while GoNNER (Â£8.99) is a devilishly tough roguelike platformer.

Nintendo Life thought GoNNER was deserving of an 8/10. â€œIf youâ€™re the type who enjoys a serious challenge we recommend giving this title a go; it is one that will reward those who stick with it the most,â€ they said.

The 3DS gets just one new game, but itâ€™s a goodâ€™en – Mighty Gunvolt Burst (Â£8.99) went down well on Switch earlier this month, described by many as a brand new Mega Man. 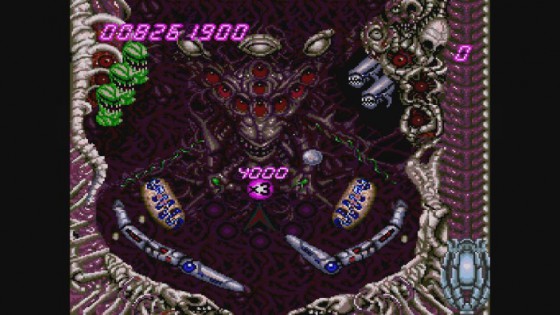 Would you believe that the Wii U receives the most releases this week? BLOC (Â£2.69) puts a few twists on the arcade classic Pong, while Space Hunted (Â£2.69) pays homage to Metroid, 8-bit pixel art and all. Then thereâ€™s a Virtual Console release of Alien Crush (Â£5.39), the Turbografxâ€™s oddball pinball game.

In addition to the two aforementioned Switch games, the SteamWorld series is also currently on offer. SteamWorld Dig is down to Â£1.74 on both Wii U and 3DS, while SteamWorld Heist is on offer for Â£5.49. SteamWorld Heist: The Outsider DLC will set you back Â£5.49, meanwhile.

Also give the excellent Sky Force Anniversary on Wii U some consideration. The impeccably designed shooter is down to Â£6.29 until 6th July.