Nintendo picked the perfect week to release Ever Oasis â€“ itâ€™s absolutely scorching outside. The review embargo lifted today, and weâ€™re pleased to report this RPG shouldnâ€™t be left in the shade.

The Metacritic currently stands at 81%, comprising of a few 7s, a wealth of 8s and a couple of 9s. â€œEver Oasis is basically a Harvest Moon-esque game with semi-open world roaming and Zelda-like dungeons. Itâ€™s nice, aesthetically and thematically, with lovely solid chibi style characters and some wonderfully twee music that I just canâ€™t stop humming,â€ said God is a Geek, who opted for an 8.0. 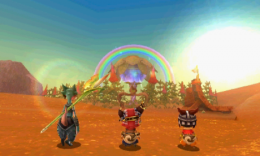 Destructoid dished out an 8.5 meanwhile: â€œThe longer I play, the more I enjoy it and that is far more uncommon than it should be. If this game is to be the first of a new franchise, itâ€™s a damn good starting point.â€

The Switch gets its own Zelda-alike this week, in the form of Oceanhorn: Monster of Uncharted Seas (Â£13.49). This one borrows heavily from Wind Waker, and despite its mobile roots, it went down well on Xbox One and PS4. If you donâ€™t go into it expecting a masterpiece of Zelda proportions, you wonâ€™t be disappointed.

Thatâ€™s joined by ACA NeoGeo Fatal Fury 2 (Â£6.29), which was one of the consoleâ€™s most popular games. Youâ€™d still be better off with excellent Garou: Mark of the Wolves, mind â€“ itâ€™s a tad more refined. 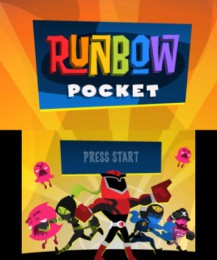 Going back to 3DS, RPG Maker FES (Â£39.99) also launches on Friday. As noted in our weekly new release round-up, the first review isnâ€™t too encouraging â€“ a middling 5/10 from Nintendo World Report, who warned of a lack of tutorials and a poor interface. Mario Maker this isnâ€™t.

Ingeniously though, the app required to play RPG Maker FESâ€™ creations is free – RPG Maker Player also hits the 3DS eShop this week. In the absence of reviews, it’s probably a good idea to test a few creations out before coughing up Â£40 (!) for the game itself, just to see what itâ€™s capable of.

The 3DS also gets the medieval themed River City: Knights of Justice (Â£13.49), which is less of a brawler and more of a role-player, while Runbow Pocket (Â£10.99) heads to New 3DS.

Demos of both Miitopia and Hey! Pikmin on 3DS are also now available. 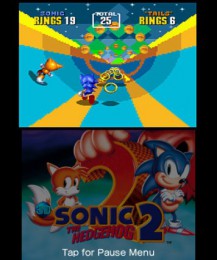 Before we get onto discounts, there are two new Wii U games to cover. The Girl and the Robot (Â£8.99) has been available on Steam for some time, gaining favourable reviews while being compared to the PS2 classic ICO, while Drop It: Block Paradise! (Â£8.99) is a physics-based puzzler that uses the touch-screen.

Thereâ€™s a Sonic the Hedgehog sale in full swing currently too, which includes a mixture of modern titles and Virtual Console re-release. Prices start at Â£1.74 for Sonic Drift 2 on 3DS, rising to Â£19.99 for the likes of onic Lost World and Sonic Boom on Wii U. A list can be found on the Nintendo UK site.