Role-playing games usually donâ€™t hit their stride until around the 8-hour mark, with most starting with a slow-burning introduction sequence that sets up the stage for whatâ€™s to come. THQ Nordicâ€™s The Dwarves â€“ a tactical RPG released right at the end of 2016 â€“ breaks this tradition, being an incredibly fast-paced and condensed experience with little to no flab.

After around just 8 hours of play the story was heading towards the point of no return, and it wasnâ€™t long until the final blow was delivered to the end boss. With the plot being an amalgamation of Lord of the Rings and The Hobbit, based on a trilogy penned by Markus Heitz, thereâ€™s an undeniable Tolkien-esque vibe present, references to bearded female dwarves and all.

Over the space of two evenings, Iâ€™d grown familiar with likeable protagonist Tungdil, completed the majority of side-quests, saved entire towns from orc armies, forged a mighty weapon to rid the world of evil, and tracked down the main villain to their lair. In any other RPG, I’d be squaring up to the first boss roundabout now. 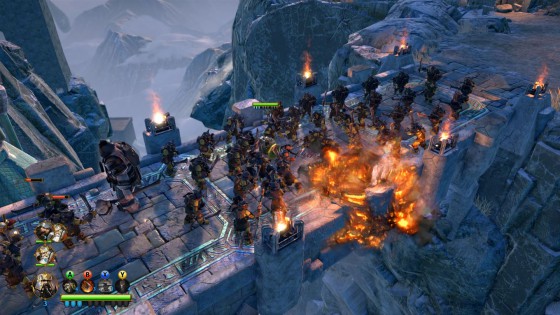 Indeed, the speed of which the plot develops is pretty astonishing, with drama-filled cut-scenes appearing at the end of almost every battle. Each chapter lasts around 2 hours, mostly comprising of a couple of large scale battles and a handful of surprise encounters. These encounters often occur when visiting a town or tavern via the map screen, and mostly involve â€˜Choose your own Adventureâ€™ dialogue boxes with multiple choices. In a few instances picking the wrong answer leads to insta-death, which is mighty frustrating, but generally finding out what happens next is compelling, especially in prickly situations.

Itâ€™s during battles that The Dwarves lets its guard down. Usually, we can look past the odd framerate drop here and there, but here the action routinely drops to single digit frames and often pauses entirely for a few seconds to let things catch up. In an era where most gamers expect a steady 60fps, itâ€™s almost unbelievable that a developer would dare to release something so technically inept. Loading times are absurdly long too â€“ we dread to think of the gameâ€™s state prior to its 13GB patch.

In concept alone, however, the combat is sound. Itâ€™s an RTS in which itâ€™s possible to move cohorts around and line-up their attacks while the action is paused, and then sit back and watch your tactical choices pan out after unpausing. Each character has a mixture of magic, melee and ranged attacks and they can also be assigned with magic charms and such that temporarily boost stats. Characters automatically leap into battle if enemies approach – and early battles can be won solely on lazy autopilot – but during later battles itâ€™s ideal to frequently re-group and line-up attack in advance. 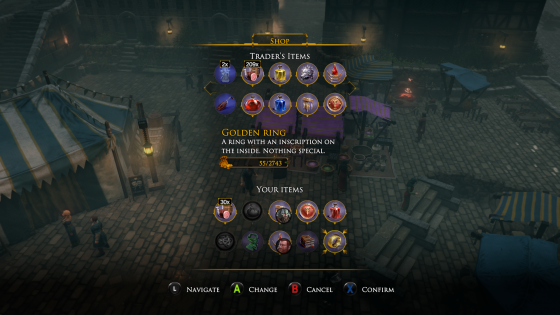 Youâ€™ll soon learn to save often. Also: to avoid using sweeping attacks near party members â€“ axe swings and swift kicks can knock fellow dwarves off bridges and such, killing them instantly. If this happens to Tungdil, the humble blacksmith lead, then itâ€™s an instant mission failure. Frustrating isnâ€™t the word.

But, mostly, The Dwarves is smooth sailing. An odd mixture of short battles, frequent cut-scenes, bosses that can be defeated with little fuss, and random encounters over in mere minutes. The fact that developer King Art had a small Kickstarter-funded budget is really hammered home during the final chapter, with a handful of boss battles in quick succession.

After the credits rolled and the 40-minute-long Kickstarter rollcall commenced, everything clicked into place. King Art had lots of promises to keep but had to work within constraints. The Kickstarter raised $310k â€“ loose change when compared to Yooka-Layleeâ€™s cool Â£2m. They were clearly up against a tight schedule too, resulting in a super-condensed RPG that time has all the plot twists, character developments, and side-quests that youâ€™d expect in a role-player, but in delivered in double time.

Given the favourite pastime of The Dwarvesâ€™ heroes, itâ€™s somewhat apt that it can be described as a diamond in the rough.