In Refunct, the end is just the beginning. It isnâ€™t until after the initial playthrough that it starts to resemble a conventional video game.

Until then, itâ€™s less of a â€˜gameâ€™ and more of an experience.

Set in a world stripped of colour, itâ€™s your job to bring it back to life, restoring colour by leaping and wall running off blocks and platforms to reach the activators that make more colourless blocks rise from the water. Along the way, there are collectable cubes to find, and a couple of new playthings are introduced. 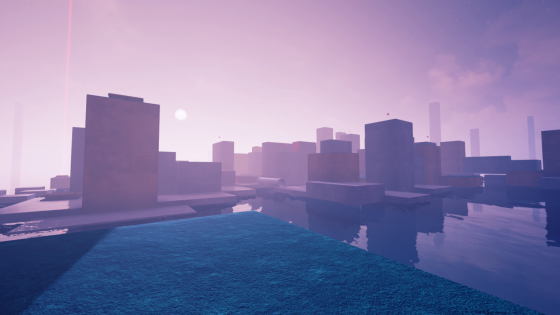 There are no means of failure whatsoever, allowing you to take in the calmness of the water, the tranquil sunsets and mellow soundtrack as you work out how to reach the next area. The task at hand takes around 15-20 minutes; a length thatâ€™s reflected by the price â€“ a mere Â£2.39.

As well as a bonus for finding all collectables, there are also achievements to gain for reaching the end within certain time limits. Beating it within 8 minutes itâ€™s tough; under 4 minutes is a challenge. Suddenly the tranquil experience you just played through becomes a rush to beat the clock, prompting you to try and memorise block formations and activator locations. 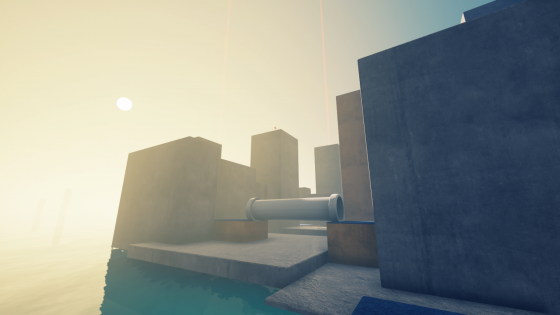 Then comes the clincher â€“ an achievement for beating it while touching less than 33% of the blocks. Thereâ€™s no leeway for aimless wandering, so planning comes into play.

Itâ€™s a somewhat tricky task of taking shortest routes while making use of the water to reach new areas without setting foot on the ground. It’ll likely take a couple of attempts, resulting in a playtime far exceeding the 15 minutes it initially takes to complete.

Refunct constantly amazes with its ability to offer as much as it does despite being so incredibly simplistic. Itâ€™s the kind of experience that doesnâ€™t come around often, therefore you should take an hour out of your day to play it.