Can a game be too well designed? After playing Rime, I reckon so.

It was about half way through that I realised that I didn’t need to think. I stopped worrying about where to go, because I realised that Rime is precision engineered to guide the player in the right direction. It’s really, really impressive. Honestly, as a design exercise, it’s exquisite. But that makes it – as a game – a little… bit… boring.

I don’t like thinking that, because so much about Rime is so appealing. The beautiful, enigmatic adventure of a young child on a strange island – sounds interesting, right? Well, let’s pick that apart. 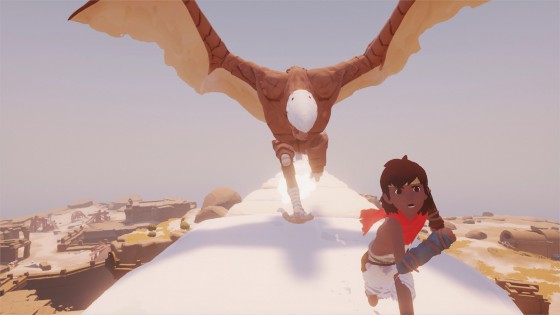 It’s unquestionably beautiful, the art style falling somewhere between Ico, Journey and The Legend of Zelda: The Wind Waker. It’s equally appealing in motion, the soundtrack is wonderful, and the controls are intuitively simple. Really, there’s nothing not to like: it’s a joy to be in the game’s world.

Next: enigmatic. It subscribes to the show-don’t-tell school of storytelling, the narrative only unravelling in the closing stages. Looking back I’m not entirely convinced that it pays off on enough of what went before, and I found the denouement clunky – and one of those rare cases where a cut-scene might have been more satisfying than an interactive sequence. It aimed laudably high, but for me didn’t quite hit.

Which brings us to the adventure itself. At first the island is an impressive environment, and exploring it is fascinating. But after a while I started to see the game’s tricks – the varieties of breadcrumb trail to follow, the visual cues for what you can interact with – and that put me at one step removed from the adventure. There are bits and bobs to be found, but the scope to leave the beaten track is often limited, and the rewards not really rewarding enough. 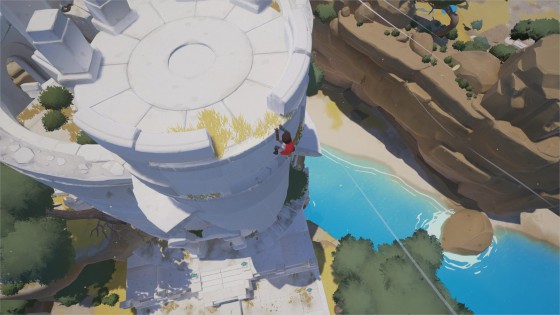 There’s nothing wrong with a linear experience of course, but there are two problems with that here. The first is a lack of peril: only in one section is there an enemy that can kill you, otherwise you can only die from falling, and when you do die restarting is quick, and little progress is lost.

The other is a lack of challenge. Puzzles typically involve pushing and/or carrying objects in a closed environment, so even when a logical solution escapes you there are only so many things to try. And as mentioned earlier, the game is excellent at guiding you, with soft visual hints and hard barriers, so again if it’s not obvious where to go, it rarely takes long to eliminate the possibilities.

All of which left me with the impression of Rime as a quite beautiful clockwork toy, and playing the game like winding the toy forward. There’s pleasure in the craftsmanship, which shouldn’t be underestimated, but I didn’t find the substance that some have.