Eagle-eyed readers will have noticed a certain game managed to elude last weekâ€™s new release round-up – the Kickstarter-funded Friday The 13th: The Game, which snuck out on Friday. We guess waiting until October 13th – the next Friday 13th of 2017 – was out of the question.

Itâ€™s a shame publisher Gun Media couldnâ€™t hold off until then, as not only would it have been a stroke of marketing genius, but first impressions suggest that it sorely needs more time in development. Those who took the plunge and coughed up the rather extravagant Â£31.99 asking price have compared it to an early access title, full of bugs and features that havenâ€™t been implemented properly. Or even at all, as is the case of the planned single-player mode. Thatâ€™s being added later down the line. The fact that the developers have plans for future updates is encouraging, at least, suggesting they arenâ€™t about to grab your money and run.

While we havenâ€™t played it for ourselves yet – Â£32 is a bit out of our comfort zone for something of questionable quality â€“ we have watched half-a-dozen live streams, first impression videos and such. 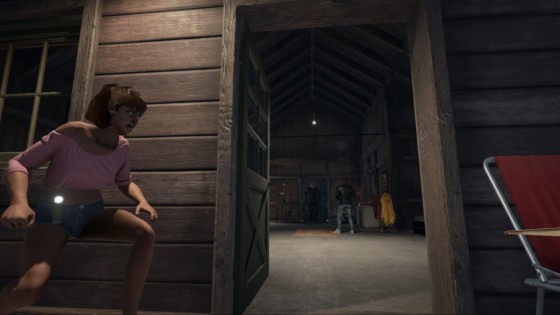 Most players agree that thereâ€™s something of significant substance here, but currently, itâ€™s buried under a tonne of problems. Poor matchmaking seems to be the biggest criticism, with lengthy waiting times to get into a match. Jim Sterling also bemoans of clunky controls, glitches, hilariously daft facial expressions, and a general whiff of dullness. When Jason isnâ€™t hot on your heels, itâ€™s simply a glorified scavenger hunt.

gameranx meanwhile enjoyed the amount of fan service â€“ noting the various incarnations of Jason available â€“ and the fact that each playable camp counsellor has different stats, but found that Jason himself is overpowered and the means of defeating him a little too cryptic. That said, reddit users collectively managed to work it out within a day or so of release, so the know-how is out there.

For those not aware, Friday The 13th: The Game as an asymmetrical multiplayer experience not dissimilar to Evolve and Left 4 Dead. One player takes control of Jason, while the remaining players fill the role of the camp counsellors. The idea is to scavenge for parts to repair either a boat or car, while placing traps and trying to escape Jasonâ€™s clutches. Levels are procedurally generated in order to keep things fresh and players on their toes, and over time Jason can grow stronger. 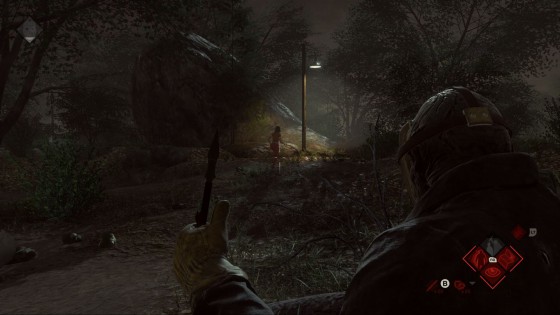 If this sounds like an enticing set-up, thatâ€™s because it is: there is something genuinely appealing about the prospect of a Friday The 13th game. Alas, this only makes it even more disappointing to hear that the developers havenâ€™t ironed out all the kinks yet. If youâ€™re thinking of taking a trip to Camp Blood, then make sure youâ€™re prepared to take the rough with the smooth.

On a related note, the arrival of Friday The 13th: The Game has provided food for thought. There must be a wealth of inexpensive movie licenses out there, ready and waiting to be picked up by indie studios. This could very well mark the start of a new era of movie licensed games, created by dedicated teams that genuinely want to do something worthwhile with the source material.