We were expecting The Farm 51â€™s Get Even this week, but in light of the attack in Manchester publisher Bandai-Namco has made the decision to postpone its release. Itâ€™s now due out 23rd June.

Itâ€™s a pretty busy week for new releases regardless, being the end of the month and all.

On Nintendo Switch there’s a double-whammy of Ultra Street Fighter II: The Final Challengers and Disgaea 5 Complete. Reviews scores for SFII are all over the place, sadly, with the main criticisms being the price (Â£34.99) and the terrible first-person mode. The Metro felt it was merely mediocre, giving it 5/10, while US Gamer gave it an equally middling for a 3/5. On the higher end of the score spectrum we have Trusted Reviews‘ 4/5 and God is a Geekâ€™s 7/10. 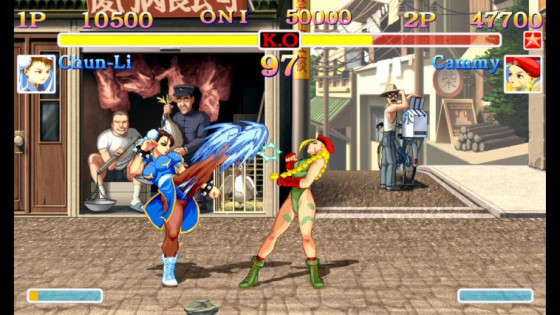 Reviews of Disgaea 5 are starting to surface also, with scores so far including 7/10 from The Metro and 4/5 from Game Revolution.

While neither game has received a critical mauling, we did expect to see a more positive reception for both, especially in the case of Street Fighter II.

Sticking with Nintendo, thereâ€™s Darksiders: Warmastered Edition on Wii U, a game many feared cancelled at one point. Like the PS4/XO version, itâ€™s a cheapy cheap Â£14.99. This isnâ€™t the final Wii U release, we should note â€“ Cars 3 is due out next month on every format with a pulse. We may also see Just Dance 2018 on Wii U, but donâ€™t quote us on that.

Over on 3DS thereâ€™s Cooking Mama: Sweet Shop, which both Destructoid and Pixelkin thought was merely â€˜okayâ€™. â€œThe series age is also showing; Cooking Mama offers polished gameplay that you can find for far cheaper on any mobile deviceâ€ said Pixelkin. 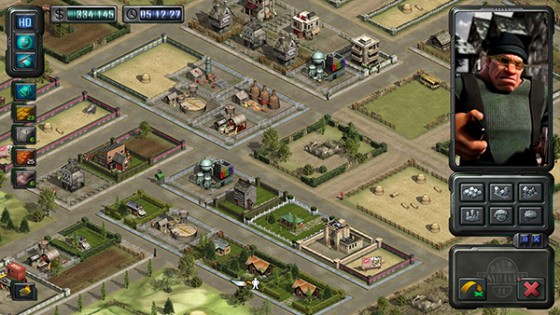 System 3â€™s re-release of Constructor is also due on Switch in the future. Until then, you can find it on PS4 and Xbox One from Friday. The original Constructor launched on PS1 and PC in 1997, gaining a cult following thanks to its quirky sense of humour. Itâ€™s a building/management sim in which all kinds of callous tactics can be employed to halt your rivalâ€™s progress, including sending out a sinister clown to cause havoc. Itâ€™s bound to please fans of the original, but beyond that? We aren’t holding out much hope. A demo goes live on PS4 tomorrow, should you fancy giving it a go.

The PS4 also sees a trio of exclusives head to both retail and PSN: Samurai Warriors: Spirit of Sanada, GUILTY GEAR Xrd REV 2, and Utawarerumono: Mask of Deception â€“ another Atlus RPG that Deep Silver picked up for the west, also out on PS Vita. Reviews have been mixed â€“ everything from 5/10 to 9/10, according to Metacritic. 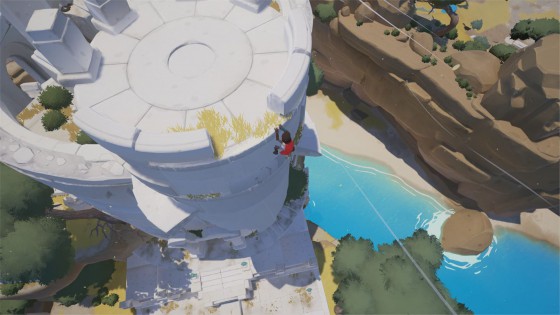 Word-based RPG Spellspire hits PS4, PS Vita and Xbox One meanwhile. We reviewed the Letter Quest-alike on Tuesday and found it to be pretty good if a little basic. The Xbox Hub enjoyed it a tad more, giving it 4/5: â€œItâ€™s good fun, itâ€™s hugely addictive and it comes with enough content to have you still playing some months down the line.â€

This leaves us with RIME, a highly anticipated indie adventure which has seen more delays than this weekâ€™s Constructor and Darksiders: Warmastered Edition put together. It was originally planned as an Xbox 360-exclusive, in fact. EDGE magazine has been keeping a close eye on it over the years, giving it the cover treatment twice. Curiously enough, the first review comes from EDGE â€“ a stonking 9/10. Expect a glut of other reviews before the week is out.