Itâ€™s another case of quality over quantity for the eShop this week, and that suits us just fine. There’s a major 3DS title, two notable Switch releases, two games for Wii U, and a demo of Disgaea 5 Complete ahead of next weekâ€™s launch.

The Switch also gets ACA NeoGeo: Galaxy Fight Universal Warriors (Â£6.39) â€“ a Sunsoft beatâ€™em up from 1995 â€“ and the indie rhythm-action hit Thumper (Â£15.99). Thumper went down a treat on PS4 late last year, gaining some impressively high scores thanks to its hellish vibe and stylish visuals. Word has it that this Switch conversion is everything we could have hoped for, running like a hot knife through a butter-like substance.

Nintendo Life awarded it 9/10 earlier today. â€œThumper is a fantastic video game, an extravagant rhythm experience that’s also a brutal assault on the senses,â€ they said. 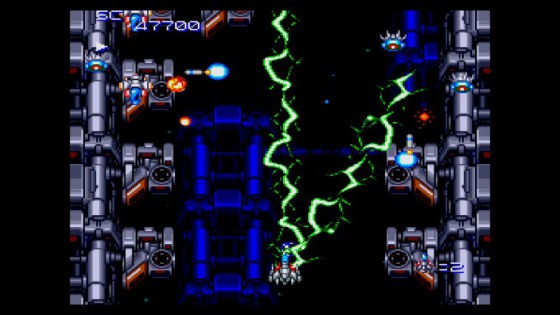 Over on Wii U thereâ€™s PINBALL (Â£1.39) from RCMADIAX, a minimalistic affair thatâ€™s not quite pinball as you know it, and a VC release of the Turbografxâ€™s Super Star Soldier (Â£5.39).

3DS owners are no doubt excited for the arrival of Fire Emblem Echoes: Shadows of Valentia (Â£39.99) tomorrow. This Famicom remake sees the series say farewell to the 3DS before moving onto pastures new.

Rather than offering yet more strategic role-playing, it shakes up the Fire Emblem formula with a spot of first-person dungeon crawling and some first-person sections. 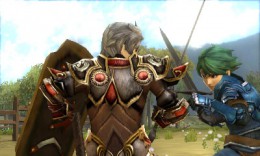 It too received 9/10 from Nintendo Life. â€œThis is a satisfying, deeply strategic adventure with an engaging, personal story and beautiful presentation, full of appealing art and lovely details that come alive as you play,â€ was their verdict.

Polygon wasnâ€™t quite as smitten, however, dishing out a lukewarm 6.5. “Its story was gripping enough to pull me through, but mustering the energy to sit through obtuse battles was Shadows of Valentiaâ€™s biggest challenge,” reads their parting thought.

As is often the case, many of this weekâ€™s discounts are games that have been on offer numerous times before. Terraria for Â£8.49 on 3DS and Â£8.99 on Wii U appears to be the best of the new deals, followed by Soul Axiom on Wii U for Â£5.99. Swords & Soldiers 3D on 3DS drops to a mere Â£3.44 meanwhile.