The first day at a new job usually entails watching dull safety videos about the dangers of heavy lifting and the risks of RSI. Maybe a lunchtime pint with your new work colleagues too if youâ€™re lucky.

The Surgeâ€™s grizzled lead has a far less casual first day at work, arriving at an off-world research complex to find the entire workforce has gone insane. After receiving a shiny new exo-suit, no time is spared before blue-collar worker Warren sets about tearing his would-be workmates from limb to limb. Like the saying goes, one manâ€™s HR nightmare is another manâ€™s thrilling sci-fi adventure.

combat is crunchy and satisfying

The Surge comes from the minds behind 2014â€™s Lords of the Fallen, an (ironically) soulless Dark Souls clone heavily criticised due to failing to hide its influences. All is forgiven, however, as itâ€™s clear Deck 13 has taken onboard the mistakes made in LotF. Most ideas borrowed from Dark Souls have had a novel twist applied, plus it has plenty of its own unique elements too. This puts it more in line with Nioh, which also managed to carve its own niche in the popular â€˜Souls-likeâ€™ genre.

That said, even with taking the shlock sci-fi setting into consideration itâ€™s still more than apparent that Dark Souls provides the bulk of inspiration. Medical bays act as bonfires, providing a place to heal, level up, and gain a new supply of health packs. Upon visiting a med bay all enemies duly respawn, appearing in the same – easily memorisable – locations every time. Medical bays also have crafting facilities, which is where tech scrap gained from each enemy is consumed; The Surgeâ€™s equivalent of souls. Here, however, thereâ€™s a panic-inducing time-limit to reach any tech scrap dropped after dying, often prompting a sense of urgency to return to where you last fell. 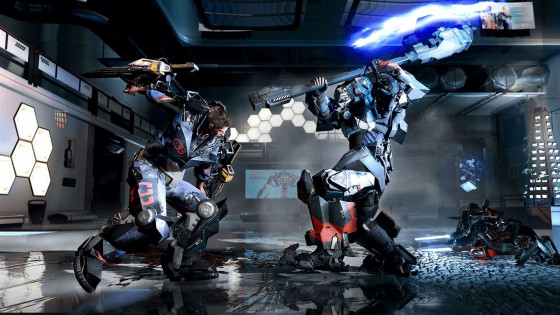 Tech scrap is also used to level up. Or in this case, boost the power capacity of Warrenâ€™s exo-suit. The higher the capacity, the more stat-improving implants you can use. Some of these can be hot swapped while others require a trip back to the med bay to install. Itâ€™s well worth reading their descriptions fully as there are different ways to keep the health bar topped up, including a small boost whenever a heavy-hitting finishing move is performed. As well as health, there are stamina and energy bars to keep an eye on, with energy required to perform said moves. When using light weapons the stamina bar doesnâ€™t require a beady eye; the same canâ€™t be said when wielding heavy weapons that take time to gain momentum when swinging.

Although gloriously grizzly, finishing moves arenâ€™t just for show â€“ theyâ€™re an integral part of the combat system. When locking onto an enemy individual body parts can be selected, with some weaker than others. Build up enough energy by chaining combos and a finishing move can be performed, severing a limb in the process. This bestows crafting resources, and upon encountering a new enemy type, sometimes a new armour schematic too. This makes coming face-to-face with new foes continuously exciting.

Also: terrifying – enemies will beat you senseless until you learn and master their attack patterns. Itâ€™s better to learn to avoid their attacks first, then learn how to bring the pain. 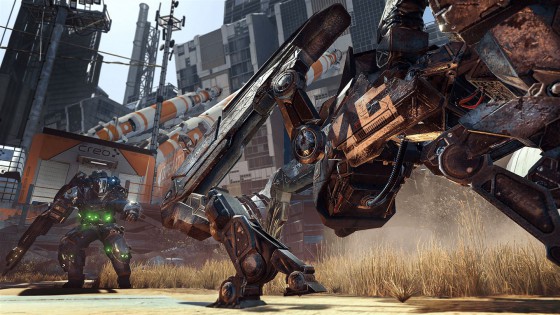 Every single enemy â€“ from flying drones to automated machinery – has the capacity to drain the health bar with just a couple of hits, should you fail to block or evade in good time. Itâ€™s wise to employ all the usual â€˜Souls-likeâ€™ tactics, such trying to separate groups of enemies so they can be dealt with one at a time, or luring them into open areas where attacks can be dodged easily. The opening level isnâ€™t hugely demanding â€“ the enemies here are zombie-like, in some instances observed merely crawling along the floor â€“ but soon youâ€™re faced with enemies highly attuned to your presence, charging with weapons raised and relentless in pursuit.

The first boss sees the first major rise in difficulty, requiring several attempts to finally vanquish. Boss battles are akin to grandeur set-pieces, with each having intricate attack patterns to learn. The camera during the second boss leads to some frustration, but Deck 13 has at least thought to make the â€˜boss runsâ€™ relatively short to take the sting out of having to dust off and try, try, again. Outside of boss battles, collision detection can also be a little off at times, and the fact that you canâ€™t heal while mid-animation cycle often leads to many a death. Overall, though, combat is crunchy and satisfying, with scope for experimenting with the numerous weapon types. 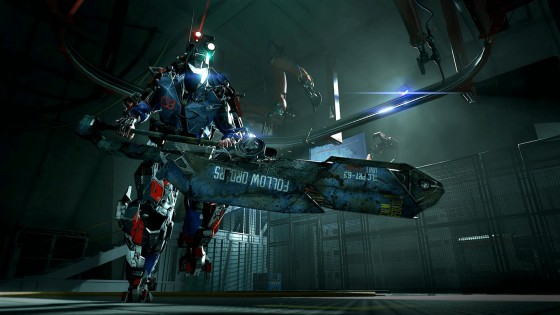 While chances are high that youâ€™ll probably find a favourite weapon and want to stick with it, itâ€™s a good idea to raise proficiency with other types (one handed, two handed, etc) in case a change of tactics is called for later on. At times itâ€™s hard to tell if youâ€™re underpowered, being a brutally tough game and all, but itâ€™s hard to think of a way Deck 13 could have implemented a means of informing.

When things become really hard going, it’s time to grind for resources and craft new gear. Smart level design makes this less of a chore. The level design is an outright highlight, in fact, easily on par with anything From Software has created. The opening stage eventually loops back around to the med bay, with shortcuts opening by overcharging lifts and doors via the exo-suit. Itâ€™s but a mere footprint when compared to the second level â€“ a sprawling, multi-floored, industrial complex thatâ€™s split by suspended walkways. The third stage shakes things up further due to being set both above and below ground, claustrophobic sewer system and all. This area has been left utterly devastated, with security enforcement tight and a safe zone thatâ€™s strewn with litter, broken vending machines and graffiti.

Graffiti and other scrawlings often serve a purpose beyond decoration, adding extra detail to the sketchy plot, along with warnings to heed. 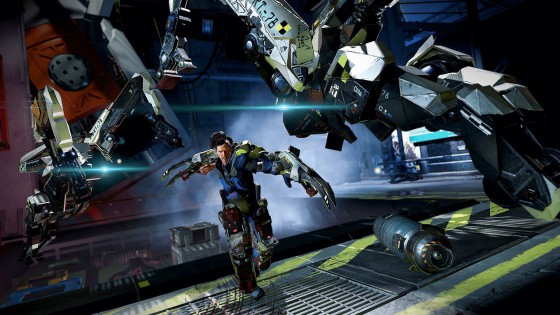 The level of detail is generally impressive elsewhere. Zoom the camera in and you can spot manufacture logos and safety warnings on weapons and exo-suit armour. Environmental effects are alluring too, including some exemplary fire effects. Fuzzy textures feature occasionally, however, and the second stage has perhaps a few too many grey corridors. Still, for the most part, it isnâ€™ far off from resembling a â€˜triple Aâ€™ title.

With The Surge, Deck 13 is on the right path

Shame we canâ€™t say as much for the voice acting and dialogue, both of which are mostly terrible. Perhaps we should be grateful that Warren doesnâ€™t get to open his mouth often due to survivor confrontations being few and far apart.

With The Surge, Deck 13 is on the right path. This is the game Lords of the Fallen should have been, able to stand on its own two feet thanks to having its own identity. It lays a sturdy foundation for something greater still, and we sincerely hope the developers stick with sci-fi rather than turning back to ye olden days. For a sequel to happen, The Surge, of course, needs to sell first. It certainly deserves to do well, delivering guts and grizzle in the smartest of fashions. Itâ€™s challenging, well-designed, and curiously addictive â€“ thereâ€™s always something to spur you on and keep playing, even when enduring one of its rougher patches.