April looks set to be a busy month for the Switch with LEGO City Undercover, Mario Kart 8, Puyo Puyo Tetris, Constructor HD and a tonne of eShop releases due. Before that little lot though, this weekâ€™s eShop update sees March end on a high with a double-whammy of Snake Pass and ACA Metal Slug. 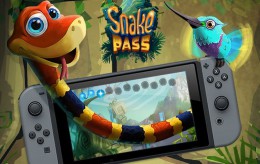 Many critics claim that Sumo Digital’s Snake Pass has a rather Nintendo-like feel to it, and as such, itâ€™s more than an ideal fit for the Switch. Eurogamer also notes that it performs admirably on Nintendoâ€™s new console, which bodes well for future multi-platform UE4 titles.

For those who havenâ€™t been keeping tabs on Snake Pass, itâ€™s a platformer with a twist â€“ thereâ€™s no jump button. Instead, our colourful hero must wrap themselves around objects and twist and turn along poles and such. Weâ€™ve spent an hour or so with the Xbox One version and found it to be both creative and rather pleasing on the eye.

Metal Slug needs no introduction. Or at least, we hope thatâ€™s the case â€“ itâ€™s was one of the NeoGeoâ€™s defining shooters. The debatably superior Metal Slug 3 is already available on Switch, but those looking to satisfy a retro inch would do well to grab this re-release too.

If Go! Go! Kokopolo 3D rings a bell thatâ€™ll probably be because NGamer magazine ran a regular development diary of the DSiWare original. This sequel has been five years in the making, first announced in 2012.

The New 3DSâ€™ trio, on the other hand, are the number-based puzzler Fifteen and two games influenced by arcade classics – Pinball Breakout and Super Destronaut 3D.

A demo of Ambition of the Slimes, a turn-based strategy RPG which launched last August, is also available now on 3DS. If you like the look of this one the full release will only set you back Â£4.79. 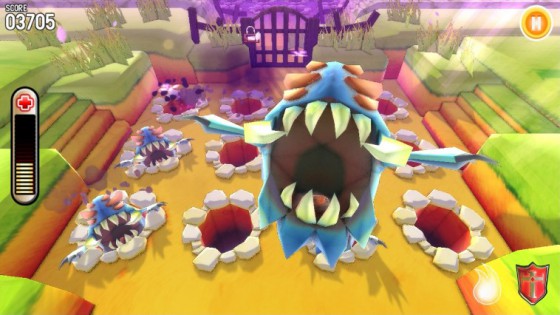 As well as Pic-a-Pix Colour the Wii U also receives Cube Life: Pixel Action Heroes – a rather blatant Minecraft clone turned FPS â€“ and Mutant Alien Moles of the Dead, which appears to be a mere variant on Whack-a-Mole despite the mildly exciting name. At Â£2.58 â€“ with a bonus faux Game & Watch mini-game thrown in – we canâ€™t criticise the developerâ€™s lack of ambition too much.

All eyes forward to next week, where we can expect LEGO City Undercover, Yo-Kai Watch 2: Fleshy Souls/Bony Spirits and Has-Been Heroes.