Despite being around since the days of PlayStation 2, Sumo Digital has always acted as a studio for hire. This has lead them to work on some big-name franchises and sequels, with Forza Motorsport being perhaps the biggest. Snake Pass sees the Sheffield-based studio break tradition to create something a long-time coming â€“ their first IP to call their own.

While its creation does seem to have something to do the fact that Yooka-Layleeâ€™s Kickstarter was a runaway success, weâ€™ll avoid being cynical on the grounds that Snake Pass is far removed from your typical platforming fare. As the name suggests, youâ€™re cast into the role of a slithering snake. The colourful critter slides around the tribal-eque environments in a realistic manner. In other words, itâ€™s a platformer minus the ability to jump. Youâ€™re prompted to think like a snake and use the objects around you to reach higher ground, with a little help from an equally colourful feathered friend. 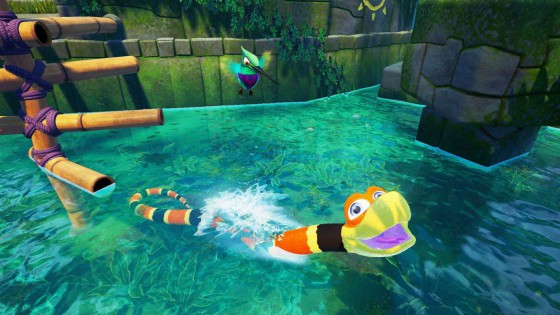 Reviews are full of praise so far, with scores including 8/10s from both Pocket Gamer and Nintendo World Report, and a solid 7/10 from Forbes. Solid Snake, see? Eurogamer meanwhile noted that the Switch version holds up well when compared to the other versions, which bodes well for other Unreal Engine 4 powered releases on the system.

Usually we see a bunch of big name releases hit store shelves at the end of every month, but being as busy as it has been, this month is the exception. Kingdom Hearts HD 1.5 and 2.5 Remix on PS4 â€“ which gained a 3.5/5 from Twinfinite and a lofty 9.0 from PSU â€“ and a retail release of Rogue Stormers on PS4 and Xbox One appear to be the weekâ€™s only retail releases. 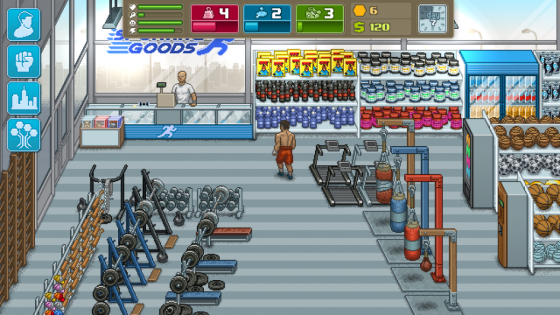 So back to digital downloads we go. R.B.I. Baseball 17, the intriguing story-driven adventure Anoxemia, and 2D point â€˜n clicker The Inner World are now available on both PS4 and Xbox One. We can expect the well-received Punch Club on both formats before the week is out, too. This pixel-art boxing management sim doesnâ€™t take itself seriously at all, rife with pop culture references.

APB Reloaded â€“ which was a complete wreck on Xbox One, prompting Eurogamer to call it the worst game on the system â€“ has finally made the jump to PS4. Weâ€™re unsure if performs any better on PS4, and being a FTP release we doubt reviews will be too forthcoming. 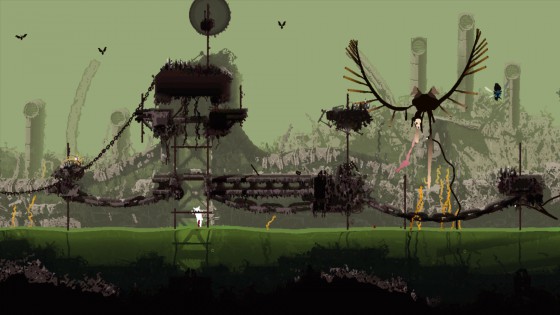 Rain Worldâ€™s pixel art visuals have generated a stir, but the game itself is falling well short of previously high expectations. Both Eurogamer and The Metro were left unimpressed, with the latter stumping up a soggy 4/10. â€œThe game proves to be very aptly named: itâ€™s dull, miserable, and makes you want to stay inside and do something else insteadâ€ said The Metro.

The PS Vita isnâ€™t without a new release either, with retro JRPG Fairune making an appearance. We were expecting Has-Been Heroes to make an arrival on PS4/Xbox One as well, but for whatever reason, it slipped at the last minute. In its absence, this leaves us with Air Guitar Warrior for Kinect. Weâ€™re going to go ahead and assume this one is something of an acquired taste.