Be anything. Pushing the definition of what we call a game. Narration by a dead philosopher. Playing itself if you let it. Everything about Everything is positively ripe for analysis, aching for discussion, gagging for scrutiny. But I don’t want to.

Then I was thinking about how some of the wonky animation reminded me of French animation A Town Called Panic; thinking that the snatches of dialogue things have to share with you at one point started to sound like a particularly bleak edition of Your News on BBC Radio 4’s iPM programme.

Those are, I realise, also the thoughts of an absolute wazzer, but the point is they were much more satisfying and entertaining thoughts. 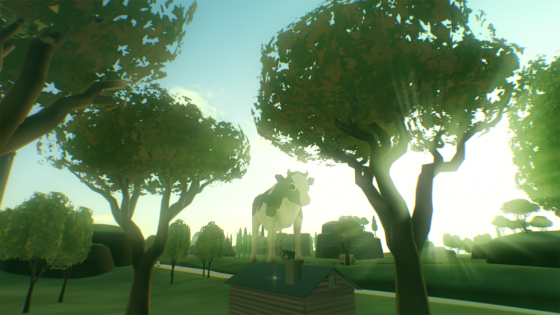 At first you can only be a regular sized, randomly-assigned animal. You can move about and call to other things – which doesn’t get boring thanks to the sketchy animation and odd noises respectively. You can listen to what other things have to say to you. You can gang up with other similar things, and all get about together, even dance – and dancing, as in the real world, leads almost immediately to reproduction.

Before long you can become bigger things, and smaller things, so everything you can see if yours to be – grass, rocks, trees – you know, things. The true scope of the game only becomes clear, however, once you can be the things you can’t see, by ascending or descending in scale.

So from the regular animal-scale world, you can ascend to be the land mass, the planet, the galaxy; and descend right down to individual atoms. Beyond those scales things get abstractly big or abstractly small, indistinct from one another, tying in to the themes of connectedness. Or at least that’s what I took from it. 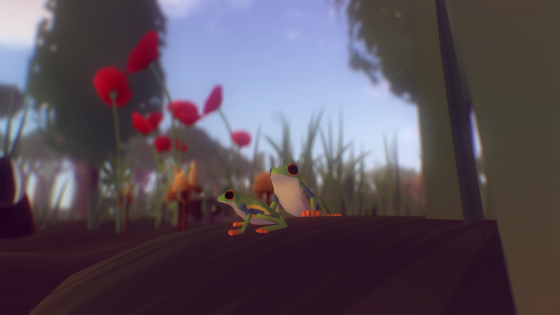 Beyond that, you have the ability to turn anything into anything else that you have been before, opening up another magnitude of possibilities – a desert full of galaxies, or whatever you fancy. Throw in the ability to make things bigger and smaller, and you can do pretty much everything.

There is some guidance to get to this point. A couple of times it felt like I stumbled on what I was looking for though, so either it’s clever, subtle and effective; or there’s a good chance that some players won’t be so lucky. It’s not a huge concern though: there’s plenty to do outside of that very vague path.

Along the way there are audio clips of the late British philosopher Alan Watts, but at least half the time I struggled to pay attention, the game itself engaging me more than a snatch of philosophy. 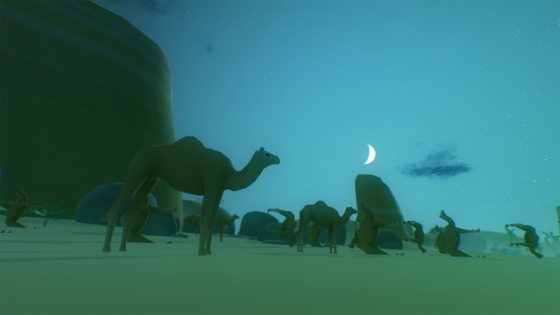 I’m not quite sure how good I think Everything is, but I’ve given up trying to judge it. I like that I can’t quite quantify it. I don’t think it’s as profound as some have found it, but it’s a unique experiment. I’m not sure what it was trying to achieve, but it certainly achieved something.

Score? Everything out of nothing.