When combined with For Honorâ€™s two-week run, Ubisoft is now the publisher with the most weeks at number one in 2017 so far. 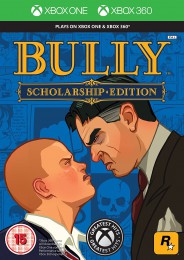 LEGO Worldsâ€™ second-week sales appear to be fuelled by word of mouth â€“ itâ€™s up one position to #2, with launch week sales down only by 37%.

Zelda: Breath of the Wild dropped two places to #6, Rocket League shifted to #7, Infinite Warfare moved to #8 while Minecraft: Xbox Edition and Forza Horizon 3 both re-entered the top ten at #9 and #10 respectively.

It seems retailers are clearing out old Xbox One stock once more, with launch titles Forza Motorsport 5 and Ryse: Son of Rome re-entering at #16 and #31. Rare Replay meanwhile re-appeared at #27.

Stealth adventure Styx: Shards of Darkness was the only new top 40 arrival, making a lowly #37.

The ‘Xbox Greatest Hits’ re-release of Bully: Scholarship Edition did manage to make #7 in the Xbox 360 chart, however.