We can only assume the alcohol flowed freely during the Nintendo Switch launch party â€“ this weekâ€™s eShop schedule was sent out four days later than usual.

Nintendoâ€™s exciting new plaything sees two new releases: Blaster Master Zero (Â£8.99 â€“ also out on 3DS) and ACA NEO GEO NAM-1975 (Â£6.29). The original Blaster Master achieved cult classic status on the NES, mixing 2D side-scrolling and top-down shooting to good effect. Visually it was rather smart too, sporting some chunky, colourful, sprites. This reimaging retains the retro style, along with the pleasingly daft plot â€“ an intergalactic quest to save a pet frog. We hope it doesn’t croak. 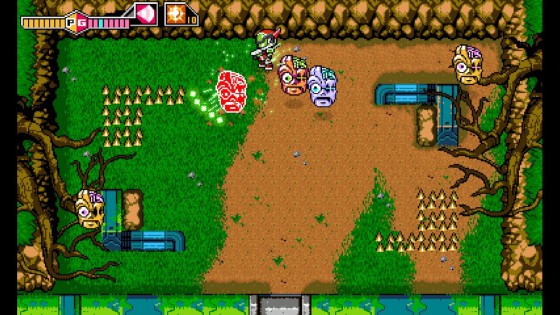 Nintendo Life found the hybrid shooter to suit Nintendoâ€™s hybrid console superbly. â€œBlaster Master Zero is a lovely addition to the Switch’s library. We suspect that it will help to fill the gap between major retail releases for anxious Switch owners looking for a low-impact game to play on the goâ€ they said before handing out an 8/10.

NAM-1975 is another top-down shooter. This NeoGeo classic was one of the early releases for the system, arriving in 1990. While far from original, itâ€™s quite well balanced and provides a decent challenge. Youâ€™d be better off buying last weekâ€™s Metal Slug 3 over this, though, as it offers far more variety.

As mentioned during yesterdayâ€™s new release round-up, the 3DSâ€™ Mario Sports Superstars (Â£34.99) hasnâ€™t exactly wowed the critics, with most review scores clocking in at around 5/10. Some of the sporting events are allegedly okay, but the package as a whole feels rough around the edges. Chalk this one up as one of Nintendoâ€™s rare misfires.

Amazingly, it isnâ€™t the only sporting compendium out this week. Thereâ€™s also Mini Sports Collection (Â£4.49) from Rainy Frog, which packs in 12 sporting events in total. 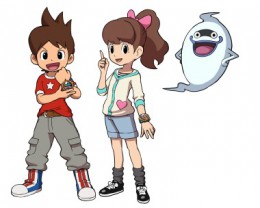 If you arenâ€™t the sporting type, then you may want to dust off your 3DS to download the Yo-Kai Watch 2 Special Demo and BOXBOY! Series Demo Version. The Yo-Kai Watch 2 demo comes with a free theme if youâ€™re wondering whatâ€™s so special about it. The BOXBOY demo meanwhile includes puzzles from all three games including the upcoming Bye-Bye BOXBOY.

Then over on New 3DS thereâ€™s PINK DOT BLUE DOT (Â£1.39), a simple action game that looks set to test your reflexes.

The humble Wii U gets a look-in too, boasting two new releases â€“ Konamiâ€™s Bomberman 64 (Â£8.99) on Virtual Console, and Candy Hoarder (Â£1.39), a colour matching puzzle game designed around the touchscreen. 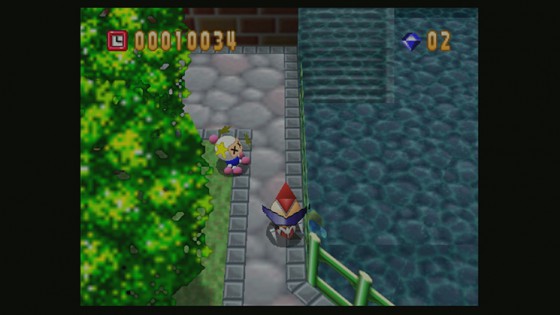 Bomberman 64 was one of the early N64 releases, and while it was a strong seller, reviews were mostly middling. By turning the franchise into a 3D platformer Konami faced unfavourable comparisons with Super Mario 64. The multi-player mode was lacking, too, messing around with the classic formula too heavily.

Right, back to Breath of the Wild we goâ€¦