Coming as a surprise to nobody, Horizon Zero Dawn has topped the UK chart. Zelda: Breath of the Wild didnâ€™t really have much of a chance considering the size of the PS4â€™s userbase. 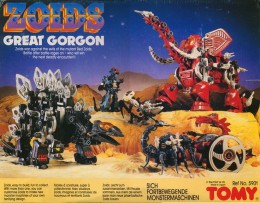 Backed by some impressively high review scores and a huge marketing push, Horizon has become 2017â€™s biggest seller so far and Sonyâ€™s best launch since Uncharted 4. In the process, it also bagged the accolade of Sonyâ€™s biggest new PS4 IP launch. Take that, Knack.

Zelda: Breath of the Wild had to settle for #2, reportedly outsold by Horzion by â€œa comfortable marginâ€. MCV claims Zelda sales were split 78% on Switch and 22% on Wii U, and it also had the 3rd best Zelda launch behind The Wind Waker and Wii launch title Twilight Princess.

On a related note, reports suggest 80k Switch consoles were sold in the UK within its first 48 hours on sale. That figure falls way short of the Wiiâ€™s 105k and the 3DSâ€™s 113k, but is double what the Wii U managed â€“ a mere 40k.

Breath of the Wild accounted for 75% of all Switch software sales last week. 1-2-Switch and Bomberman R did however manage to make the top 10, entering at #4 and #7 respectively.

The multi-format Just Dance 2016 saw a sales boost too, back in at #24, thanks to the new Switch version. Skylanders: Imaginators wasnâ€™t as lucky, failing to re-appear in the top 40.