History has a habit of repeating itself. Halo Wars 2 has entered the UK top 40 at #2, the same position the original arrived at back in 2009. It was Guerrillaâ€™s Killzone 2 that kept it off the top spot; in two daysâ€™ time, Guerrillaâ€™s anticipated Horizon Zero Dawn is released. 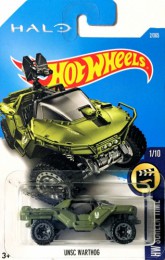 Sales of Halo Wars 2 spread across Xbox One and PC, with THQ Nordic stepping in to publish the physical PC release. It isnâ€™t clear how sales were spilt between formats, but it does appear to have sold reasonably well on PC â€“ itâ€™s also #2 in the PC chart, beating the likes of Overwatch and Farming Simulator 2017.

It was Ubisoftâ€™s For Honor that kept Halo Wars 2 at bay, making it two weeks on top. Sales were down 71% from launch though, Chart-Track informs.

We get the feeling that UK game sales were little sluggish last week, with many saving their pennies for this weekâ€™s triple whammy of Horizon, Zelda: Breath of the Wild and the Nintendo Switch itself.

There were no new entries other than Halo Wars 2 – Berserk and the Band of the Hawk didnâ€™t even manage to break the PS4 top 20, let alone the all-formats top 40.