The Nintendo Switchâ€™s launch line-up has come under scrutiny. Not only does it show a lack of faith from publishers, but itâ€™s also far from ideal for consumers â€“ a tiny assortment of games on store shelves sends out a negative image to those thinking of buying a Switch on a whim.

While the line-up is smaller than what both the Wii and Wii U arrived with, the Switch still has more games available on ‘day one’ than many consoles before it. Today, we’re looking at six consoles from the ’90s that either favoured quality over quantity, or simply arrived with only a couple of games due to rushed launches.

As tempting as it may be, donâ€™t read too heavily into this piece. The world of gaming has grown vastly in the past 20 years or so. Itâ€™s a far bigger industry with multi-million development budgets, a favouritism towards digital distribution and systems that are created with ease of development in mind. A far cry from the days when systems were tricky to develop for thanks to specialist hardware, or when platform holders were so secretive with new hardware that only first-party games were available at launch.

SEGA were arcade giants in the â€˜80s and â€˜90s and as such designed their consoles â€“ from the Mega Drive to the Dreamcast â€“ with ease of converting arcade hits in mind. The SEGA Saturn was the rare exception, falling short of being able to present perfect conversions of even Model 1 arcade games let alone Models 2 and 3. Of course, the system suffered because of this. 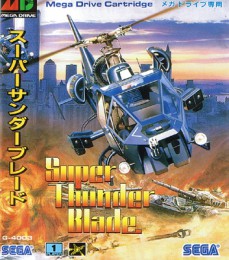 Space Harrier was the better of the two, and by a long shot â€“ reviews of Super Thunder Blade werenâ€™t kind. Some sources say Altered Beast was a Japanese launch game, but theyâ€™re mistaken â€“ it arrived roughly six weeks later.

Eleven months passed between the Japanese and American Mega Drive launches, where it was then rebranded as the Genesis. Youâ€™d think almost a year would lead to a far superior line-up, but thatâ€™s pushing it somewhat. The system made its mark with the two Japanese launch titles, Last Battle, Thunder Force II, Tommy Lasorda Baseball, plus the pack-in Altered Beast.

The European launch in 1990 meanwhile added Alex Kidd in the Enchanted Castle, Columns and Golden Axe into the mix. Sales were sluggish, but a certain hedgehog soon changed that.

Nintendoâ€™s decision to release the Super Famicom (SNES) with two games could be seen as foolhardy. The proof was in the playing, however â€“ both Super Mario World and F-Zero were system-sellers, with the latter showing that the system was a technical marvel when compared to the long outdated Famicom.

Super Mario World was a tad less impressive to look at â€“ we recall gaming magazines claiming it to be only a moderate leap over Super Mario Bros. 3. There is a reason behind this: SMWâ€™s development began with SMB3 being converted to the SNES. This was in order to discover what the console was capable of; a foundation to build upon.

For a short time in development SMW even used some of SMB3â€™s sprites as placeholders, as evident in early screenshots. As the team begin to experiment with Mode 7 sprite scaling and such the game we know and love slowly started to take shape, yet the roots of SMB3 remained under the surface.

By choosing not to start with an entirely blank slate, Nintendo was able to give us a gaming masterpiece â€“ a colossal adventure with secrets galore, a brilliant musical score and memorable boss battles. It has been said that Super Mario World has become even better over time, with the mastery of the level design standing out now more than ever.

F-Zero not only looked incredible but also put the SNES’s sound chip through its paces. The innovative racer was later called upon to become a focal point of the GBAâ€™s launch, showing all and sundry that the handheld was a huge step up from the humble Game Boy Color.

Contrary to popular belief, the SEGA 32X had a successful launch in the US. After months of hype from the gaming press and SEGA themselves, promising that the add-on would turn the outdated Mega Drive into a 3D powerhouse, the system flew off shelves. Stock shortages were even reported in the run-up to Christmas 1994. 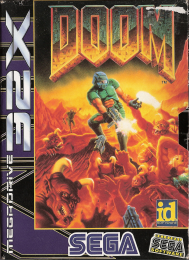 The three launch games â€“ Doom, Star Wars Arcade and Virtua Racing were curiously desirable, showing what the system could do. Sure, Virtua Racing was already on the Mega Drive, but this version was far superior, making it clear that the 32X could throw around polygons without breaking a sweat. Doom was missing the third chapter and had no music, but it still looked better and ran smoother than the SNES version.

As for Star Wars Arcade, who could turn down the chance to take down Tie Fighters and blow up the Death Star? The Mega Drive finally had its answer to Star Fox.

The wheels fell off the 32X waggon not long after launch. As soon as early ’95 SEGA started heavily promoting the Saturn, which was only six months away. The 32X was already looking outdated. It didnâ€™t help that the second wave of 32X games were nothing short of terrible.

There was no definable third wave: software support was reduced to a mere trickle, with just Virtua Fighter and Knucklesâ€™ Chaotix gaining any significant attention from the press. Spider-Man: Web of Fire marked the add-onâ€™s death in ’96.

When the N64 arrived in the US during September 1996, it launched with just two games like the SNES before it. That may seem a pitiful amount but Nintendo another gets a free pass here â€“ one of those was the legendary Super Mario 64. Pilotwings 64 â€“ from the Texas-based Paradigm – was no slouch either, with the press describing the visuals as â€˜photorealisticâ€™ and other such hyperbolic terms.

Super Mario 64 was a system seller, gaining perfect 10/10s across the board. It looked incredible and controlled like a dream, demonstrating the N64â€™s new-fangled analogue stick perfectly. Mario took us into ground-breaking territory; a game so playfully designed that it wasnâ€™t uncommon to spend ages running and jumping in the grounds of Princess Peachâ€™s castle before even setting foot inside. It also helped to justify Nintendoâ€™s decision to stick with cartridges – loading screens would have dampened the experience, ruining its seamless nature. 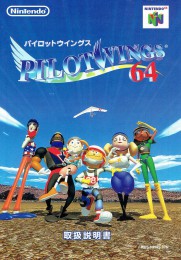 Review scores for Pilotwings mostly clocked in around the 9/10 mark. It was another that looked fantastic in screenshots and controlled superbly thanks to the analogue stickâ€™s preciseness. The presence of different characters, including Lark who was seemingly based on Nintendo Powerâ€™s mascot Nester, helped give the game the spark of personality the SNES original lacked.

One early first-party release managed to elude European shores, however â€“ arcade racer Crusinâ€™ USA. It was a ‘launch period’ game in the US, allegedly selling over 1m copies, but it didnâ€™t make it to the UK until 1998 – two years later – when it was called upon to fill a gap in the release roster. Why the delay? Reviews were mediocre at best, so all signs point to Nintendo exercising quality control. Or at least, temporary quality control. The Crusinâ€™ series went on to spawn two sequels on N64 so we guess it also made sense to shove it out the door for sake of brand recognition.

Dethroned console kings Atari made a wealth of questionable decisions in the â€˜90s. Launching the 64-bit Atari Jaguar with just two games â€“ one of which was a pack-in, leaving only Trevor McFur in the Crescent Galaxy to sit alongside the console on store shelves â€“ was just the tip of the iceberg. 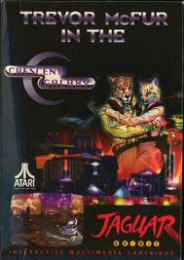 That pack-in was, of course, the infamous Cybermorph. A 3D open-world space shooter with iffy collision detection and an irritating co-pilot. The SNESâ€™ Star Fox â€“ which also arrived during 1993 – remained the superior game, despite being far more linear.

Speaking of Star Fox, Trevor McFur in the Crescent Galaxy starred a third-rate Fox McCloud. This side-scrolling shooter had fancy visuals but little else, upstaged by the likes of Gradius III and Thunder Force IV.

The Jaguarâ€™s European launch saw Evolution: Dino Dudes (aka The Humans) and Raiden arrive as ‘day one’ titles. Both failed to show off what the system was capable of. In fact, most Jaguar games looked no better than your typical SNES or Mega Drive release.

Fellow â€˜launch periodâ€™ titles such as Doom, Wolfenstein 3D, Theme Park and Cannon Fodder were decent but being mere conversions they failed to generate a buzz. The console finally caught a break with a double whammy of Tempest 2000 and Alien vs. Predator, propelling the Jag back into the limelight. But not for long – this momentum was quickly lost. By the time the much-touted Jaguar CD add-on arrived, the industry had already considered the console a flop.

The Atari Jaguar may have only arrived with two games, but that was one more than the 3DO had to offer early adopters. Trip Hawkingâ€™s dream machine, which was manufactured under license by such companies as Panasonic and Goldstar, made its debut during October 1993 with just a pack-in game â€“ Crystal Dynamicâ€™s colourful futuristic racer Crash â€˜N Burn. Thatâ€™s to say, there was nothing available to purchase alongside it, except maybe for an extra controller.

In the run-up to Christmas ’93 the 3DO gained conversions of Lemmings, Battle Chess and Alone in the Dark. Such fabled system sellers as Road Rash, FIFA International Soccer, Jurassic Park and Return Fire were a long way off.

Interestingly, after Eidos acquired Crystal Dynamics in 1998 they recycled the Crash â€˜N Burn trademark for a generic PS2/Xbox racer. It had no connections to the 3DO original, other than name.

It was Crystal Dynamicâ€™s own Gex that ended up being the systemâ€™s best-selling title, becoming the only 3DO game to sell over a million copies. Yes, thatâ€™s the same Gex thatâ€™s held in similar regard to Bubsy the Bobcat, another incredibly irritating â€˜90s mascot. The 3DO was sold as a machine capable of 3D, yet in the end it was a simple 2D platformer that appealed to the masses.