Three new eShop releases are due this week â€“ one minor release for Wii U and two noteworthy ones for 3DS. New Zelda: Breath of the Wild 3DS themes may be of interest, too – The Open World and A New Adventure, as theyâ€™re known, hit the eShop on Thursday for Â£1.79 each. 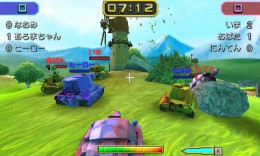 Dragon Ball Fusions (Â£34.99) meanwhile is due at both retail and on the eShop. This role-player allows fans to merge DBZ characters to create new fighting styles. Nintendo Life thought it was well put together, giving it 8/10. â€œDragon Ball Fusions fuses fan service with an enjoyable story and battle system to create a fresh Dragon Ball video game experience, with the only blot being the sometimes tedious energy aquisition process,â€ they said.

Then on Wii U thereâ€™s I C REDD (Â£1.39), a tunnel based score-chaser from RCMADIAX. The low price and â€˜all capsâ€™ title probably gave that away. 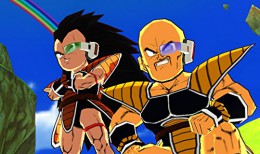 As for discounts, Capcom has taken to social media to announce that Monster Hunter Generations is dropping to Â£26.76 until 2nd March. The rest of the 3DSâ€™s discounts are comprised of the usual faces: Aqua Moto Racing 3D, Undead Bowling, Swords & Soldiers 3D, Football Up 3D, etc.