Capcomâ€™s Resident Evil 7: Biohazard is the UK’s first new number one of 2017. It wasnâ€™t able to outperform RE5 though, which still holds the accolade of the fast-selling in the series.

Sales of RE7 lagged behind, leading it to become the 3rd fastest-selling. Chart-Track didnâ€™t reveal what the 2nd fastest-selling in the series is, but weâ€™d wager itâ€™s either RE6 or RE2. Or the maybe original. 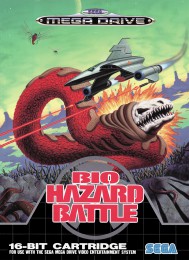 Chart-Track did however report that Resident Evil is Capcomâ€™s most successful brand in the UK, generating a similar amount of lifetime revenue as Crash Bandicoot and Just Dance.

MCV meanwhile claimed that RE7 had a stronger launch than both The Evil Within and Alien Isolation.

We arenâ€™t done with new releases yet. Bandai Namcoâ€™s JRPG double whammy â€“ Tales of Berseria and Digimon World: Next Order â€“ entered at #14 and #24 respectively.

It should be noted that RE7, Kingdom Hearts HD and Yakuza 0 launched last Tuesday, whereas the JRPG duo launched Friday. This may explain why they didnâ€™t chart higher.

Chart-Track provides one other interesting tidbit to see us out â€“ sales of the new Glacier White PS4 accounted for a quarter of all last weekâ€™s PS4 sales. Cool.