After rattling the cages of retro fans with such inept endeavours as Asteroids: Outpost, Haunted House: Cryptic Graves and Alone in the Dark: Illumination, Atari has finally put their back catalogue to a more sensible use by bundling a bunch of classics together for these two budget ($19.99) complications. Letâ€™s just ignore the fact that all 100 games present could easily fit on a single disc.

We did consider giving each volume its own review, but after spending time with both it emerged that theyâ€™re very similar in terms of quality and content, which would have ultimately resulted in identical review scores. Thatâ€™s to say, each has its fair share of undisputable classics, a handful of curios and oddities and an awful lot of filler. Itâ€™s no mystery why both volumes are without a game list on the reverse of the case â€“ each has a questionable amount of sports titles, with Vol 1 featuring no less than three American football sims.

Each volume is presented in the same way, right down to identical music on the main menu. Each arcade game has an online leaderboards and some feature online play â€“ something we didnâ€™t expect â€“ plus screen display options and colour scans of box art and manuals. Itâ€™s telling that theyâ€™re scans â€“ and not mock-ups – as if you look closely some boxes have visible marks where price stickers once were. We found this curiously pleasing, as it proves that developer Code Mystics (plug and play manufacture AT Games are also attributed, oddly) gained their sources from actual products. 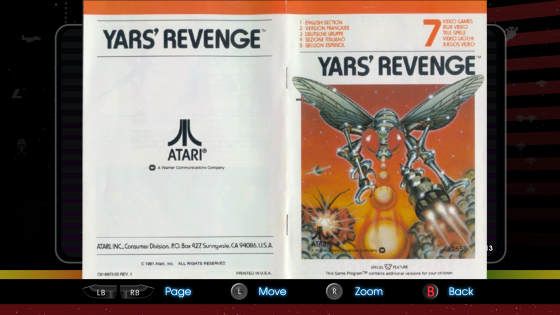 Both volumes feature 50 games – 9 arcade conversions, with the remaining 41 comprising of Atari 2600 titles. Tempest, Warlords, Centipede, Millipede, Asteroids, Missile Command, Gravitar, Super Breakout and Crystal Castles feature twice over as both their arcade and 2600 counterparts are present. While fine for sake of comprehensiveness, almost every single 2600 conversion was inferior to the real deal. The 2600â€™s rendition of Tempest was notoriously bad as the system was unable to recreate vector graphics.

If you remove the conversions from each volumeâ€™s 50 game assortment, plus the sports sims of negotiable worth, it soon transpires that each volume only has somewhere between 10-15 bonafide classics. That number is open to dispute, we should note, as some may have personal attachment to the games present – Centipede on Atari 2600 was one of the first games I ever played, and so I did find the sights and sounds nostalgic upon playing it for the first time in years, even if the arcade version is superior. 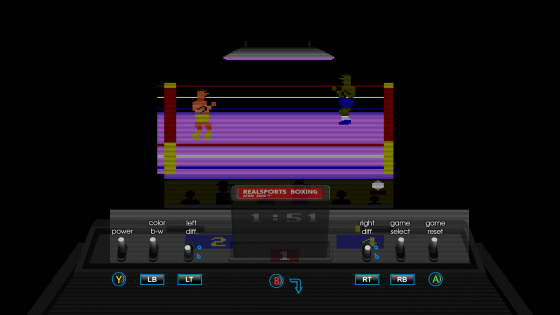 Nevertheless, the few classics included hold up well and chances are that you may find a hidden gem or two. Vector shooters Red Baron, Black Widow, Space Duel and Major Havoc held interest for far longer than expected, with Major Havoc proving to be surprisingly great. And thanks to their clean-cut nature, the vector games all look remarkably swish in HD.

Centipede and Millipede are as demanding as ever, Warlords is still a hoot in multiplayer and thereâ€™s no debating the impact that Asteroids, Pong and Missile Command had on the gaming landscape. Gravitar and Lunar Lander donâ€™t fare too well nowadays, though. Gravitarâ€™s spacecraft is hard to keep track of due to its minuscule size while Lunar Lander requires the patience of a saint.

For us, Vol 2â€™s Tempest is the star of the show â€“ a tough but fair shooter thatâ€™s completely ageless. The achievement for finishing level 81 or above without losing a life will test the mettle of even the most seasoned gamers. Incidentally, most achievements are linked to the arcade games and mostly entail topping the high score tables. 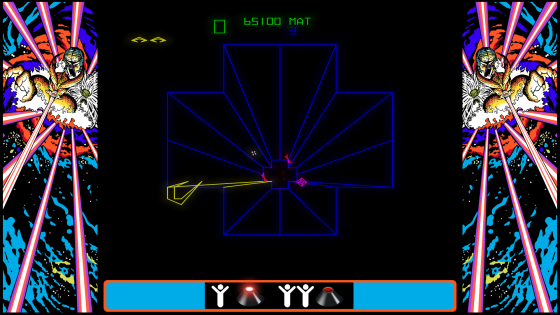 As for the Atari 2600 games, only a handful have stood the test of time. These include Yarsâ€™ Revenge, Star Raiders, Off the Wall, Haunted House, Radar Lock, Adventure and Video Cube. All three Sword Quest games are present on Vol 1, and while they were revolutionary at the time, they’re something of an acquired taste now. Some of the later games â€“ such as 1989â€™s Fatal Run â€“ do a good job of showing what the system was capable of, but arenâ€™t much fun to play. The same goes for the few prototypes present, such as Save Mary and Combat Two.

Then thereâ€™s the filler. Oh boy. Thereâ€™s a lot of stuff here that while functional is basic to the extreme. Checkers, Chess, Hangman, Blackjack, Bowling, 3D Tic Tac Toe, Backgammon, Brain Games and Slot Machine all come under this category, along with Basic Maths. Itâ€™s a maths game, for pityâ€™s sake. These arenâ€™t the only games that are barely worth a minute of your time â€“ the sports sims are exceedingly primitive. Minigolf features a large square hitting a smaller square around a green screen. Itâ€™s hard to even imagine a simpler recreation of the sport. 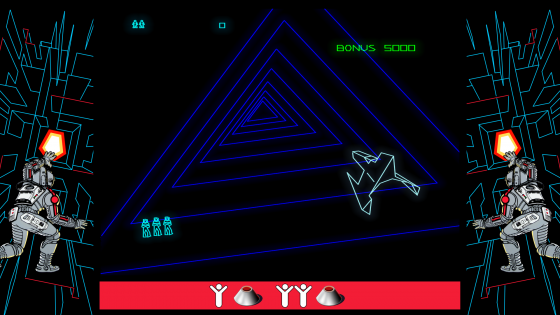 Considering this filler takes up around half of each collection, thatâ€™s something of a problem. In an ideal world, Atari Flashback would exist as a single entity. All the timeless classics â€“ Tempest, Asteroids, Super Breakout, Centipede et al â€“ in one collection without the stuff that was never any good to begin with. We pity the child that received Basic Maths for Christmas one year.

Currently, Atari Flashback Classics Vol 1 and 2 are available only in the US. Xbox One version reviewed.