This new ‘un supports it, sure, but with those futuristic wireless controllers we have these days. It wasn’t like that back in the ’90s. Back in the ’90s they had to be clever, and they could be, because cartridges. So here are six terrifically clever Mega Drive cartridges that you probably remember. 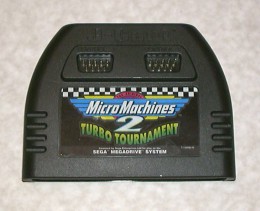 This is how Codemasters were clever for Micro Machines 2: Turbo Tournament. The Mega Drive only had two joypad ports, so Codemasters built another two into the cartridge.

That got you to four players, but that wasn’t sufficiently clever. So by shoving one player onto the d-pad, and another onto the buttons on the same pad, you got up eight players. Not impressive compared to online multiplayer these days, but in 1994 we didn’t even have Channel 5 or a carrier bag charge, so expectations were different.

As well as a couple more Micro Machines games, the J-Cart was rolled out for Pete Sampras Tennis and its sequel. It wasn’t the greatest innovation in Pete Sampras Tennis though: that was the opportunity to smash Dizzy into tiny pieces by knocking him off while he walked along the net. I never liked Dizzy.

It was also apparently used for a game called Super Skidmarks. Don’t. 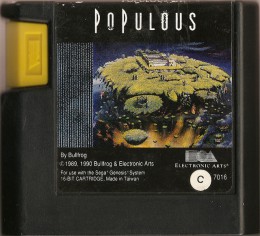 Hard to believe, but EA weren’t always the publishing behemoth they are today.

Sega didn’t have enough development kits to go around, so EA borrowed one from persons unknown, reverse engineered the heck out of it, built their own, and brilliantly called it the Sprobe.

So having built up the capability to manufacture their own cartridges, they negotiated a lower license fee, and the strangely yellow-tabbed cartridges we know so well were born. A man on YouTube opened one up, if that’s your sort of thing. 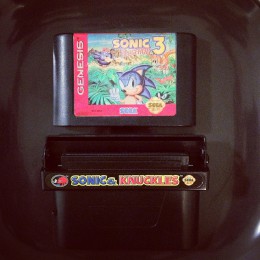 Sonic & Knuckles should never have existed – it should have been part of Sonic The Hedgehog 3.

Time was one factor in it being split out as a separate release, but so was the cost of a sufficiently high capacity cartridge. And of course, this way Sega got to charge for two games, which can’t have hurt.

It could still be one game though, if you bought both and utilised the futuristic lock-on technology. Lift a flap on Sonic & Knuckles, insert Sonic 3, and lo: Sonic 3 & Knuckles, a thorough inelegant solution to the title problem.

It was quite clever though, because if you inserted Sonic 2 instead, you could play that game with Knuckles. Apparently you should have been able to do the same with the original Sonic, but that didn’t make it in to the final version. Instead any other game gave access to a variant of the main game’s special stage.

That wasn’t the only shove-a-cartridge-into-the-cartridge cartridge. The Game Genie – and indeed Action Replay – had rather different intentions though: good old fashioned cheating. 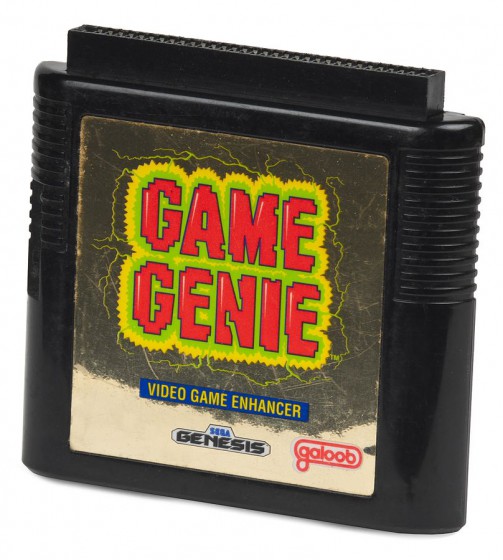 Game Genie was the work of Codemasters, and originated on the NES, where they were already working on circumventing Nintendo’s licensing system by manufacturing their own cartridges. They’d had the idea to add switches to the cartridges to enable extra lives and similar, but instead generalised it to produce a standalone cartridge that would do that for any game. It did well, Nintendo hated them, but failed to sue Codemasters, so they got on with developing other versions.

By contrast, Sega were well on board and approved the product for the Mega Drive.

Keith Stuart wrote a fascinating piece for Eurogamer about a summer he spent testing the Game Boy version of the Game Genie. The process of developing codes – “like groping for a light switch in a dark room” – is as endearingly ramshackle as you’d hope from the British games industry of the early ’90s.

The Game Genie died out after the 16-bit generation, but Datel are still flogging Action Replay devices. The process is probably a little more straightforward these days. 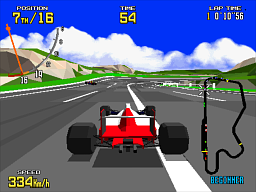 Like Nintendo with the Super FX chip, Sega had to build a Sega Virtua Processor chip into the cartridge to get Virtua Racing to run on the Mega Drive.

Virtua Racing was expensive, but it was also 3D, at home, on your telly, in 1994. Which meant it was exciting. The solution was simple: rent it from the shop up the road which at that time was probably the VG. Ah, 1994, how quaint you were with your video rentals and shops that weren’t all Tesco. 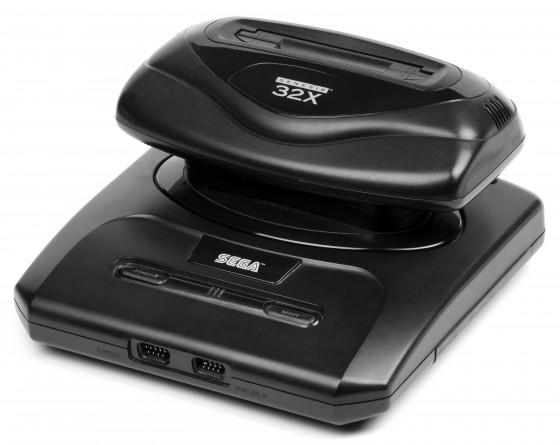 Console expansion, hardware upgrade – call it what you want, but unlike the Mega-CD which affixed to the Mega Drive’s underbelly, the 32X went into the top slot, so it was effectively an expensive, mushroom-shaped waste of a cartridge.

There’s nothing to be gained by raking over the ashes again, but a bit of context is always nice. Final sales figures aren’t freely available, but it was in the same ballpark as the Virtual Boy. It sold more than the Atari Jaguar though, obviously – as we wrote many years ago, it wasn’t that bad.