Itâ€™s nice to know Konami hasnâ€™t entirely forgotten about the Castlevania franchise â€“ theyâ€™re about to dust off another older instalment for New 3DSâ€™s Virtual Console. 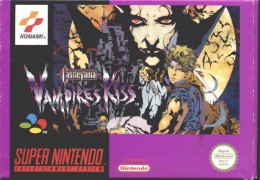 Castlevania Dracula X â€“ due out Thursday, priced Â£7.19 â€“ is something of an oddity, being the SNES iteration of the PC Engineâ€™s Castlevania: Rondo of Blood. Itâ€™s far from a franchise high note, feeling distinctly 8-bit even though running on 16-bit hardware.

Itâ€™s also lacking the fancy Mode 7 effects that made Castlevania IV such a sight to behold. Still, chances are most gamers havenâ€™t played through this adventure before, and that alone makes its arrival noteworthy.

Despite only being released back in December, Circle Entâ€™s Kutar mini-game series is going down in price to 69p a piece until 9th February. VAN HELSING SNIPER ZX100 (Â£1.99) and RV-7 My Drone (89p) also fall in price on 3DS this week, while Island Flight Simulator (Â£4.79) and Dragon Skills (Â£5.43) are due a drop on Wii U.

[Update] A surprise Zelda sale is due to commence tomorrow (26th January) until 9th February. ‘My Nintendo’ members can get 30% off a whole host of 3DS and Wii U Zelda adventures, including last yearâ€™s Zelda: Twilight Princess HD.