Although a fan of anime, I have never watched either Fate Stay: Night or Fate Stay: Zero. Personally, I prefer shows like Hunter X Hunter and Full Metal Alchemist, but in preparation of this review I researched the anime series on which this game is based, and also consulted my wife who has watched the whole thing. How she found the time to do so Iâ€™ll never know.

Turns out the anime has earned itself a cult following and is an enjoyable series with the prequel, Fate Stay: Zero, appearing to be the fan favourite. Sadly, and as we all know, a good show doesnâ€™t guarantee a good game. You only have to look at last yearâ€™s TMNT tie-in to see that. 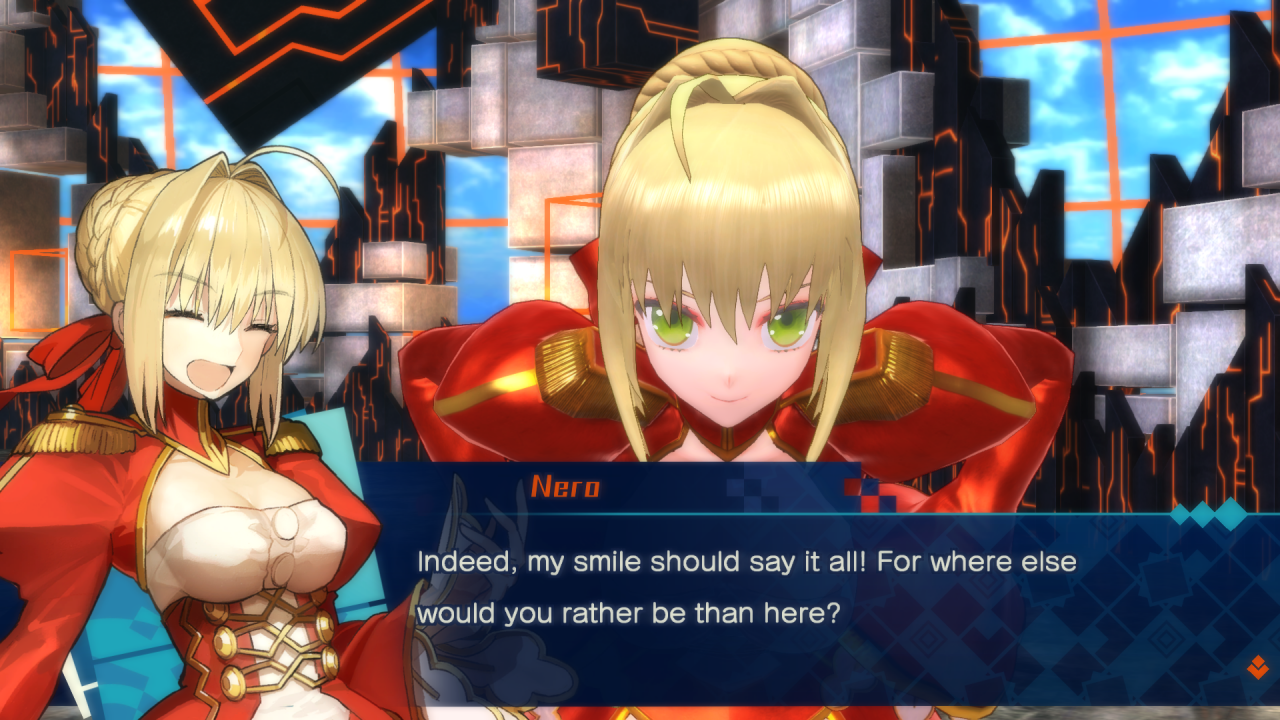 Explaining what Fate/Extella is about is tricky due to the insane complexities of the gradually unfolding story. Iâ€™ll give a shot, though. After picking either a male or female lead, youâ€™re greeted by a generously proportioned female (if you know what I mean) known as Nero. It turns out that Nero is your servant, which came about after the Holy Grail war was won by yourself after obtaining a ring called the Regalia. The ring has been duplicated and fallen into wrong hands, and so you need to travel to different areas clearing out baddies and â€œsuperâ€ bosses. Even with my wifeâ€™s expert knowledge, itâ€™s hard to untangle the storyline any further.

From the off, this single player hack and slasher fails to make a favourable impression. The graphics remind me of Skies of Arcadia on Dreamcast, if only a tad better. The character models are appealingly sharp and full of colour, but theyâ€™re teamed with mundane backgrounds and uninspiring battle arenas. Rumour has it a 4k patch is on its way, but itâ€™s hard to see how this could fix the dullness of the environments.

At least there is plenty of action elsewhere. Five minutes in and I had racked up a 2156 hit combo, unlocking a trophy in the process. One hour later, four-digit combos had become the normâ€¦and the norm was starting to get a little tedious. Itâ€™s often said that Japanese games are all about gameplay rather than the graphics, and thatâ€™s something proven here â€“ Fate/Extella is visually crude but can be both frantic and fun at times. Unfortunately, it isnâ€™t varied enough to entirely grip.

Two main attacks are at your disposal â€“ strong and weak, both looking the same. Alternatively, thereâ€™s a super-powered attack which is pulled off by tapping circle. This will increase your combinations tenfold but due to lack of skill required it doesnâ€™t really provide much satisfaction. It may be an easy game to master, but because of this I never really enjoyed what I was doing nor did I feel that my gaming skills were tested.

I did find enjoyment in another department though â€“ the puzzling dialogue is littered with sexual innuendo. Cut-scenes appear after every 20-30 min battle, and usually drag on for just as long. However, every now and then Nero â€“ our sultry servant – comes out with lines that are so cringe-worthy you canâ€™t help to smile. As soon as the humour dries up though weâ€™re back to boredom.

Those able to find solace within the repetition will find that this is a lengthy game – 4 different arcs, lasting 25-30 hours in total. Thereâ€™s a whole host of pointless side quest modes to work through too if you want the platinum trophy. However, there was no chance I was going to continue playing for any longer than needed. 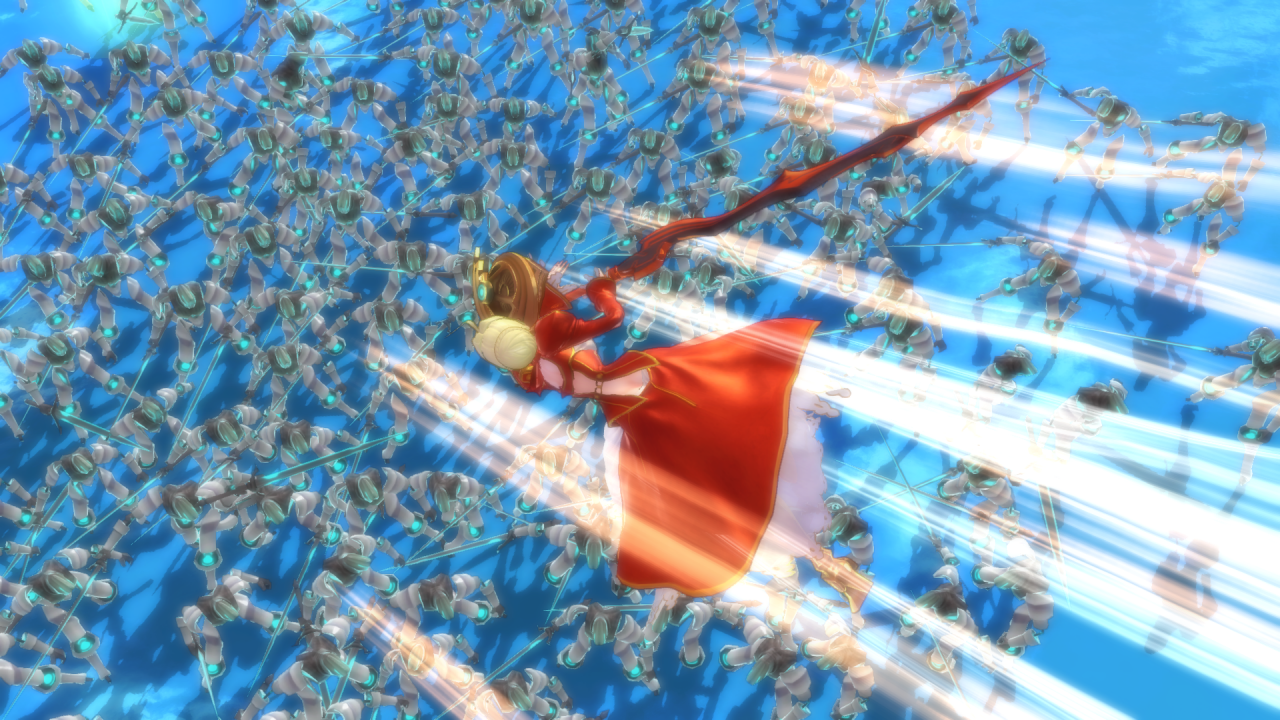 Another frustrating element is how it is subtitled. Sometimes Nero, amongst other characters, talk and there arenâ€™t any subtitles. I know most of the NPCâ€™s conversations probably arenâ€™t all that important, but it still would have helped in solving the main riddle of this game – the story.

A lack of coherency ultimately left me wondering just who would enjoy this. Parts of this journey are fun, but mostly itâ€™s monotonous. Attack on Titan offers a far more pleasurable experience for anime fans. Even fans of the Fate series are going to be disappointed. After talking to fans on a forum they made me aware that the confusing story bears no real resemblance to any of the storyline â€“ it just contains a few of the known characters. It isnâ€™t approaching a TMNT: Mutants in Manhattan level of awfulness, but even so, thatâ€™s no grounds for a recommendation.