What’s VR for? It’s still early days for this latest generation of screen-strapped-to-your-head technology, and it’s yet to find a completely convincing purpose. Virtual reality could yet go the way of 3D TV, but for Â£69, Daydream isn’t an unreasonable punt to take.

Now to be clear, the Daydream is Google’s VR platform. Daydream View is their first headset, but there are others coming onto the market. And of course Â£69 doesn’t include the phone you need to strap into the headset. There are a tiny – but growing – handful of options, and I’ve been using the Google Pixel, which is the worst option – it has a full HD rather than quad HD screen, which means when it’s an inch from your face it’s more, well, pixely. Good name, in that respect. But the phone actually just about fits in my pocket, so sod the lot of you.

And actually the Pixel with Daydream View is fine. Fortunately I’ve not spent any time with Oculus Rift, Vive or PlayStation VR – and in this case, I think ignorance probably is bliss. But with no expectations, this is a pretty good VR experience. 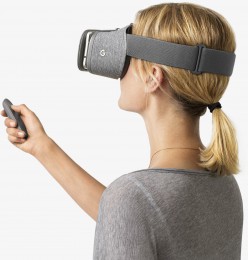 It’s light, as comfortable to wear as you could expect, and after figuring it out for the first time, easy to adjust on your head. It’s smooth, I’ve had no hint of motion sickness, and the low resolution doesn’t have to be an issue. The controller is well thought out, and will be instantly familiar to anyone who’s played on a Wii – which is everyone.

Better than that though, it looks and feels nice, covered in a sort of t-shirty material. Unlike other VR headsets, it’s not futuristic, it looks normal – which was no doubt entirely intentional. Though rest assured, it still looks entirely absurd strapped to your face. But best of all, it’s tidy – the little wand-like controller tucks away behind the flap, and if the strap would only stay folded up nicely it would be a completely satisfying object.

Admittedly content is possibly more important though, and there’s a really respectable range on the Google Play store, from purely passive videos, through vaguely interactive ‘experiences’, to full games – though at that end of the spectrum things start to get pricey. Think Super Mario Run is expensive? Try over ten quid for Need for Speed.

There’s a slightly baffling range of VR video apps, many curating content from various sources. Most of it is a bit pointless, for two reasons. One, which technology will resolve, is resolution, particularly a problem in videos of the real world when it’s often grainy to the point of distraction. The second, which is down to the content creators, is that in most cases passively watching a video where you have to keep moving your head from side to side – and often right around – is just annoying. Do you want to sit in the front row at the cinema? Exactly.

There are exceptions though: bold animation works better than live action, because there’s less detail to be lost; and in terms of immersion, you can’t beat something big and close. For example the Rhomaleosaurus video on Youtube VR, a collaboration between Google and the Natural History Museum, is pretty effective. 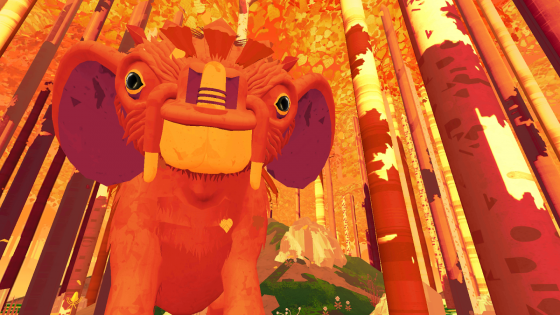 The BBC’s “interactive virtual reality fairytale for all ages” The Turning Forest is an example of both animation and big-and-close, with a bit of interactivity thrown in for good measure. It’s fairly inconsequential, but nicely done.

Journalism is an area I think is worth watching. A fair amount of what’s available now falls into the ‘video that doesn’t need to be in VR’ category, but there’s some more interesting stuff. The Guardian has a couple of interactive pieces, and although a little clunky, the solitary confinement experience in particular shows the direction this could go in.

My favourite bit of content, though, is a stock market visualisation in the Wall Street Journal VR App. Don’t judge me. It would probably work reasonably well on a normal screen, but combined with the Daydream controller it’s a really intuitive way to delve into the data and very simply view it in a variety of ways. Again, it shows the very broad potential applications for this technology.

Right, games. Most importantly, the combination of Pixel and Daydream View is totally capable. So it comes down to the games themselves. There’s a good variety – franchises and new IP, big publishers and independent projects, more and less likely to induce motion sickness – which is helpfully flagged on the store listing. Much of it is at the costlier end of the app store price range – five or ten pounds is not uncommon. We’ll give separate attention to a couple of the more interesting exclusives – EarthShape and Untethered – in the near future.

There are free titles though, like the heavily promoted Wonderglade, a compilation of mini games – which, since Wii Sports, has been a prerequisite of launching a new platform – hosted by a hateful floating child thing. It’s not exciting stuff – mini golf, putting out fires with a hose, tilt-based racing, that sort of thing – but it’s nicely done, and it’s quite generous for an IAP-supported game.

DRIFT is at the other end of the cost spectrum, and is certainly more impressive. It’s a great idea: you control a bullet, view the level from its perspective, and move your head to control the direction you travel in, searching for your target – which is a blue thing, hidden somewhere. It’s a really interesting mechanic, and great as a demonstration of the technology. 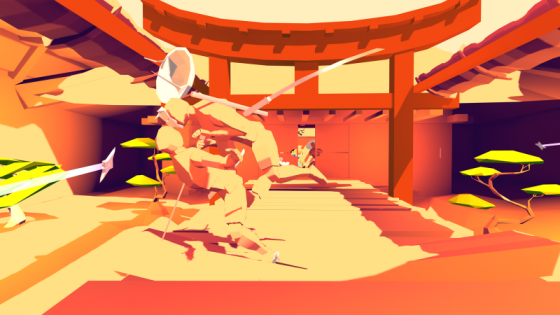 But a warning: to my taste, the execution is just off. Part of that is the practicality of swinging your head around in all directions; more than once I ended up horribly contorted on the sofa. The other is that it’s hard. You don’t know where your target is, so you have to explore. But moving and avoiding everything in your path isn’t easy, and the only help you have is a quite heavily rationed slow motion ability.

But I still think it’s worth a tenner – it’s not perfect, but it’s too good a use of VR to ignore.

It’s early days for VR. It might go somewhere, it might not. And other systems are already developed well beyond Daydream. But as a bit of a frivolous toy, if you’ve got a compatible phone, it’s hard to argue against.