This tower-defense role-playing hybrid may find an unexpected fan base â€“ â€˜80s toy enthusiasts. Like classic action figure playsets of yore, hidden traps are the focal point here, varying from monster filled cages to spring-loaded platforms. These slyly hidden booby traps were the highlight of any playset, be it He-Manâ€™s medieval Castle Greyskull or MASKâ€™s far more technologically advanced Boulder Hill. Heck, even The Get Along Gangâ€™s Haunted Badger Mansion had a trapdoor that lead to a dungeon; a toy line based on cutesy greeting card characters, of all things.

World of Van Helsing: Deathtrap is far removed from The Get Along Gang, rest assured. Developer NeoCore is quite proud of how grizzly this series spin-off is, in fact, boasting of its ultra-violence in both the press release and product description. It certainly doesnâ€™t disappoint here, with such traps as whirling blade saws grinding enemies into a crimson-hued pulp. Zoom the camera in close and often the screen is transformed into a sea of red, with various mythical creatures sliced, diced, frozen and shattered or burnt to a crisp by the traps youâ€™ve precariously placed. 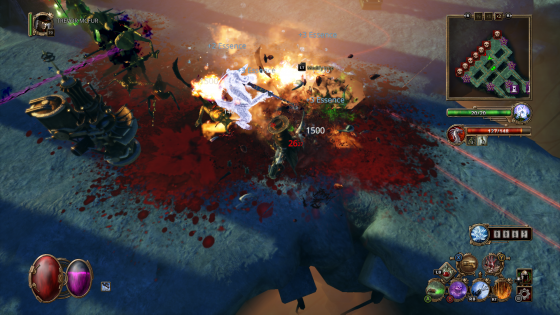 The idea is to place traps strategically so they cause as much damage as possible to the constant onslaught of enemies. The ungodly beings march along a glowing red path to a precious underworld portal, only deviating if you engage directly. If too many creatures make it through to the other side, then the mission is failed. After each wave new routes and enemy spawn points open. Between waves all the time in the world is at your disposal to plan for the next assault – there’s no nagging time limit whatsoever.

Each trap requires Essence to build, gained from killing enemies, and at the end of each mission your entire arsenal can be upgraded to provide wider range and deal more damage.

The overhead map screen soon proves invaluable as during later waves some enemies will take a short route and breach the portal from behind, where it may be unguarded. Fortunately, itâ€™s possible to warp around the battlefield via magical portals, so you can get to where youâ€™re needed in a matter of mere seconds. Itâ€™s also possible to change the game speed to 2x â€“ itâ€™s very easy to become accustomed to running around with haste, making it hard to go back to default. Alas, when playing co-op youâ€™re forced to play on regular speed. This can make online play feel a little slow paced. At least the frame rate never falters, even when things get extremely hectic. 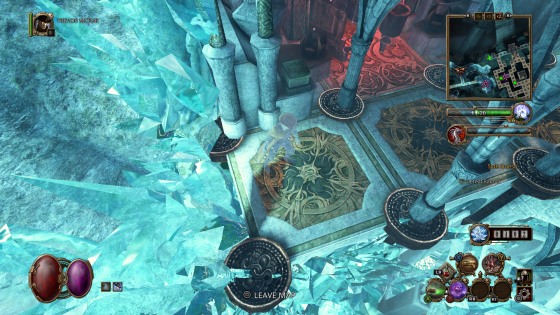 The major difference to Defense Grid and other renown console tower-defense games is that youâ€™re placed in the boots of one of three central characters â€“ a Sorceress, Mercenary or Marksman (Van Helsing himself), each of which has upgradable skills and unique abilities. At the end of each mission a few loot chests appear, usually containing a new weapon or two and a piece of armour, plus enough gold to make a purchase from the store.

Duplicate items can be salvaged into crafting materials when back at the world map screen, and itâ€™s also here that the inventory can be managed. Those who have played NeoCoreâ€™s previous Van Helsing games will instantly recognise the UI layout, due to this spin-off clearly recycling assets. 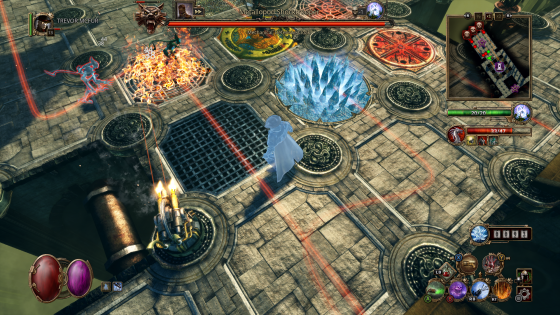 Some elements do however feel as if theyâ€™re leftovers from past games in the series, such as the loot drop and crafting systems. Items found in loot drops are soon repeated due to being few in number, while items that can be crafted are rarely as powerful as those that can be purchased from the store. From start to finish, we only crafted around three items due to their potential stats being poorer than those for equipment already acquired.

The menus are also a tad tricky to navigate initially, obviously intended to be navigated with a mouse rather than a joypad. Weâ€™d even go as far as saying that the complexity of the UI is rather off-putting at first, with the tutorial consisting of text-heavy prompts and lengthy videos.

Few were needed, as the core experience is pretty simplistic. Traps and towers can only be built in certain positions, and most enemies are susceptible to all damage types (fire, ice, poison, etc). You may have to step in to help take a boss down, and also make sure there are enough turrets to take down flying enemies, but generally you can sit back and let the traps do their work without worrying about placement or building the wrong type. Itâ€™s a far cry from Defense Grid, where constructing the wrong kind of turret would strongly affect chances of survival. 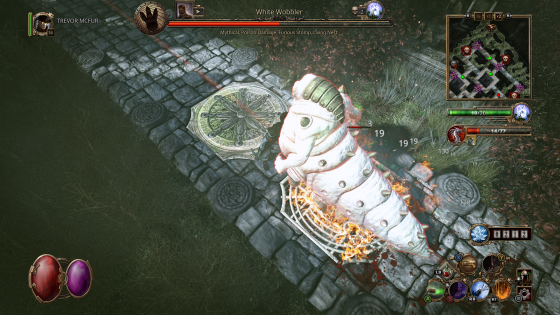 The difficulty doesnâ€™t rise to a challenging level until the 6-7 hour campaign is done and dusted and the scenario mode unlocks. Here, you can tinker with skill tiers so that loot drops are more common or gold is more forthcoming, but at a cost of stronger enemies or less Essence. By this point most of the traps in your arsenal â€“ which unlock at a steady rate, we should note â€“ will have been upgraded several times. But even so, you may have to grind for more upgrade tokens or team up with a co-op buddy (or three) to beat some of the later scenario missions.

Sadly, itâ€™s also by this point that the experience starts to grow tedious. Deathtrap isnâ€™t a bad way to spend two or three evenings, but once the campaign is wrapped up only truly dedicated tower defence players will want to linger in its murky underworld.