We reviewed Industry Giant 2 on launch day (Tuesday) and found it to be a rather effortless conversion, complete with fuzzy graphics and frustrating controls. Itâ€™s still engaging, but thereâ€™s no shaking the lack of thought and time and thatâ€™s gone into it. The price tag is an issue too – Â£31.99 on Xbox One and Â£34.99 on PS4. Stick with the remake that’s Â£6.99 on Steam.

Price may be an issue with Wild Guns Reloaded too â€“ itâ€™s Â£24.99. Destructoid reports of a 45 min runtime, but due to its arcade-like nature it was of course designed with replay value in mind. They went on to give it an 8/10. Itâ€™s getting a physical release in other parts of the world, if youâ€™d rather have something to show for your money. Expect to pay around Â£25 for that, too. Natsume is clearly banking on nostalgia here â€“ the original Wild Guns is one of the most coveted SNES releases. 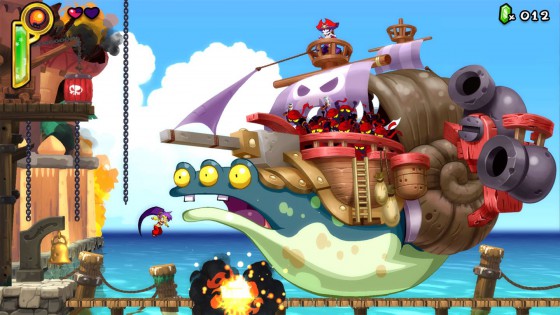 Shantae: Half-Genie Hero reviews are starting are tad more forthcoming, including 7.5 from Destructoid, 8.0 from IGN and 4/5 from Hardcore Gamer. â€œWhile the repetitiveness of revisiting levels can drag down the experience at times, Shantae fans and platforming fans alike shouldnâ€™t miss out on the half-genieâ€™s newest adventure,â€ said HG.

The PS4 also receives another glut of PSVR games, ready and waiting for those lucky enough to receive a headset this Christmas. These include Starship Disco, Fruit Ninja VR, escapism simulator Perfect, and Lethal VR – from the creators of Black, Burnout and Dangerous Golf. Theme park creator Rollercoaster Dreams also has VR support, giving the chance to ride rollercoasters until your lunch resurfaces.

On PS Vita there’s Air Race Speed and Dex, in addition to Shantae. The colourful Momonga Pinball Adventures meanwhile heads to both PS4 and Xbox One. 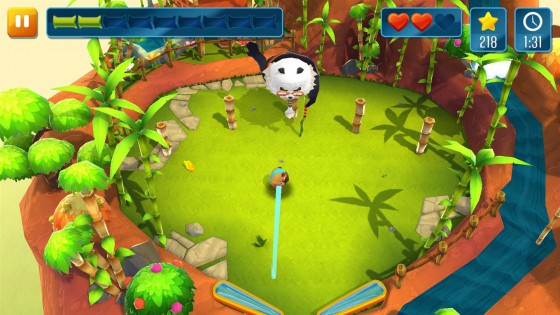 Then thereâ€™s The Walking Dead: A New Frontier – Episode 1. This season sees Telltale leaving last-gen consoles behind. The benefits are immediately visible â€“ it runs smoother, the facial animations are more realistic and the zombies have more detail, and are thus more grotesque, than before. Telltale has seen fit to provide a free demo that provides 30 mins of play. It truly is the season of goodwill.

Word has it the series is off to a promising start. Polygon opted for a 7.5 while Kotaku gave it a thumbs up. IGN meanwhile dished out an 8.2. â€œItâ€™s still a little disconcerting to still not have a clear idea where the season as a whole will be heading, but moment-to-moment, Season 3 of Telltaleâ€™s Walking Dead continues to deliver some of the impressive world-building and characterization that made me love the series when it first premiered,â€ they said.